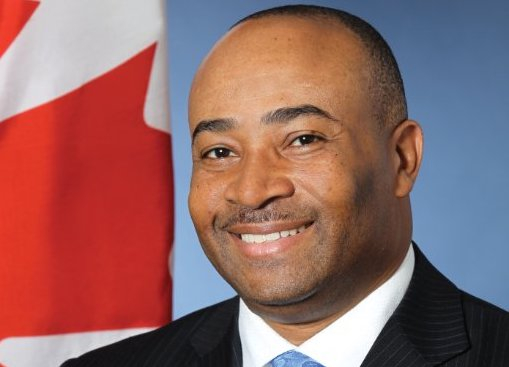 Sen. Don Meredith didn't uphold the "highest standards of dignity inherent to the position of senator" and acted in a way that could damage the Senate itself, says Senate ethics officer Lyse Ricard. Photo from Twitter
Previous story

The Senate ethics officer says a Toronto-area senator broke the chamber's code of conduct when he used the "weight, prestige and notability of his office" to have a sexual relationship with a "vulnerable" teenager.

In a long-awaited report released Thursday, Lyse Ricard said Don Meredith didn't uphold the "highest standards of dignity inherent to the position of senator" and acted in a way that could damage the Senate itself.

The report found Meredith used his Senate cell phone for explicit chats, tried to help the woman land an internship on Parliament Hill, said he would appoint her to a committee looking at building a memorial to the first black soldier to receive the Victoria Cross, and seeing if he could help with her mother's permanent residency file.

"Senator Meredith brought into the relationship the power and influence of the office of senator, while Ms. M was a vulnerable teenager," Ricard wrote in her, at times, blistering critique.

"That dynamic pervaded the entire relationship, from the time it was initiated through to when it became sexual."

Meredith did not immediately respond to an email requesting comment on the report's findings.

However in a letter attached to the report, Meredith, an ordained minister, told Ricard that he deeply regretted what happened, but that God, his wife, and his two children had forgiven him.

Meredith said he placed himself under the guidance of spiritual advisers, engaged in "continuous prayers of repentance" and sought the forgiveness of his family, went to counselling, started one-on-one ethical guidance with a former senator (who isn't named in Meredith's letter), completed a professional development course, and reviewed the ethics code.

"The lessons and habits that I have learned from these efforts will ensure that any breach of the code will never be repeated," Meredith wrote.

However, Ricard said the measures weren't enough and don't remedy the harm his actions caused the Senate.

It will now be left to senators to decide what, if any, punishments Meredith will face.

Appointed by former prime minister Stephen Harper, Meredith quit the Conservative caucus in June 2015 after the Toronto Star first reported on the relationship. Meredith now sits as an independent.

Ricard said the two met in at a Black History Month event at a church in Ottawa in February 2013 where Meredith, then 48 years old, was a speaker.

The two then started text messaging and speaking on the phone.

As for her age, the report says the woman told Meredith three weeks after meeting that she was 16, but Meredith told Ricard he could not recall when that happened. Ricard sided with the woman's version of events.

Ricard wrote that in December 2014, a few days before the woman's 18th birthday, the woman said she and Meredith were in her apartment when Meredith "gave her what he called a 'teaser'", something Meredith denied. The woman said Meredith "penetrated her with his penis for about maybe a minute," which Meredith also denied.

Meredith told Ricard he never had intercourse with the woman before 2015.

The relationship ended in May 2015 and the two haven't had contact since.

Ricard said she found the woman to be a credible witness. The woman's testimony was often directly supported by text messages and emails she had kept, as well as with Meredith's Senate cell phone records, Ricard wrote.

Ricard said that Meredith denied certain interactions occurred, saying that the woman was lying about events that the documentary evidence suggested had actually occurred.

Grooming and manipulating a

Grooming and manipulating a 16 year-old into a sexual "relationship" doesn't just make him unfit to sit in the Senate, it makes him a pedophile. Sexual exploitation of kids is reprehensible and firing him should be automatic, since he's already admitted guilt. Pension and benefits cancelled. Allowing these predators to keep their cushy jobs normalizes the behaviour and gives tacit approval. These predators are everywhere and all ages. If the culture of female exploitation is to end, zero tolerance is needed.