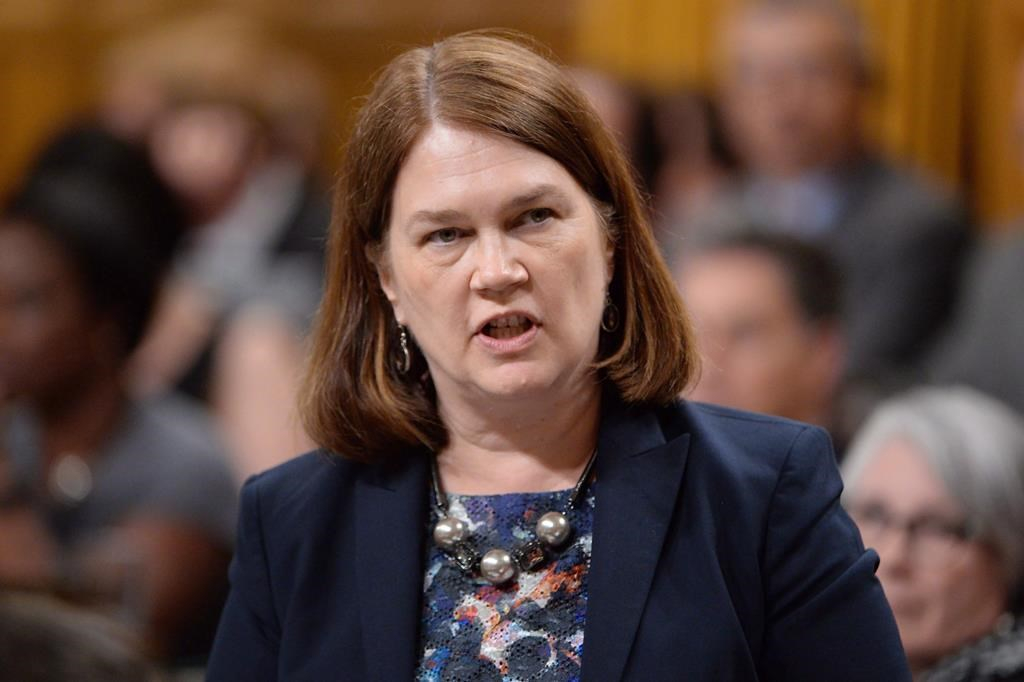 Health Minister Jane Philpott confirmed on Mar. 10, that Ottawa has reached health agreements with Quebec, Ontario and Alberta — a dramatic turnaround after months of negotiations and threats of walkouts last year. File photo by The Canadian Press
Previous story
Next story

Health Minister Jane Philpott confirmed the deals — which leave Manitoba as the only provincial holdout — with a wide grin and high-fives with fellow cabinet ministers during Friday's question period in the House of Commons.

She later denied the government used a "divide-and-conquer" strategy against the premiers and their once-united front against planned reductions in annual health transfer payment increases.

"They have, in their own time, come to an agreement with us," Philpott said.

Part of the new agreement with Alberta includes $6 million to help the province in its fight against an escalating opioid crisis. B.C., which reached a deal with the federal government in February, also received money to address this issue to the tune of $10 million.

On Friday in Saguenay, Que., Quebec Premier Philippe Couillard lauded Ottawa for acknowledging his province's "distinct" character and accepting the "principle of asymmetry," noting this will allow Quebec to use federal transfers as it sees fit.

"I think we can say it's even been improved. My job will always be to make sure Quebec's distinct character is recognized and highlighted in concrete fashion."

Asked at a news conference Friday in Houston about the deals in general and Couillard's comments in particular, Prime Minister Justin Trudeau insisted the agreements were a victory for federalism and for Canadians.

"The fact that we have provinces who have agreed that making historic investments in home care and in mental health is important for our communities, for our families and our economic productivity, for our society, is a very big win," he said.

Canadians expect the federal, provincial and territorial governments to work together, he added.

"Sometimes, that will be one big agreement signed by everyone," he said. "Other times it will take specific negotiations with each of the provinces."

Philpott has long advocated for targeted money in home care and mental health in order to ensure the areas are treated as priorities.

At a meeting of health and finance ministers in December, the provinces and territories rejected a federal offer of $11 billion over 10 years for home care and mental health, as well as $544 million over five years for prescription drug and innovation initiatives.

At the time, Quebec Health Minister Gaetan Barrette threatened to walk away from the negotiating table if the federal government didn't put up more money, while Ontario Finance Minister Charles Sousa accused Ottawa of preferring a unilateral approach.

Sousa said Friday there are "always some sweeteners" in play with bilateral deals, suggesting Ontario reached its health deal with the federal government while also striking an agreement on social housing.

He offered no further details on what that entails.

"Some provinces asked for (money for) opioids for example, some others have asked for a few other things for their respective communities," he said.

"In our case, social housing is important and the federal government recognizes that too and so we'll be able to work with them on that score."

Ontario would have preferred to have been involved in a pan-Canadian agreement, Sousa added, noting he doesn't think that is up for discussion anymore.

"We're agreeing to it, so we're moving forward," he said.

In December, the main point of contention was a federal plan to limit annual health transfer increases to three per cent a year — half the six per cent annual increase set out in the last long-term agreement with the provinces.

Philpott insisted, however, that the federal government had put substantial offers on the table that she believed would change the face of health care.

Manitoba NDP MP Daniel Blaikie lamented Friday that his home province has been left as the lone holdout, saying the Liberals had promised to include everyone in a national accord.

Side deals with individual provinces are a far cry from such an accord, Blaikie said.

"It is unfortunate; Manitoba's being put in a difficult position," he said. "We never should have got there because we should have had federal leadership to negotiate a real national health accord."

For her part, Philpott seemed optimistic Friday that Manitoba will reach agreement soon.

"I suspect we'll be hearing soon from Manitoba," she said. "No doubt people of Manitoba are keen to have additional resources for these particular areas."

The Manitoba government declined comment Friday and would not confirm whether or not they are in talks to sign on.