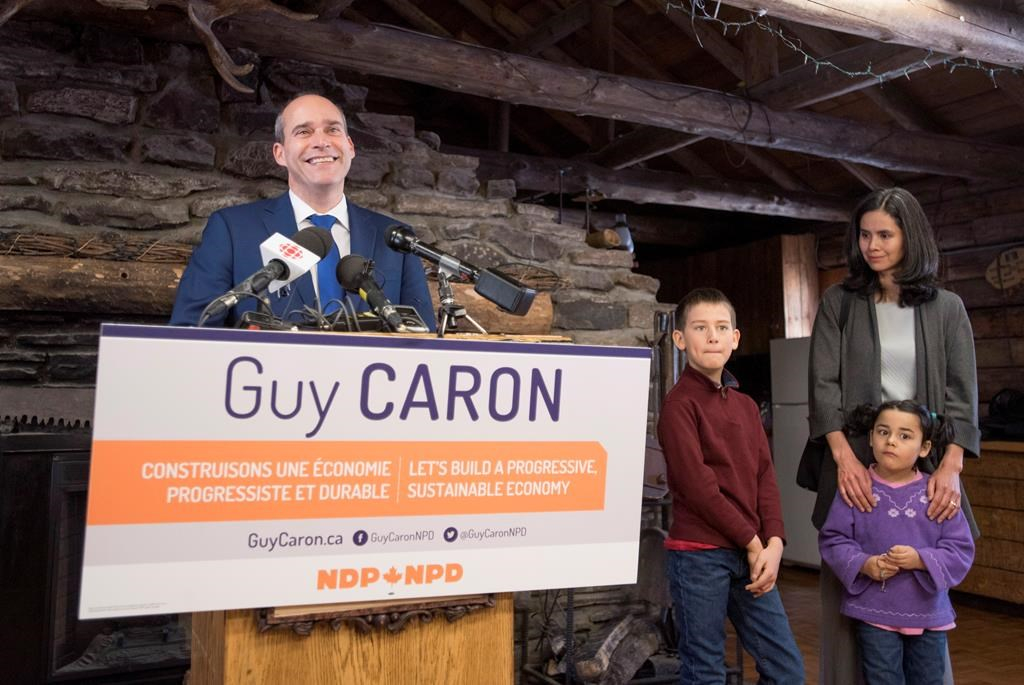 Quebec MP Guy Caron, announces that he will run for the leadership of the NDP on Feb. 27, in Gatineau, Que. File photo by The Canadian Press
Previous story
Next story

As NDP leadership hopefuls prepare for their first debate on Sunday, Quebec MP Guy Caron is fleshing out his pitch for a basic income to reduce income inequality in Canada.

Caron, an economist, is proposing a taxable supplement that would help those Canadians whose income levels fall below a standard minimum threshold, determined in part by the size of their family and the city they live in.

He says the proposal would be designed to complement existing provincial and federal social programs, not replace them.

Caron says some 70 per cent of those people who are living in poverty are considered working poor: they have jobs, but simply don't earn enough to get by.

Other candidates in the race to replace Tom Mulcair as leader include Manitoba MP Niki Ashton, who entered the race this week, B.C. MP Peter Julian and Ontario MP Charlie Angus.

Would-be candidates have until July 3 to declare formally whether they are in the running; a new leader will be named in October.

"Despite what we've been led to believe, poverty and inequality are not inevitable," Caron says in a statement out Saturday.

The concept of a basic guaranteed income has been around for decades, and crosses partisan lines: an Ontario Liberal government pilot project is getting underway to test the viability of a basic income program.

But while the Liberals and the Conservatives see the idea as a replacement for existing social programs, "progressives recognize basic income as an important tool in fighting inequality and levelling the economic playing field," Caron says.

"The NDP is the only party putting forward basic income for the right reason: to end economic inequality."

Caron is sure to talk up his proposal during Sunday's inaugural leadership debate in Ottawa. But at least one potential candidate won't be there, since he hasn't made up his mind: Ontario deputy NDP leader Jagmeet Singh.

Singh says he is still weighing his options, but doesn't see a problem with not taking part in the debate.

"If I was in the race and ... chose not to go to the debate, I think that's definitely problematic," he said in an interview. "But not having decided, I don't think that's something I can really weigh in on."