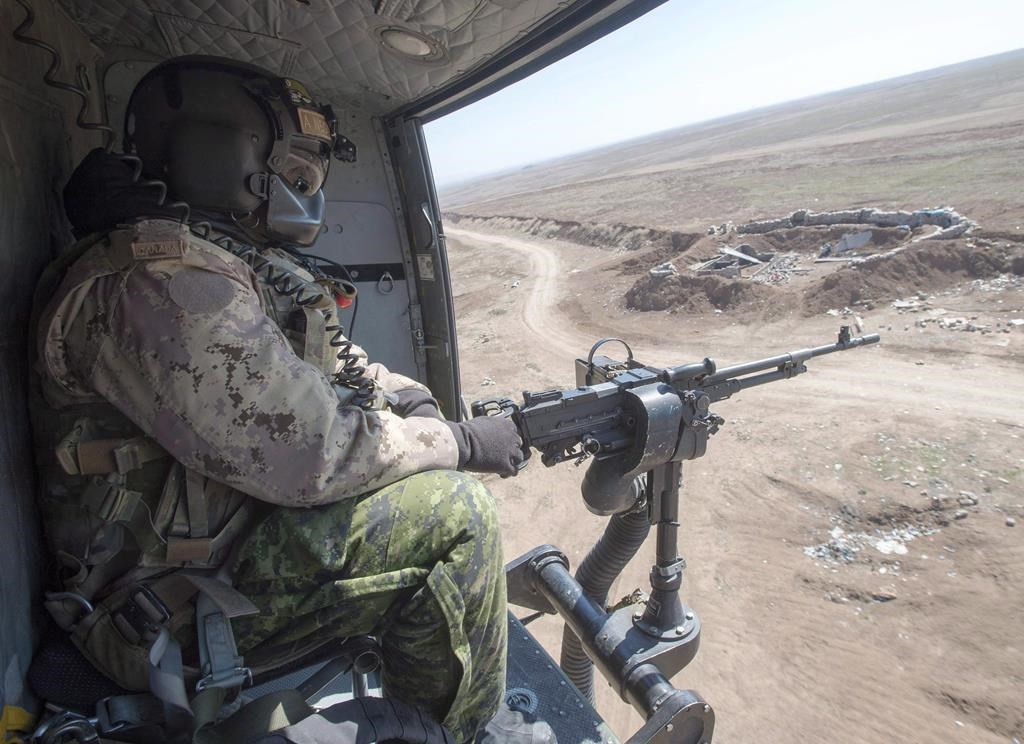 The head of NATO threw down the gauntlet Monday, saying he expects all members to increase what they spend on their militaries as a new report showed Canada lagging behind most of its allies.

Speaking in Brussels where he released his annual state-of-the-alliance report, NATO Secretary General Jens Stoltenberg said it is incumbent on all members to spend two per cent of gross domestic product (GDP) on defence.

That is the target all NATO members, including Canada, agreed to work towards in 2014.

"All our efforts must be underpinned by adequate resources and fair burden-sharing," Stoltenberg said. "It is realistic that all allies should reach this goal. All allies have agreed to do it at the highest level. It can be done."

Stoltenberg's report said Canada saw a small bump in defence spending in 2016, which pushed the percentage of its GDP spent on defence to 1.02 from 0.98.

Canada spends about $20 billion a year on defence and would need to double that to reach the NATO target.

The increase helped Canada move up to 20th from 23rd in terms of spending among NATO's 28 allies, putting it in a three-way tie with Hungary and Slovenia.

But it was still the smallest share of GDP that Canada has spent on defence since 2012, while only Belgium, the Czech Republic, Iceland, Luxembourg and Spain spent less.

The figures have taken on new importance following the election of U.S. President Donald Trump, who has complained about NATO allies not spending enough on defence.

Prime Minister Justin Trudeau appeared to all but dismiss the two-per-cent target during a visit to Germany last month, saying "there are many ways of evaluating one's contribution to NATO."

That is the message the government has repeatedly delivered, emphasizing Canada's military contributions to Latvia, Ukraine and Iraq in lieu of large spending increases.

While Liberal insiders say Canada's message has resonated in Washington, Stoltenberg was unwavering in his insistence that all allies meet the two-per-cent target.

At one point during Monday's news conference, he listed the many ways that Spain has contributed to NATO operations and security, which includes contributing troops to a Canadian-led battle group in Latvia.

"Having said that, of course Spain, as many other allies, invests too little in defence," Stoltenberg said. "And that's exactly why we decided in 2014 to stop the cuts, gradually increase, and move towards spending two per cent of GDP on defence. And I expect that Spain will deliver on that."

A former prime minister of Norway, Stoltenberg acknowledged the difficult choices politicians must make when it comes to spending limited taxpayer dollars.

He said politicians prefer to spend on education, health and infrastructure and many countries cut defence spending as tensions eased in the wake of the Cold War.

Defence Minister Harjit Sajjan recently revealed that he has ordered officials to look at how Canada calculates its defence spending compared with other NATO countries.

Only five NATO members currently spend two per cent of GDP on defence, though several have committed to reaching the target in the next few years.

Another example of how ass

Another example of how ass-backwards this world is. Instead of "requiring" countries to spend billions on weapons that (we hope) will never be used, we need to negotiate global contracts to scale back. The GHGs released in the production and testing - never mind actual devastating use - of these weapons is the highest of any industry. The "secret" ingredients used in some US missiles, like depleted uranium, are warping the DNA of all life forms in areas they have been deployed and after thousands of these, Iraq is the new Hiroshima of birth defects. There is no cure for this and the damage increases with every generation born. Vietnam is still suffering the effects of Agent Orange almost 50 years later. The consequences of these weapons are forever.
https://m.youtube.com/watch?v=XzCwSEsgM4Y

Obama ramped up the US nuclear weapon program focussing on building bombs with a small enough radius of damage to actually be used and Trump will now decide who to frag first.

Canada needs to take a stand for peace by declaring against all nuclear material in weapons, advocating for global bans on possession and use, scaling back militaries across the globe and nationalizing private weapons manufacturers. The "bomb first, investigate later" method has been proven an unmitigated disaster. It's time for money to be spent improving the environment, health, housing and education. Starting talks would rescue Trudeau from being seen as a lying neoliberal sock-puppet and put him on the statesman track, while achieving huge wins for the planet. The alternative is in everyone's nightmares.