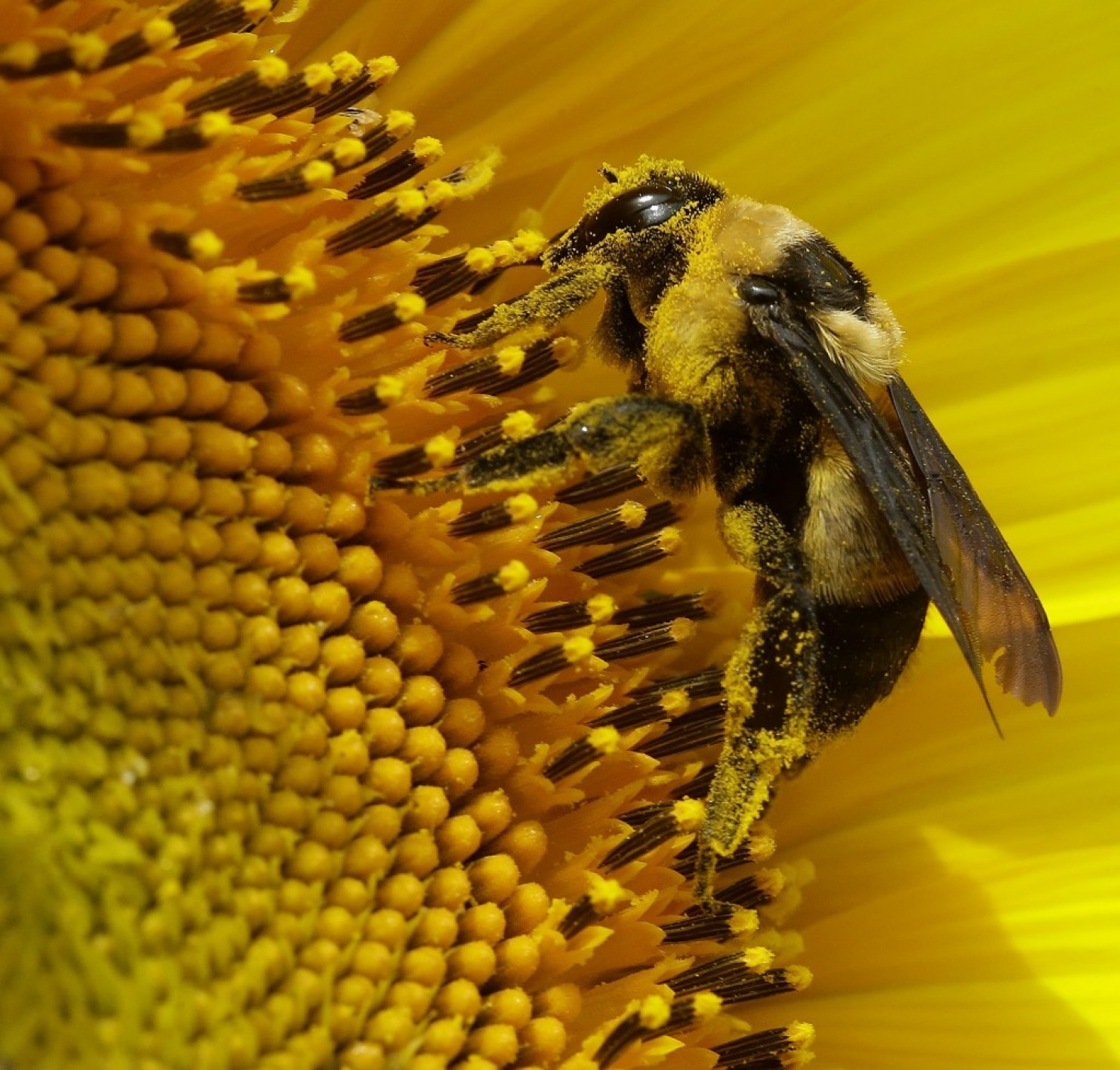 The Ontario Beekeepers' Association is urging the federal government to ban neonicotinoid pesticides. File photo by the Associated Press
Previous story
Next story

An organization representing Ontario’s beekeepers is urging the federal government to stop buzzing around the bush when it comes to the proposed phase-out of a type of pesticide tied to the global decline of honeybees.

The pesticide, imidacloprid, is part of a class of pesticides called neonicotinoids, which are widely used to kill pests on crops, as well as on lawns and to control ticks, fleas and lice on pets. In agriculture, seeds are often treated with imidacloprid before planting as a preventative measure against pests.

Health Canada’s Pest Management Regulatory Agency (PMRA) announced last year that the agency was recommending a three- to five-year phaseout of imidacloprid after concluding that it can harm aquatic insects at the base of many ecosystems, and could threaten birds and small mammals. “Based on currently available information, the continued high volume use of imidacloprid in agricultural areas is not sustainable,” the PMRA wrote in November.

The pesticide is also toxic to bees, and research has pointed to widespread use of it and other neonicotinoids as one possible cause of the global decline of honeybees, which has increased sharply since the late 1990s.

That’s why the Ontario Beekeepers’ Association (OBA) is recommending that Health Canada start its proposed phase-out of imidacloprid immediately, before the fall when many farmers buy and plant seeds that have been pre-treated with the pesticide and other neonicotinoids.

In a letter sent last week to a House of Commons committee studying the ban, the OBA wrote that the beekeepers in Ontario are continuing to see “abnormally high” signs of sick and dying bees, which they attribute to neonicotinoids like imidacloprid. Governments around the world started to take notice of the effects of the widely-used pesticides on bees over the past few years: the European Union banned neonicotinoids in 2015, and Ontario and Quebec have introduced plans to reduce their use. Montreal and Vancouver have also banned imidacloprid.

Health Canada reported in January that the overall number of bee deaths appears to have declined since the introduction of new measures to reduce the amount of neonicotinoid-laden dust created by farming, but cautioned that it's unclear if the decline is related, or due to other factors.

Edell said that beekeepers had suspected for years that neonicotinoids could be behind the mass deaths of bees and odd behaviour they have seen for years in their colonies. He said beekeepers often see disoriented bees struggling to find their way back to the hive or flying erratically, as well as dead queen bees and odd egg laying patterns – signs that the bees have picked up a sub-lethal dose of neonicotinoids, he said.

Fewer bees means less honey to sell, and dead queens have to be replaced at considerable cost. Edell said some beekeepers who can afford it move their colonies further north during pollination, hoping to avoid fields of corn and soy treated with imidacloprid.

The OBA is also recommending that the PMRA work to reduce the overall use of pesticides and try to ensure that they are used only when there is a “demonstrated need.” Edell said the OBA estimates the use of neonicotinoids could be decreased by as much as 80 per cent if farmers stopped using it as a preventative and switched back to untreated seed.

Last week, pesticide manufacturers, a pesticide industry lobby group and two environmental organizations – the David Suzuki Foundation and Équiterre – testified before the House of Commons Standing Committee on Agriculture and Agri-food. The committee is studying the ban and aims to send a report to the PMRA, which will make the final decision on the ban. The PMRA’s public consultation period on the proposed ban is scheduled to end next week.

The proposed imidacloprid ban focused on the pesticide’s effect on aquatic insects and mammals, not bees. Health Canada is looking at the specific effect of neonicotinoids on bees and other pollinators in a separate study.

“There’s overwhelming information coming out now on (neonicotinoids),” Edell said. “It should be an open-and-closed case.”

It is long, long past the

It is long, long past the point where the neonics must be banned. Didn't Rachel Carson teach us a single damned thing?

How much more research is

How much more research is needed by various branches of government while bees suffer what with possible further years of delay is looking like a close to mass extinction event?
The EU banned neonicotinoids in 2015.
Anyone remember the Grand Banks cod fisheries? Dear Cod, Dear Bees, Goodbye, Farewell-- actually, that wouldn't be Farewell... that would be Fareneveragain.

Kids: My read says it was

I'm not expert, but is there something not understandable about the impact of neonicotinoids (as in tobacco) on human required planetary food production?

Sadly, in Canada, neither big tent party is adverse to selling-out humans if it benefits big corporate plunderer aka their supporters.

That support nails the 'problem' – we have non-proportionally represented democratic voter voice recognition.

Who ya gonah call...and what will they do? Nothing! Unless we resist and demand more from those we elect a the local levels to give us voice at higher levels. ... jes sayin'

Fairvote Canada may be a good first start.