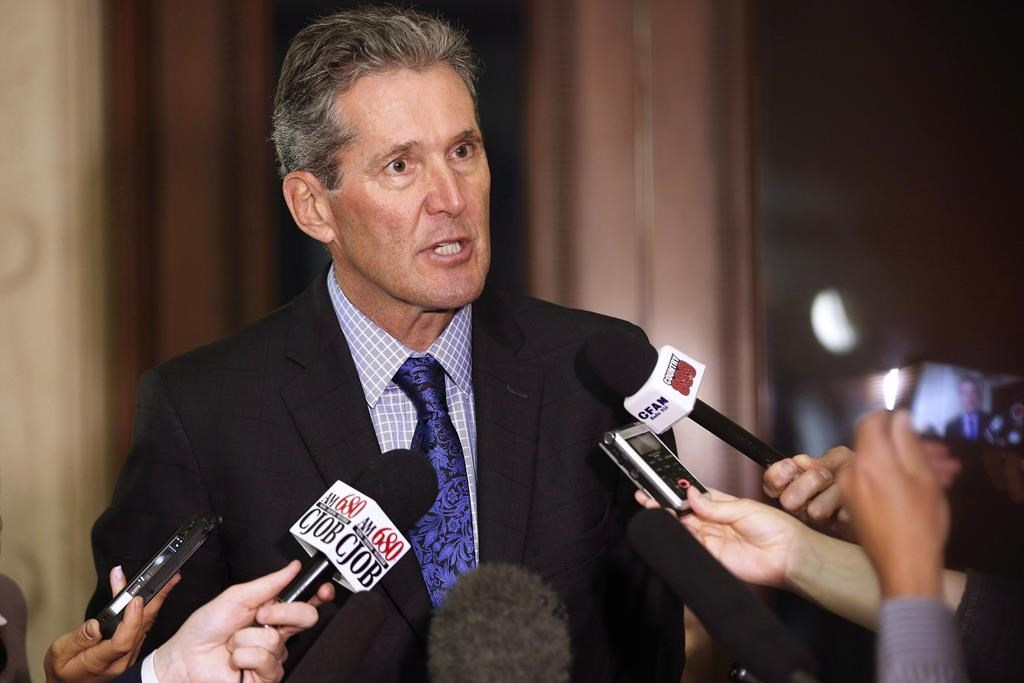 Manitoba is not worried about being the last province standing in a health−funding dispute with Ottawa and will not be rushed into accepting any deals, Premier Brian Pallister said Monday.

The dispute started last fall, when Ottawa said it would limit annual health−transfer increases to three per cent a year — half the six per cent annual increase set out in the last long−term agreement with the provinces.

In the ensuing months, the federal government sweetened the pot by offering extra money for specific projects — the opioid crisis in the case of Alberta and British Columbia, for example.

Pallister said the overall transfer increase being offered is not enough to keep up with the rising cost of health care. He said holding out has paid off so far because provinces other than British Columbia and Alberta, for example, will benefit from what they have managed to bargain.

"(B.C Premier) Christy Clark negotiated a side deal on opioids. Good. Good for her, because that benefits all Canadians ... and so what we’re trying to do is get the best possible deal we can for Manitoba, and I expect that will benefit every other province as a consequence."

Pallister would not provide any details, such as what deadline the federal government may have set or what extras it may be offering.

Pallister wrote to Prime Minister Justin Trudeau two weeks ago to ask that any deal include $6 million per year for the next ten years to combat kidney disease. He also asked for more support dealing with health−care issues in indigenous communities. Pallister would not say Monday whether any progress has been made since then.

"Discussions are continuing," he said.

Andrew MacKendrick, press secretary for federal Health Minister Jane Philpott, said in a statement that Ottawa has made an historic $11 billion offer to provide better health care for all Canadians.

"We’ve been able to reach agreements with all 12 other provinces and territories," he said. "As a result, families in every other jurisdiction in the country can look forward to better health care, particularly in the urgent priorities of mental health and home care. We know that Manitobans would also like to see the benefits from an agreement."

Health minister plans to engage with provinces, territories as soon as next week