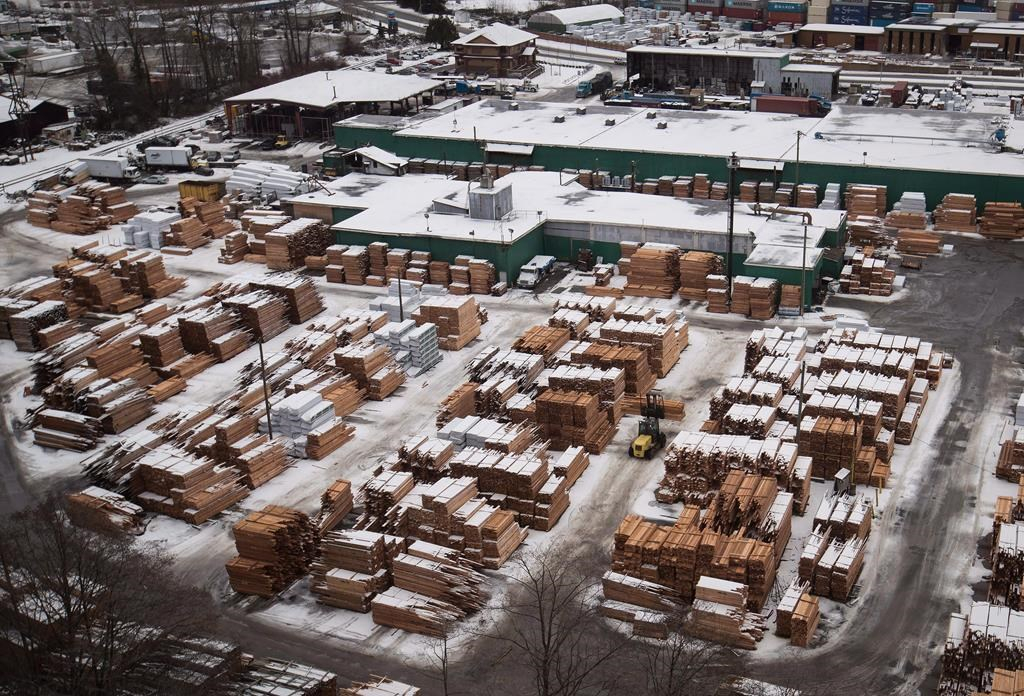 Canada's lumber industry is in a stronger position to weather a U.S. trade battle, but smaller Quebec and Ontario producers are vulnerable. Photo by The Canadian Press
Previous story
Next story

Canada's lumber industry is in a stronger position to weather a U.S. trade battle than it was during the last major clash a decade ago, but smaller Quebec and Ontario producers would be particularly vulnerable to duties that may arrive within weeks, industry observers say.

B.C. producers such as West Fraser Timber, Canfor and Interfor have hedged their bets, purchasing sawmills in the U.S. primarily in the years when there was a truce over softwood. They've also seen softwood exports to China grow, giving them some degree of protection against tariffs that the U.S. could impose as early as May.

"The big players in the West are now in a more comfortable position than they were 10 years ago," says Andre Tremblay, head of the Quebec Forest Industry Council. "We are in a much more delicate situation now than during the last conflict."

Due to their distance from China, Quebec and Ontario sawmills largely missed out on the surge of shipments to Asia's largest economy. Canadian softwood exports to the country grew from $55 million in 2005 to $1 billion last year, according to Statistics Canada. Almost all was supplied by British Columbia.

China accounted for about 10 per cent of total Canadian softwood exports last year, up from less than one per cent before the last softwood agreement was signed in 2006 though down from a peak of about 21 per cent in 2011.

British Columbia's efforts to ramp up exports to Asia have helped better position the Canadian industry in the latest trade dispute, despite the pressures in other provinces, said provincial Forests Minister Steve Thomson.

"If we're more diversified here, it provides opportunities for the rest of the country," he said in an interview.

In Central Canada, sawmills tend to be smaller, don't have as much cash flow to pay duties and are therefore more at risk of closing, experts say.

That's why Ontario and Quebec producers are pushing Ottawa to provide loan guarantees to help them pay duties and stay in business, something British Columbia isn't immediately considering.

Before the last softwood dispute was resolved, Canadian lumber companies faced U.S. duties of up to 27.22 per cent. If the industry faces duties between 25 and 40 per cent, as some have speculated, the blow would be swift, said Bob Matters of the United Steelworkers union.

Canada's share of the U.S. market predicted to fall over the next decade

Naomi Christensen, a lumber policy analyst with the Canada West Foundation think tank, noted lumber prices have almost doubled since 2009, when the United States was in the grips of a housing crisis, meaning Canada presents less of a long-term threat to American producers.

She said Canada's share of the U.S. market, which has historically hovered between 30 and 34 per cent, is expected to fall to 25 per cent by 2027 because of the effects of the mountain pine beetle infestation in British Columbia and reduced harvests in Quebec.

"We often hear about concerns in the U.S. about a wall of wood flowing in from Canada, cheap lumber, but we don't have the physical supply anymore to do that, even if we wanted to," she said.

There is one constant in the dispute, Matters says — strong economic arguments haven't been enough to overcome a U.S. lumber lobby that has consistently pressed for limits to Canadian imports, regardless of which political party is in power.

While protectionist winds are blowing strongly south of the border, it's not yet clear whether President Donald Trump will fully back the U.S. Lumber Coalition.

The group wants to reduce Canadian lumber imports, which it says would protect the American forestry sector. But the National Association of Home Builders, another U.S. organization, estimates a 25-per-cent duty on Canadian lumber would result in about 8,000 American job losses.

"That's why I think the economic message — talking about the role that Canadian softwood plays in the U.S. economy in all these different ways — is going to be the way of getting our point across with this administration," said Christensen.