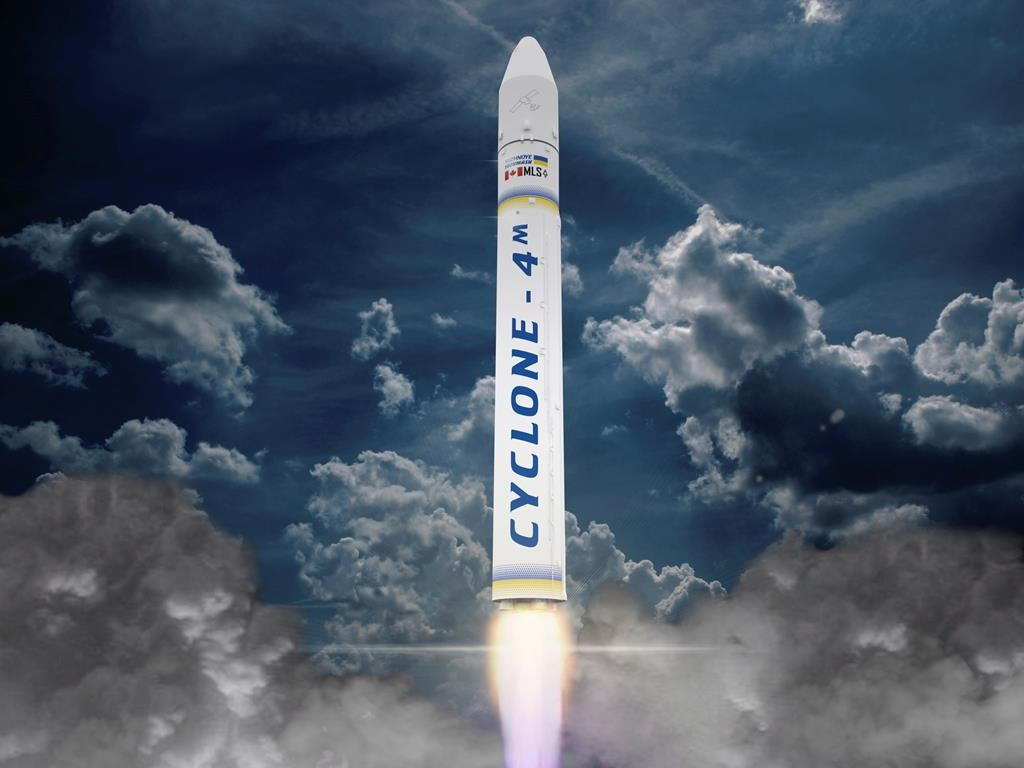 Maritime Launch Service Ltd. says it has committed to establishing a launch complex for satellite-carrying rockets in Nova Scotia. Once completed, the site would be used to launch the Ukrainian-built Cyclone 4M rocket. Photo by The Canadian Press
Previous story
Next story

An isolated community on Nova Scotia's eastern coast could soon be home to the only commercial spaceport in Canada.

Maritime Launch Services Ltd. announced Tuesday that it has committed to establishing a launch complex near Canso and Hazel Hill.

The Halifax-based company, which is a joint venture of three U.S.-based firms, said it chose the location in Guysborough Municipality after an assessment of 14 potential locations across North America.

Steve Matier, head of spaceport development, said the company met with members of the community last month and many joked about the Canso area as a location.

"They described Canso as not at the end of the earth, but you could see it from there," said Matier in a telephone interview from Albuquerque, New Mexico. "That's what you are really looking for. You are looking for a place that has a good buffer from people and an access to a trajectory so that you have a client base that is interested in putting satellites into orbit."

Matier said the facility would launch medium sized (3,350 kg) rockets on a due south trajectory. The cost of each launch is targeted at US $45 million.

Once completed, the site would be used to launch the Ukrainian-built Cyclone 4M rocket into space. The company said the Ukrainian provider of the rocket, Yuzhnoye and Yuzhmash, has been in operation for 62 years and has built and launched more than 400 spacecraft.

CEO John Isella said the project is solely a commercial venture and no government funding has been requested, mainly due to the relationship with the Ukrainian firm. He said it will cost upwards of $226 million to get the company to the first launch.

Isella said the company is optimistic it can break ground on its new facility within a year and meet market demands with a first launch in late 2020. He said the spaceport would consist of a launch pad and a processing building and control centre that would be built about three kilometres away.

In addition to the construction jobs over three years, Isella said between 30 and 50 permanent jobs would be created locally. He said a spinoff effect would also be created for the local economy because each launch mission would require up to 100 support staff who would populate the site for about six to eight weeks prior to a launch.

In the meantime, the company is working on getting regulatory approval from the federal and provincial governments.

Matier said that would involve environmental and land use approvals as well as clearance from NAV Canada and Transport Canada. He said he met last week with the two federal agencies to discuss issues that could arise because the site would be near the main trans-Atlantic air corridor used by thousands of commercial airlines.

"There is optimal times where there is significantly less traffic, so it is a matter of trying to work out what kind of restricted space we'll need for our launch and when their air traffic is heaviest or lightest," said Matier.

He said the company would also have to consider the needs of local fishermen because any launch would need a large amount of open water south of the pad location.

"We certainly can't be doing that (launching) in the middle of lobster season," said Matier.

The venture would mark of return of sorts to a communication age that had once seen Canso on the cutting edge.

In the 1880s, the community was the landing spot for a subsea communications cable between North America and Europe. The cable was used to transmit news of the Titanic disaster in 1912 and later carried word of the end of the First World War in 1918.

Liberals nearing decision on how to spend $800M earmarked for innovation