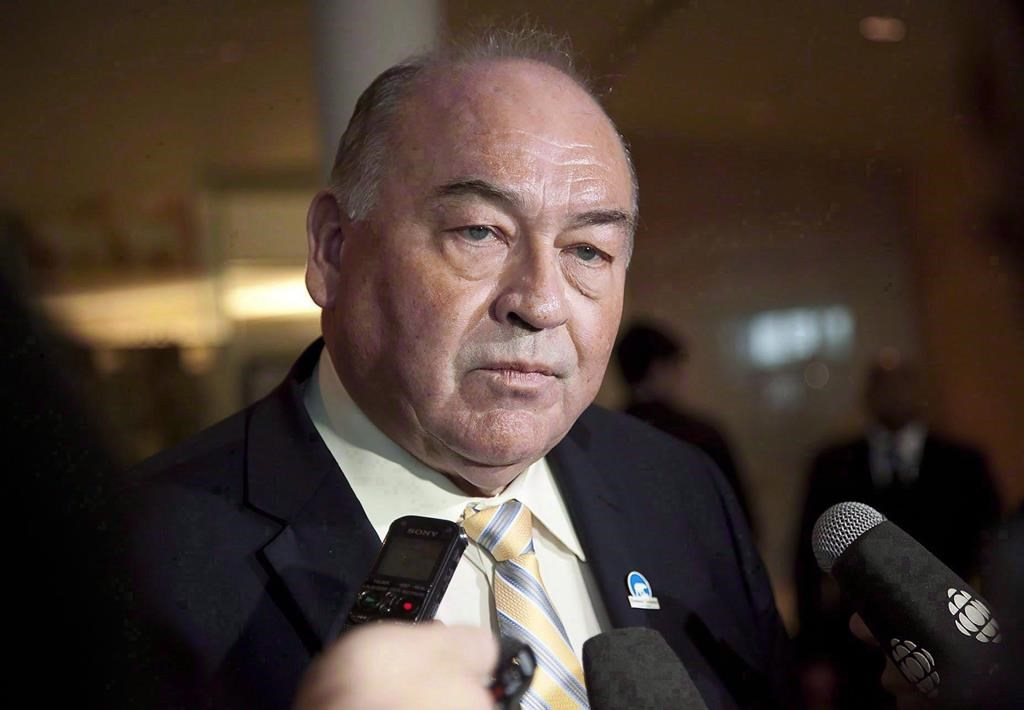 The premier of the Northwest Territories Bob McLeod is blasting federal policies that he says will stifle a viable energy sector in the North. File photo by The Canadian Press
Previous story

The premier of the Northwest Territories is blasting federal policies, including promises to restrict greenhouse gas emissions, that he says will stifle a viable energy sector in the North.

Bob McLeod told an Arctic oil and gas symposium in Calgary on Wednesday that a national carbon price and a five-year ban on drilling in the Arctic's Beaufort Sea have created a "no-win situation" for his territory's efforts to develop a strong resource economy.

The drilling ban was announced in December by Prime Minister Justin Trudeau, who said the measure was needed to protect the Arctic's ecosystem.

At the same time, then U.S. president Barack Obama declared a permanent ban on drilling in the bulk of U.S.-owned waters in the Arctic Ocean — a move that U.S. Republicans have vowed to reverse under President Donald Trump.

McLeod says if the U.S. ban is overturned, it will result in a competitive disadvantage for Canada's North.

"We want to have a decision that will give us some hope," he said.

"I think for a lot of people, the prime minister took away hope from ever being able to make a long-term healthy living in the North by suggesting there should be a lifetime moratorium in the Beaufort."