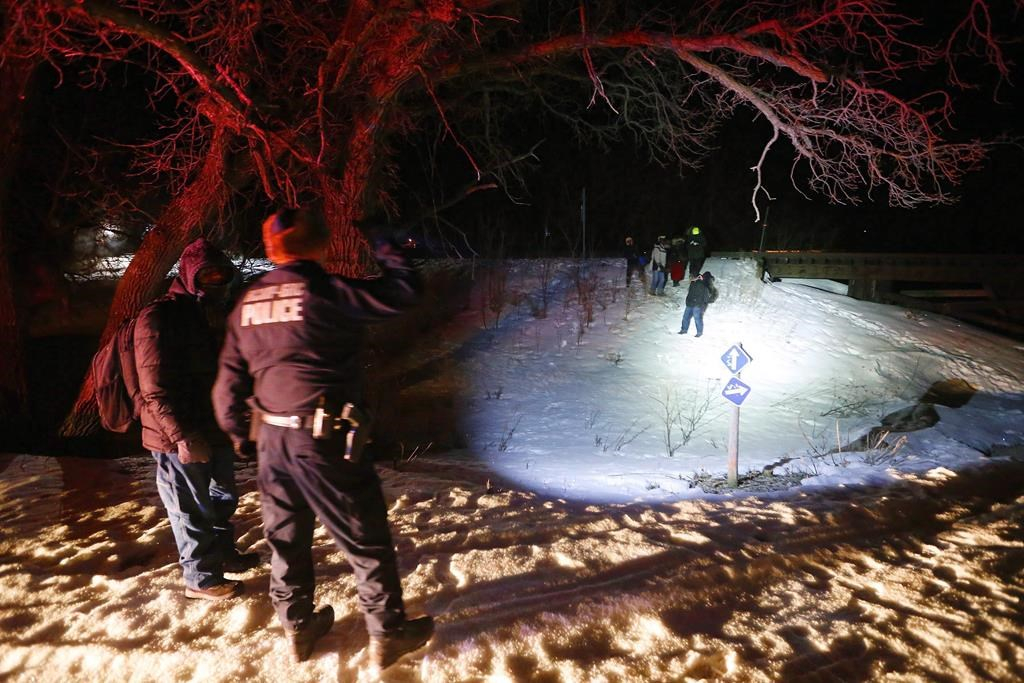 Migrants from Somalia cross into Canada illegally from the United States near Emerson, Man. File photo by The Canadian Press
Previous story
Next story

The Immigration and Refugee Board is doing its best to cope with a growing number of asylum claims in Canada, but the federal Liberals must take action as well before an unmanageable backlog gets created, the head of the IRB says.

The rapid pace of the increase in new claims sees the board — an independent tribunal that decides on immigration and refugee cases in Canada — potentially on track to receive 30,000 claims this year — triple the number lodged before it just four years ago.

"There is a limit to what you can do ...," said IRB chairman Mario Dion in an interview with The Canadian Press. "Efficiency has increased significantly, but there is no way we can deal with 30,000 cases when we're funded for about 17,000."

While the public eye is on the pressures created by people crossing illegally into Canada in the last two months to seek asylum, claims before the IRB began rising in earnest in the last six months.

The board now anticipates their backlog could hit 30,000 cases this year and average wait times will increase by four to eight months, the board said in a report published late last week.

They are working to manage it. The board was given about $4 million to handle an expected increase in claims from Mexicans after the government lifted visa restrictions on that country in December. Those numbers are rising — in November 2016 there were 24 claims for asylum from Mexicans and in February there were 85.

Beginning in April, the IRB will start redeploying staff to split their time between backlog cases and new ones, and will fast-track what it defines as straightforward claims, among other things. While they have government funding for 94 people to decide claims, the IRB dug into its own pockets to hire about three dozen more.

But now Dion is waiting on whether a plan he put before the immigration minister months ago makes its way into next week's federal budget.

He said beyond the always-necessary extra money, he's hoping for legislative change.

The Conservatives moved in 2012 to address high intake levels and backlogs at the IRB by overhauling the refugee system. Among other things, they implemented an approach that differentiated claimants based on their country of origin and legislated deadlines for those claims to be decided.

For example, while people from designated countries of origin (DCO) were supposed to have their cases heard faster than people from elsewhere, it didn't happen routinely. Short timelines made it harder to gather all the information required to hear the case, a recent internal evaluation into the program found.

If the DCO system was dropped, Dion said, things would be better.

"It would simplify our life from a case management point of view," he said. "I don't have a political view."

The Liberals had promised action on the DCO system, saying when they formed office that they'd set up an expert panel to help review countries on the list.

That pledge wasn't in Immigration Minister Ahmed Hussen's mandate letter when he was appointed in January, but there is mounting pressure from within government to offer a policy response to the increased number of asylum claims.

A spokesperson for Hussen wouldn't say much when asked about the status of the DCO review.

"Work is ongoing," Camielle Edwards said in an email, but she declined to elaborate.

The backlogs and the DCO system combine to create a two-tier refugee program that stands in stark contrast to the Liberal government's message of being welcoming to refugees, said Jenny Kwan, the New Democratic Party immigration critic.

"The government needs to get on with it and put in the required resources to get these claims processed. It is blatantly unfair for the applicants," she said. "And it also puts in question of the integrity of the entire process when that happens."