High-heels debate should include industries other than restaurants: experts 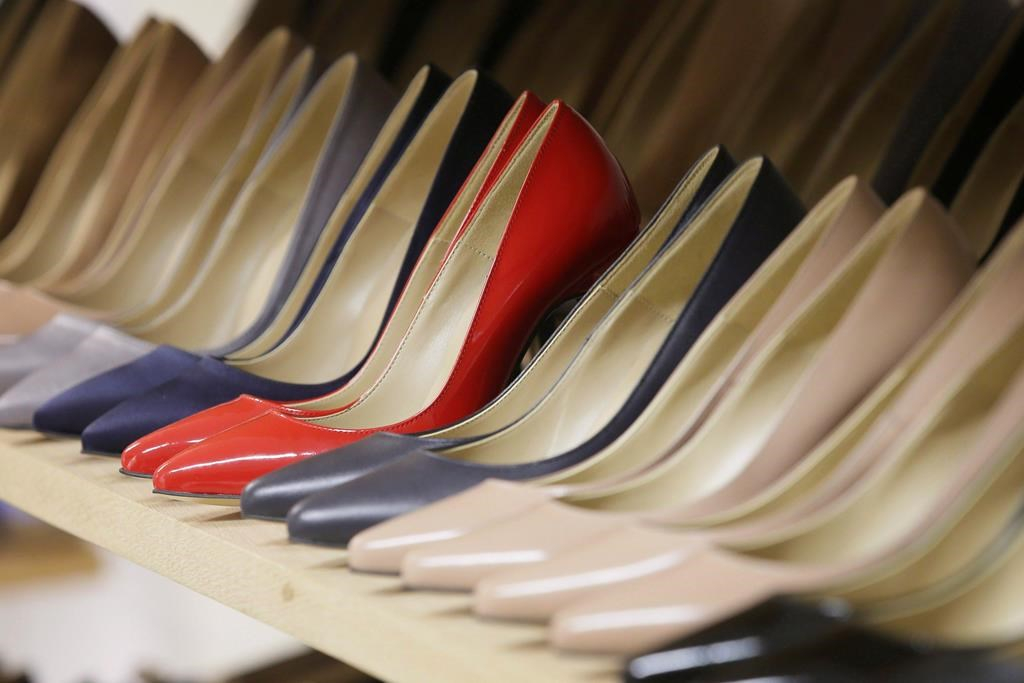 Servers clad in short skirts and stilettos could soon be a thing of the past, as British Columbia and Ontario take steps to ditch sexualized dress codes. File photo by the Associated Press
Previous story
Next story

Servers clad in short skirts and stilettos could soon be a thing of the past, as British Columbia and Ontario take steps to ditch sexualized dress codes. But women in other industries can face unwritten expectations of lipstick and heels, say workplace equality experts.

Researchers and human rights lawyers say a broader discussion is needed of the pressures faced by women to spend more time and money on their looks than men. Gender stereotypes can permeate all kinds of workplaces, including when it comes to physical appearance, they say.

"Women can be judged more harshly due to these pervasive stereotypes," said Julie Nugent, vice-president and centre leader at the Catalyst Research Centre for Corporate Practice, part of a multinational non-profit organization. "When you think about dress and physical appearance, women face higher standards in a lot of cases than men."

Nugent said women leaders are often subject to what's known as the "Goldilocks syndrome," where they're perceived as either too tough or too soft, but never "just right." This also affects expectations for how women dress, in which their looks are scrutinized more than men's, she said.

"Sometimes that (focus on appearance) could even take away from a woman's abilities or her leadership style," she said. "That can be sort of white noise in the background."

B.C. Premier Christy Clark recently voiced support for a private member's bill that would have banned mandatory high heels in the workplace. But rather than pass the bill, her government is looking for the most "effective way" to make the fix, which could include changes to regulations.

The Ontario Human Rights Commission put forward a policy position last year making it clear that requiring female staff to wear high heels, low-cut tops or short skirts could violate the human rights code. It also contacted major restaurant and bar companies, with many saying they had already changed their dress code or planned to do so.

But in the U.K., the issue has also been debated in the context of professional workplaces. British lawmakers condemned sexist dress codes after Nicola Thorp complained that her employment agency required "regularly reapplied" make-up and shoes with at least a five-centimetre heel while she was working at a finance firm.

Renu Mandhane, chief commissioner of the Ontario Human Rights Commission, said the issue comes up most often in restaurants and bars.

"Often, when you're talking about offices and businesses, it's more about the implied expectation, rather than a formalized dress code," she said.

She said businesses can have a dress code as long as it's not discriminatory by imposing different or more onerous obligations on women. For example, it can't require that women wear skinny jeans and men wear straight-cut jeans — it should provide both options for both genders.

"If women want to wear skinny jeans, that's totally fine. It's about providing equivalent options so that they don't feel they have to wear something they may not feel comfortable with."

Robyn Durling, communications director of the B.C. Human Rights Clinic, said the province's human rights code already bans dress codes that discriminate on the basis of gender. But any regulatory changes by the premier would reaffirm the human rights code, he said.

He said Clark's government could amend workers' compensation policy to state that high-heeled shoes can cause injuries and therefore employers can no longer require staff to wear them.

It's important to recognize that men in certain industries probably feel equivalent pressure to look credible for their roles, said Karen Craiggs-Milne, a gender and diversity consultant.

"But that gender division, where women are taking time to put on make-up and do their hair and spend an extra hour in the morning just to be ready for the role before they're even judged on the work itself, I think is part of a broader issue of discrimination that shows up in the workplace."

She said the wage gap, lower promotion rates and expectations that women will do the office dishes or order lunch are other ways in which gender bias manifests in work environments, and are not disconnected from issues of physical appearance.

Diane Craig, president and founder of Corporate Class, which trains aspiring business leaders, said appearance is one pillar of "executive presence," but it's probably the least important one. She disagreed that women are required spend more money or time on their looks.

"We get our nails done. We get our eyebrows shaped. There's all of those things. It's like high maintenance. It's not that it's necessary," she said. "What's most important is that you are well-groomed and appear professional."

Cissy Pau, a principal consultant with Clear HR Consulting, also said she didn't think women faced an unfair burden compared to men. Presentation is important regardless of gender, she said.

"If you look completely dishevelled and that's comfortable for you, is that going to distract the person from taking your work seriously?" she asked.

"If you come in looking presentable and clean-cut and not presenting anything that's questionable, now appearance isn't an issue and your work becomes what people focus on."