Canada's smoking rate falls slightly, down to 17.7 per cent in 2015: StatsCan 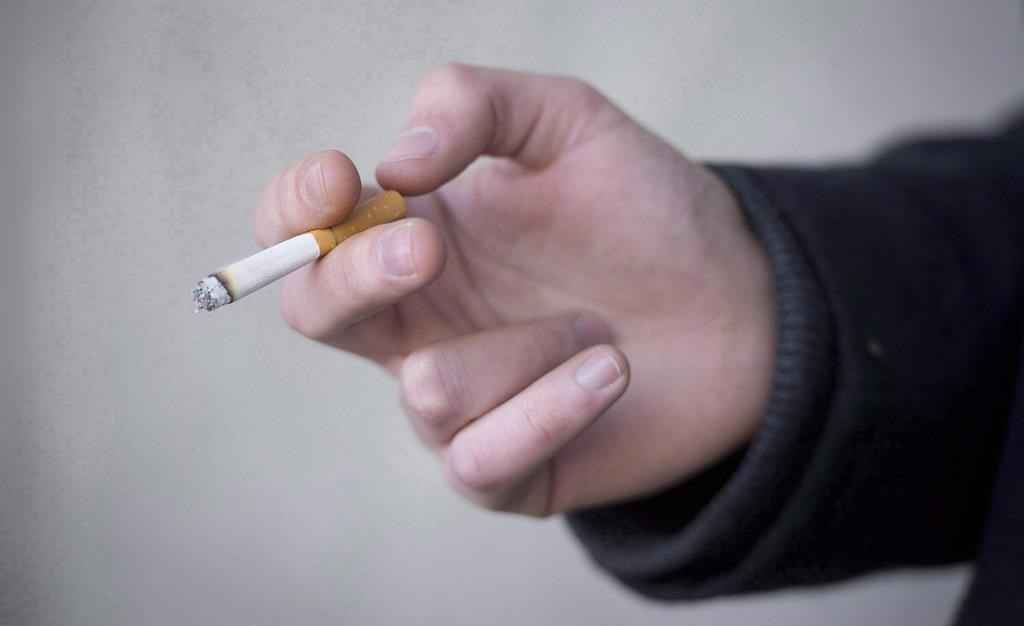 A smoker holds a cigarette during a smoke break outside a building in North Vancouver, B.C. Monday, Jan. 20, 2014. File photo by The Canadian Press.
Previous story
Next story

The number of Canadians who smoke tobacco appears to be dropping, a national survey suggests.

The Canadian Community Health Survey, released Wednesday, found 17.7 per cent of Canadians aged 12 and older — or roughly 5.3 million people — smoked either daily or occasionally in 2015, down slightly from 18.1 per cent a year earlier.

The Statistics Canada survey showed the proportion of people who smoked daily or occasionally was higher among males at 20.4 per cent, compared to 15 per cent of females.

Smoking rates have steadily been falling in Canada. In 2000-01, 26 per cent of respondents to the Canadian Community Health Survey (CCHS) reported using tobacco.

"These decreases in smoking prevalence are encouraging, but an enormous amount of work remains to be done," said Rob Cunningham, senior policy analyst at the Canadian Cancer Society, which is advocating that Health Canada mandate plain packaging for cigarettes and related products in its future tobacco control strategy.

Males aged 20 to 34 made up the largest proportion of tobacco users, with more than one in four reporting that they smoked.

Tobacco use was least common among youth aged 12 to 17, with about four per cent reporting they smoked in 2015, followed by adults 65 or older, at almost 10 per cent.

Of the non-smokers, almost 45 per cent were lifetime abstainers, while about one in five were former daily smokers.

People typically begin smoking during their teenage years, so the percentage who have not started smoking by age 20 is an indicator of future smoking rates, Statistics Canada said.

In 2015, almost 58 per cent of Canadians aged 20 to 24 had never smoked. In that age group, the proportion of those who had never used tobacco was higher for females than for males, at 65 per cent versus 53 per cent.

Among the provinces, British Columbia had the lowest proportion of smokers at about 14 per cent, while Newfoundland and Labrador had the highest rate of tobacco use at about 24 per cent.

CCHS smoking data for the country's three northern territories were not available for 2015, but the survey from 2014 showed that 26 per cent of Yukon residents, 33 per cent of those in the Northwest Territories, and 62 per cent of those living in Nunavut reported smoking.