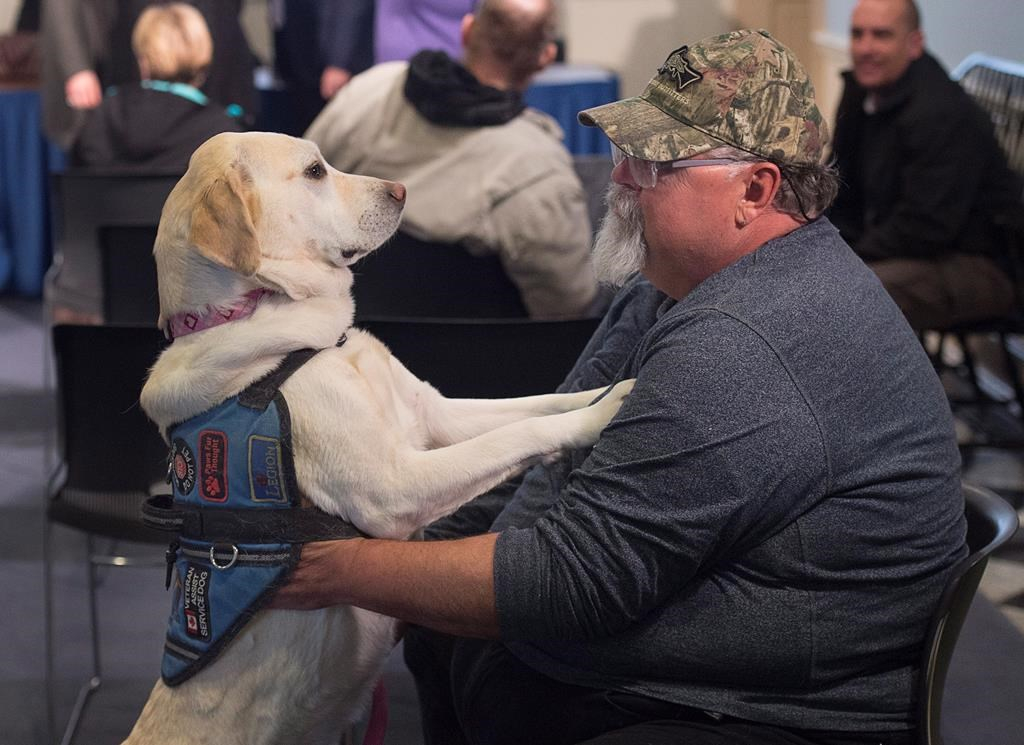 Medric Cousineau, a retired air force navigator who was awarded the Star of Courage, sits with Thai, his service dog who helps him cope with his post-traumatic stress disorder, at a news conference in Halifax on March 24, 2017. Photo by The Canadian Press
Previous story

Veterans advocates in Nova Scotia are blasting the federal government for its inaction on a promise to re-introduce life-long pensions for those injured in uniform, and say the provinces aren't doing enough to fight for needed health care resources.

Disabled veteran David MacLeod called on Prime Minister Justin Trudeau to keep a 2015 promise to restore life-long pensions that were replaced by a lump-sum payment.

MacLeod says this week's federal budget did not address systemic problems veterans face in dealing with Veterans Affairs, including a lack of access to benefits and services.

He says that has left veterans turning to the provinces to obtain what services they can, including health care.

Kim Davis, whose husband Blair has PTSD after serving in Bosnia, says many veterans are struggling to find help from the provincial health system for such things as mental health services.

Davis says provinces have to push Ottawa for additional veterans funding in order to relieve the strain on an already stretched health system.