'We'll get there': Morneau on more transparency for gender-based analysis 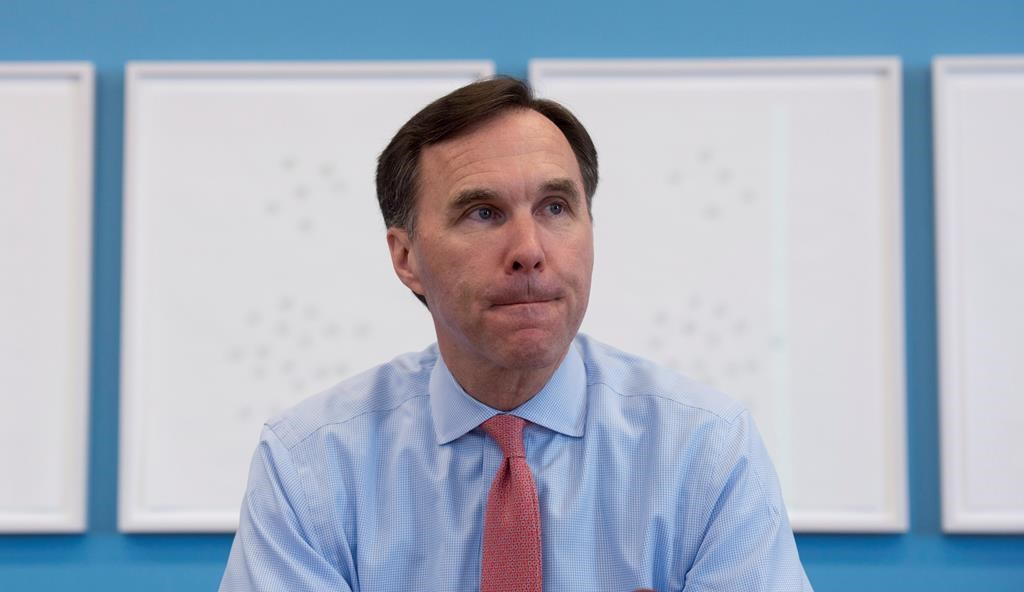 Finance Minister Bill Morneau said he recognizes the importance of transparency when it comes to scrutinizing how government spending impacts men and women — as well as other groups of people — in different ways.

"We do know that we need to give confidence to people about what we are doing, so how we communicate it is important," Morneau said in an interview Thursday, a day after tabling a budget that published a novel assessment of how some new fiscal measures would affect the female workforce.

"We'll get there," he said. "To me, the first and most important issue is doing the work and building the expertise, so that we really can look at each measure and figure out whether it's having the desired impact. And then we'll get to how do we make sure that you have confidence — because you've seen the results of the work."

Earlier this week, The Canadian Press reported on an August 2016 memo from Finance Canada that said departmental officials regularly review the gender-based analysis done on proposals from across the government, but suggested they wanted to keep their conclusions secret.

The memo, obtained under the Access to Information Act, indicated the long-standing practice of federal cabinet secrecy would prevent the sharing of analyses.

Gender-based analysis is a tool that helps government study how its policies, legislation and program decisions might affect men and women, or boys and girls, in different ways, along with taking age, income, ethnicity, sexual orientation and other factors into account.

The finance department plays a special role in this process, because it reviews the gender-based analysis other departments do on budget proposals before they go to Morneau.

Canada committed to using gender-based analysis more than two decades ago, but the policy tool received newfound attention this week as the 2017 budget included a 25-page "gender statement" that touched on how some of its commitments would benefit women, including measures aimed at boosting female participation in the workforce.

Those measures include $7 billion over 10 years to help improve access to affordable child care. There's also a proposal to amend the Canada Labour Code to give workers in federally regulated industries the right to formally ask their employers for more flexible working conditions, including the ability for victims of family violence to take some unpaid time away.

The section also hinted at a much deeper gender-based analysis going on behind closed doors, as it noted that since women will pay about 34 per cent of all federal personal income taxes in 2016 — compared to the 66 per cent paid by men — then tax measures also have gendered impacts.

It says the 2017 budget applied gender-based analysis to proposed tax measures, but only gives one example: the new Canada Caregiver Credit, which rolls three existing tax credits with similar goals into one.

It says that, according to Statistics Canada, about 54 per cent of caregivers were women in 2012, but that men made up 55 per cent of all individuals claiming one of the credits this would replace.

"Our goals around having a successful economy absolutely include having greater workforce participation for women, recognizing that women should be paid an equal level to men in similar roles, recognize that opportunities should be equivalent. So, our analysis will look at each measure in that light," he said.

The goal of gender-based analysis is as important as the process, Morneau said, but he also promised to get better at the process and find ways to be more open about it.

"We think this is a really historic first step. We've done some analysis against many measures in our budget. We don't have the expertise everywhere yet to do everything that we want, but we are going to build that," he said.

"We've laid down the gauntlet. We've said, 'in our budgets, we should be looking at the impact of women.' There's no going back."