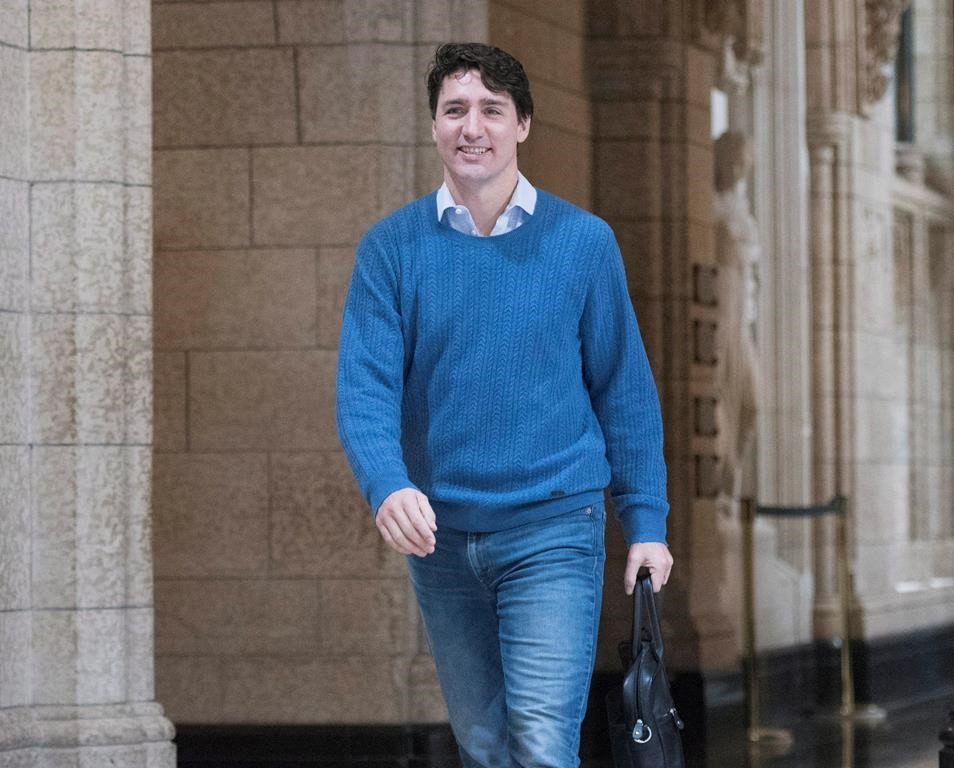 Prime Minister Justin Trudeau says he is not ruling out sending troops on a peacekeeping mission this year, even though Canada has not yet told the United Nations what it is up to. Photo by The Canadian Press
Previous story
Next story

Prime Minister Justin Trudeau is not ruling out sending troops to a peacekeeping mission this year, even though Canada has not yet told the United Nations what it is up to.

"We have a difficult history in Africa as peacekeepers and we need to make sure that when we embark on any . . . military mission, we make the right decisions about what we're going to do, how we're going to do it, and the kind of impact we're going to have on the ground and on Canadians," Trudeau said Saturday.

"That's a decision we're not going to fast-track. We're making it responsibly and thoughtfully."

The Liberal government pledged last summer to allot up to 600 troops and 150 police officers for UN peacekeeping operations, plus $450 million over three years on peace and stability projects.

Defence Minister Harjit Sajjan originally promised to reveal where they were headed by the end of last year. Military officials and Canadian diplomats put some work into figuring out where Canadian troops could make an impact, but an announcement has yet to be made.

The Liberals ended up stalling their plans — including a request from the UN to lead the peacekeeping mission in Mali — as the federal government tried to figure out the priorities of U.S. President Donald Trump and his administration.

Jordan Owens, a spokeswoman for Sajjan, confirmed Saturday that Canada has not provided the UN with formal notice of its specific contributions, saying "it would be inappropriate" to do so before the government has decided what that would be.

Asked Saturday morning whether that means Canada will not be sending more blue helmets out in the world by the end of the year, Trudeau said he would not draw that conclusion.

"We continue to look very carefully at ways to move forward on the strong commitment we made on peacekeeping," Trudeau said.

"We know that Canada has to play a strong and effective role on the world stage in ways that suit our capacities and we're looking to make sure that that happens right," he said.

Herve Ladsous, the outgoing UN under-secretary-general for peacekeeping operations, said Friday that he had been "very eager" when Canada made its peacekeeping promise.

Trudeau also stood firm on the Canadian line that its contribution to NATO should not be measured by that fact that it spend about one per cent of its GDP on defence, which falls short of the agreed-upon target of two per cent.

"Lots of different countries in NATO measure their contributions in different ways. Canada measures its contribution by the amount of times and ways that we step up concretely on issues that matter," Trudeau said.

Trudeau is on Parliament Hill for a rare weekend Liberal caucus meeting, where MPs are discussing the budget and how to make the most of their remaining time in Ottawa before they head home for the summer.

Liberal MPs who sit on the backbenches have recently been exercising the freedom Trudeau promised them with more free votes, such as when a majority of them voted earlier this month in favour of a bill that would bar health and life insurance companies from forcing clients to disclose the results of genetic testing. That happened even though cabinet voted against it and Trudeau said it was unconstitutional.

However, the prime minister said Saturday that his caucus is more united than ever.

"I've been around the Liberal party an awfully long time, as you all know, and I've never seen a caucus as strongly united in our approach and our values," Trudeau said on his way into the second day of the meeting.

— With files from Lee Berthiaume