Deadline passes for Conservative rivals to sign up new members 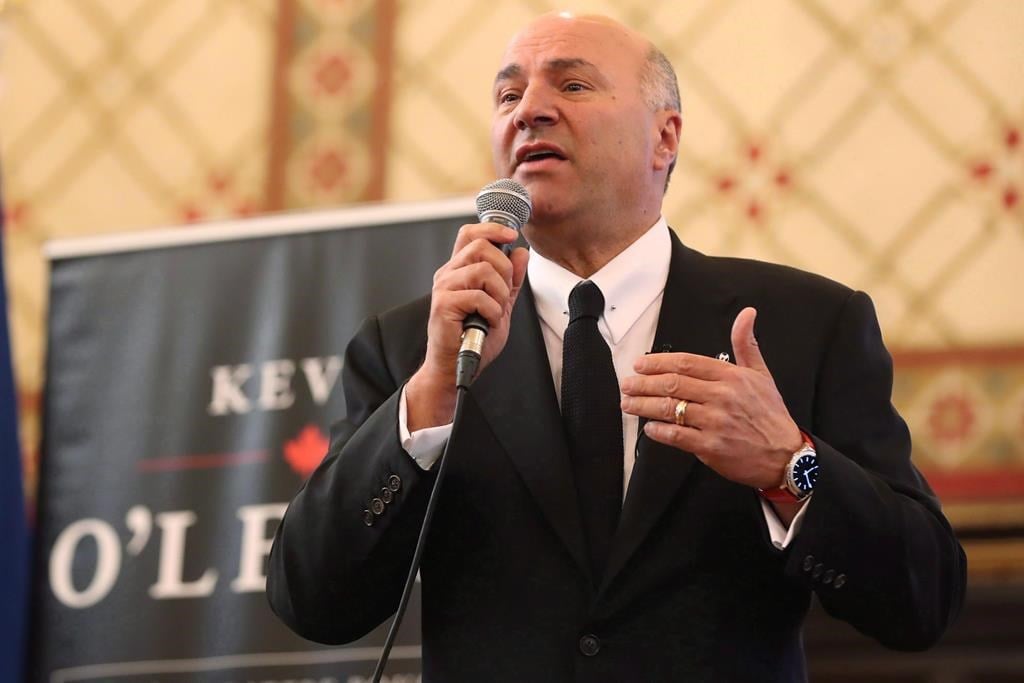 The deadline for Conservative leadership contenders to sign up new members has passed.

Kevin O'Leary was among the first out of the blocks to declare his membership total after the midnight cut-off, with an email blast declaring he had enlisted 33,336 members in 69 days.

Lisa Raitt told supporters in an email she's signed up at least 10,613, while Kellie Leitch said her campaign brought in 30,038 new members.

The numbers are difficult to verify; the party said it doesn't expect to release the official tally until some time in April and it is difficult to clearly link new members with specific campaigns.

The raw figures as well don't mean much, given the way the vote is structured. It's not one member, one vote. Instead, every riding in the country is allocated 100 points no matter how many members they have. Who wins is based on how many points they can receive.

In announcing his numbers, O'Leary also called on the other contenders to "release their accurate membership sales" and called on the Conservative party to audit the membership list to ensure it conforms to the rules.

The businessman and reality-TV star's challenge comes after the party removed more than 1,300 people from its membership rolls after a review found they hadn't paid for the memberships themselves.

"Following the issue we brought to light earlier this month regarding sketchy organizers buying fraudulent memberships, it is critical that all campaigns adopt the highest standards of ethical conduct when reporting on their membership sales," O’Leary said in his email.

Several campaigns pointed out that they can't release their membership sales numbers until they are verified by the party, a process that is expected to take weeks.

Raitt also echoed O'Leary's call for the party to root out any fraud.

"A Conservative party membership needs to be worth something, which means whoever is trying to cheat the system and add an inappropriate $20,000 into this race needs to be found and expelled," she wrote in an email to supporters.

The party said it wasn't possible to determine which campaign or campaigns were involved, since the memberships were purchased anonymously.

Just over 251,000 people took out memberships in 2004, before Stephen Harper was elected to lead the party that rose from a merger between the federal Progressive Conservatives and the Canadian Alliance.

Prior to the start of this race, the membership list had dipped to around 100,000 people.

The Conservatives are to choose a permanent replacement for interim leader Rona Ambrose on May 27.

Will Kevin O'Leary ride the 'Trump Bump' to victory in Canada?