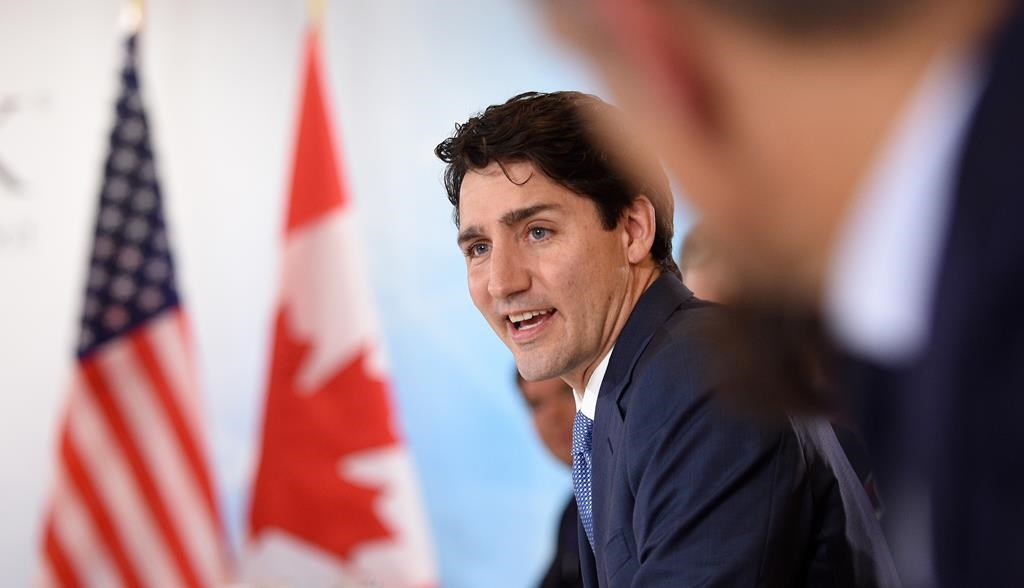 Prime Minister Justin Trudeau was called a "scumbag" by a protester during a news conference in Winnipeg on Wed. March 28, 2017. File photo by The Canadian Press
Previous story
Next story

"Canadian economic and environmental policy will be determined in Ottawa, not in Washington, D.C.," Trudeau said in a CBC news interview Wednesday in Saskatoon.

"We know that climate change means that we’re going to have to walk down a lower carbon path in the coming decades. The question is, do we want to be dragged into that future kicking and screaming or do we want to lead it, like the innovators we can be."

Trudeau said there is a tremendous opportunity for Canadian innovation and leadership on climate change.

Trump, who has called global warming a hoax invented by the Chinese, has said he would kill former president Barack Obama’s climate plans. An executive order signed by Trump Tuesday initiates a review of Obama’s signature plan to restrict greenhouse gas emissions from coal−fired power plants.

There will also be a review of efforts to reduce methane emissions in oil and natural gas production. Trump also plans to rescind Obama−era actions that addressed climate change and national security and efforts to prepare the U.S. for the effects of climate change.

The Trump administration still is deciding whether to withdraw from the Paris Agreement on climate change.

Earlier in the day, Trudeau held a news conference in Winnipeg that was interrupted by a protester who called the prime minister a scumbag. The man carried a camcorder as he heckled Trudeau about the carbon tax while the prime minister answered other questions.

Staff from the Prime Minister’s Office said the man gained entry to the event claiming to be a member of the "world alternative media" and security eventually led him out of the room without incident.

"Shame on you and your globalist counterparts," the man said. "You’re scumbags. You are an absolute scumbag."

Trudeau was in Winnipeg to tout child−care investments his government announced in last week’s budget.