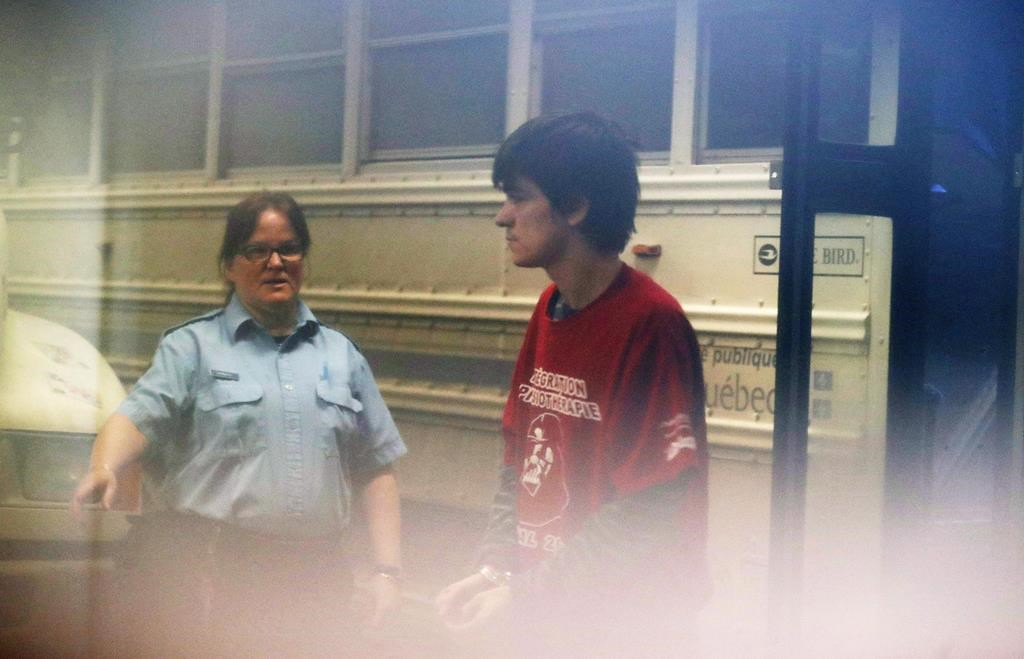 Alexandre Bissonnette, a suspect in a shooting at a Quebec City mosque, arrives at the court house in Quebec City on Tuesday, February 21, 2017. File photo by The Canadian Press
Previous story
Next story

Alexandre Bissonnette, 27, appeared briefly before Quebec court Judge Jean-Louis Lemay and acknowledged he was bringing in a new attorney.

Jean Petit, a defence lawyer who'd been representing Bissonnette since his arrest, recused himself.

He was replaced by Charles-Olivier Gosselin, a legal-aid lawyer.

Dressed in a black shirt, Bissonnette was attentive during the proceedings as he sat behind a glassed-in prisoner's box.

Asked by the judge if he wished to change his legal representation, Bissonnette responded, "Yes sir."

The case was then put off until May 29.

The six victims, aged between 39 and 60, died when a gunman stormed the mosque and opened fire on men who were attending prayer.

Nineteen people were wounded in the attack and Bissonnette was arrested shortly after the incident.

"It's very difficult," Yangui told reporters after the proceedings. "I can't express my feelings today. When I go to the mosque now, I can't pray properly. I always have the feeling there's someone behind me who will shoot me."

He said the mosque has received other threats since the shootings, which were called a terrorist act by both Prime Minister Justin Trudeau and Quebec Premier Philippe Couillard.

Yangui said he will fight to the end to have the acts declared as terrorist.

Exceptional security measures were still in effect Thursday at the Quebec City courthouse, where each person was subject to a pat-down and a metal-detector search before being permitted to enter the courtroom.