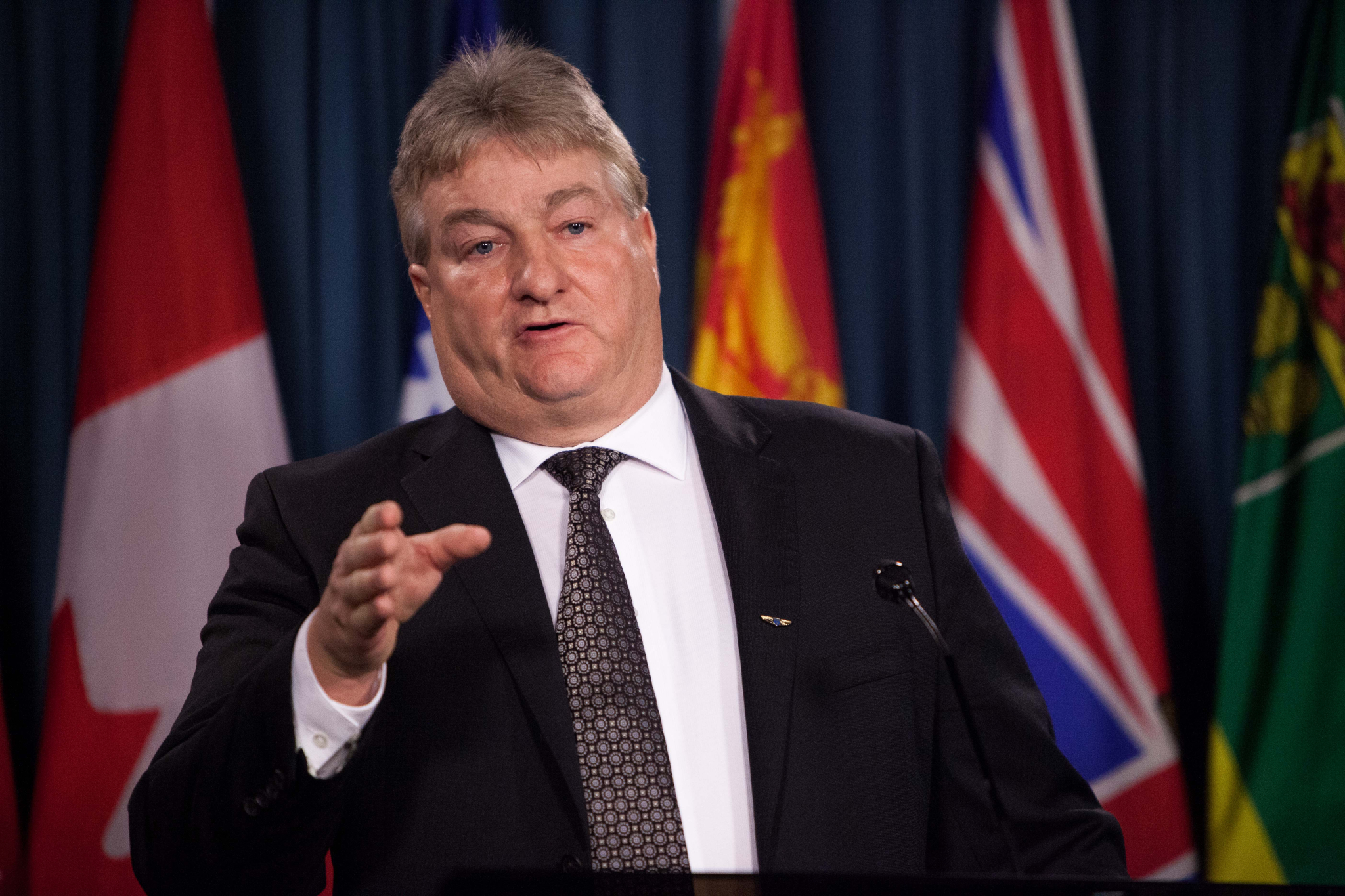 Greg McConnell, national chair of the federal pilots association, said inspectors need to know how to fly the aircraft they're inspecting. Photo by Alex Tétreault
Previous story
Next story

Canadian federal aviation inspectors say budget cuts have increased the risk of a major aviation accident in the near future to the point where it is now “likely” to happen, according to a disturbing survey released today.

Cuts to Transport Canada have been eating away at its civil aviation flying program, according to the Canadian Federal Pilots Association, leading 81 per cent of licensed pilots surveyed to conclude that a “major aviation accident in the near future is likely.”

“Having aviation inspectors who do not know how to fly the aircraft that they’re inspecting, is like having a traffic cop who doesn’t know how to drive a car,” said Greg McConnell, national chair of the CFPA, which commissioned the survey by Abacus Data.

The association also blamed a new federal system that it says has left inspectors spending most of their time in offices reviewing paperwork, rather than being out in the field doing active inspections, and warned airports won't be subject to full safety assessments.

The department said in an emailed response that "Canada has one of the safest aviation systems in the world" and that Transport Canada has a "robust, risk-based oversight program that allows the department to prioritize its resources strategically to areas that provide the greatest safety benefit."

Abacus surveyed 243 CFPA members March 14 to 22 who are aviation inspectors or investigators and licensed pilots with Transport Canada, the federal regulator which oversees the civil aviation program, and the Transportation Safety Board, the government agency that investigates accidents.

It has been at least a year since a large majority, or 67 per cent, of pilot inspectors and investigators surveyed have flown an actual aircraft, the survey found.

Only 55 per cent had completed all mandatory training, according to the survey results.

“Flying is a skill that atrophies," said McConnell.

"Today, the pace of technological change is as rapid in aviation as it is in any other walk of life. If our inspectors do not know how to fly the aircraft they’re supposed to inspect, they simply will not know the aircraft are operating safely.”

The number of aircraft used in training has dropped as well, from 42 aircraft to 14 in this time period.

The department suffered several rounds of full-time equivalent job cuts during the Harper government, losing over 100 positions between 2009-10 and 2014-15.

Transport Canada spokeswoman Natasha Gauthier wrote in an email that the department "continues to conduct scheduled and unscheduled inspections and certification activities" as well as review procedures and records, and interview employees "to ensure the company is following all applicable regulations."

The department revised its flying program "to recognize the benefits of the latest simulator technology in training Canadian pilots," wrote Gauthier, allowing it to "focus more resources on direct inspection and oversight."

Business aircraft have been removed from the department's oversight program as of August 2016, the association said, while urban heliports on top of buildings like hospitals won't have scheduled inspections.

As well, "all airports will no longer be subject to full safety assessments," the associated stated. "Instead, a Transport Canada inspection will now cover only one small part of an airport’s safety plan."

The survey found that 81 per cent saw this program as a barrier to fixing safety problems before they become accidents.

The association said the department's reliance on the safety management systems is "at odds with international safety requirements" established by the United Nations International Civil Aviation Organization headquartered in Montreal.

"Transport Canada has allowed the skills and qualifications of its inspectorate to dwindle to dangerously low levels," the association stated.

Last October, the Transportation Safety Board warned that the federal department left over three dozen key safety recommendations outstanding for over two decades.

The department said it would continue to promote the voluntary adoption of SMS and will publish updated guidance material this year.

"SMS does not replace all the other safety regulations," wrote Gauthier. "Nor does it not replace regular inspection activities undertaken to ensure regulatory compliance. Operators must still comply with all regulations and standards, and SMS adds an extra layer of protection."

The department also pointed to other "training and licensing requirements" required of Canadian pilots.

"The exemption from in-aircraft training provides an alternative means of compliance in a way that maintains a high standard of aviation safety. This practice conforms to international requirements and those of our partners."

Late Monday morning, Canada announced that it had appointed a new permanent representative to the ICAO, Martial Pagé.

Canada looking carefully at facts behind electronics on board aircraft: Garneau

Another great article. Thanks

Another great article. Thanks.

Now for comment: the article is about cutting costs to the industry to support their profits. The profits that accrue to a tiny number of CEOs and principle share owners are more important than the safety of the rest of the people. It is way past time for a serious discussion on an economic system--capitalism--that operates this way.

"Abacus surveyed 243 CFPA members March 14 to 22 " Who was Abacus doing the survey for?