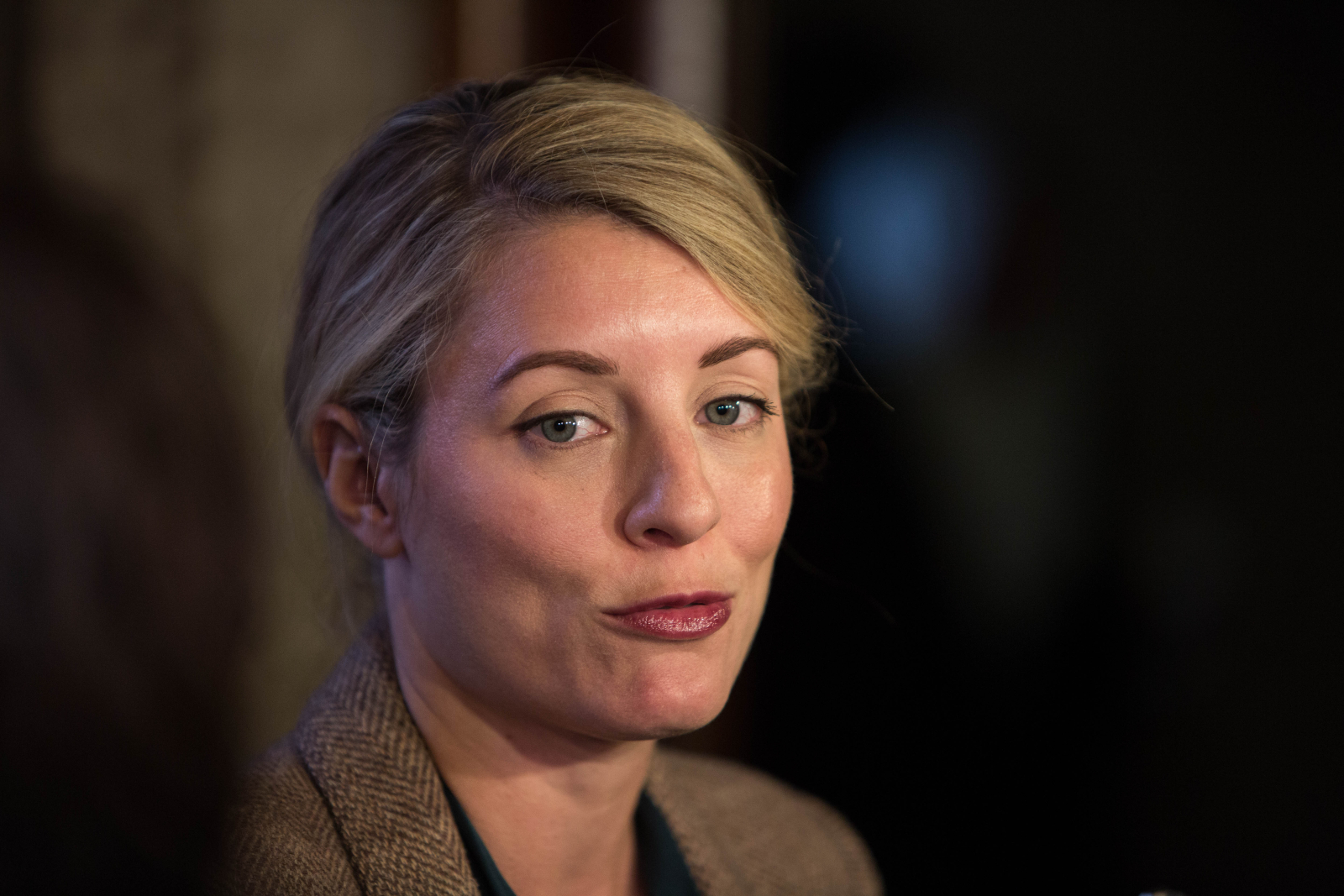 Canadian Heritage Minister Mélanie Joly said it was up to Bombardier to regain the public trust. File photo by Alex Tétreault
Previous story
Next story

Heritage Minister Mélanie Joly says it’s up to Bombardier to regain the public's trust when it comes to executive pay.

The Liberal government came under fire Monday after Quebec transportation giant Bombardier, which has received hundreds of millions of dollars in public funds, decided to give its top brass big pay hikes even though thousands of workers are being laid off.

Speaking after the daily question period on Parliament Hill in Ottawa, Joly, who represents a Montreal-area riding, said the government supported Bombardier because it supports the transportation sector and the thousands of jobs it provides the country.

“It is up to Bombardier to regain the confidence of the public on this issue,” she said in French to reporters gathered outside the House of Commons.

“I understand that Bombardier is revising its policy on this issue, and I encourage them to regain the confidence of the population.”

In February, the Liberals gave Bombardier a $372.5 million loan over four years in order to support “thousands of good middle-class jobs” and help strengthen the “long-term competitiveness” of the company. The loan followed the Quebec government's billion-dollar investment in 2016 that bought it a 49.5 per cent stake in the company's C-Series limited partnership.

Following public protests about the pay hikes over the weekend, president and CEO Alain Bellemare stated Sunday that he had asked the board of directors to defer over half of the 2016 compensation until 2020.

But the Conservative opposition said Monday that given the federal government’s loan to the company, the 2020 deferral didn’t go far enough.

“This is a company, and a CEO, who said he didn’t even need the money that the prime minister gave him, and it’s a company that’s firing 14,000 workers in a year,” said Interim Conservative Party Leader Rona Ambrose in Question Period.

Prime Minister Justin Trudeau said in response that he was “happy to correct” Ambrose.

“We made a loan to Bombardier, a repayable loan,” he said to opposition groans, that will “ensure the long-term viability of the aerospace industry in Canada, which leads to good jobs and economic growth that the previous government wasn’t able to deliver.”

Trudeau admitted that “we’re obviously not pleased with the decision that Bombardier made around its remuneration for its executives." But he said the government was "happy to see them make decisions that are fixing that for Quebecers' and Canadians’ confidence.”

Pierre Poilievre, the Conservative critic for employment, workforce and labour, asked the government whether it would intervene in the private company's operations and force Bombardier to defer the bonuses indefinitely until the federal loans are paid back.

"Will the government force Bombardier to cancel all pay hikes and bonuses until middle-class taxpayers get their money back?" he asked.

Innovation Minister Navdeep Bains said in response that the federal loan was creating 1,300 research and development jobs. He told reporters outside the House of Commons that those jobs are secure.

But he said the company "clearly" understood the public anger around the issue.

"I absolutely understand that concern and frustration that Canadians have, and the company recognized them; hence, why they've taken those steps," said Bains.

Transport Minister Marc Garneau also spoke briefly outside the House of Commons, stating “I encourage Bombardier to continue to listen to Canadians and take the necessary measures to reassure taxpayers.”

The International Association of Machinists and Aerospace Workers, which had expressed its “displeasure” at the company after hearing about the executive pay boost, said Monday it “welcomes the openness and flexibility” following the 2020 deferral.

Bombardier chairman wants his pay brought back to 2015 levels