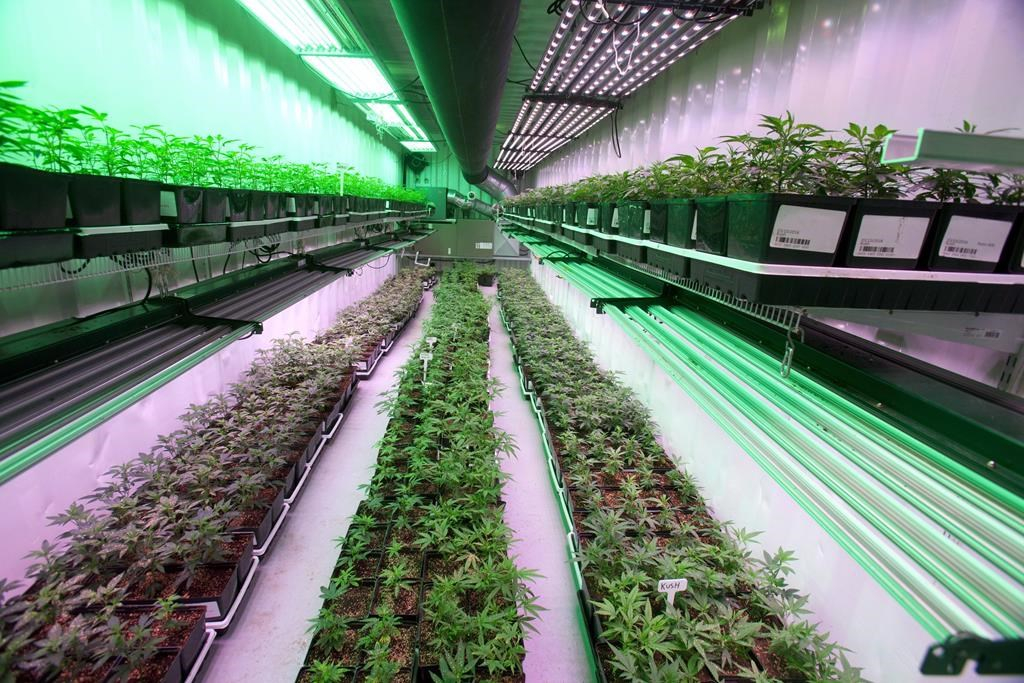 Growing cannabis plants intended for the medical marijuana market are shown at OrganiGram in Moncton, N.B., on April 14, 2016. File photo by The Canadian Press
Previous story
Next story

New Brunswick wants to be your marijuana supplier.

The Liberal government, led by 34-year-old Brian Gallant, sees weed as green gold — an important creator of revenue and jobs in a province that badly needs both.

It is giving producers financial incentives, has developed a community college program for cannabis technicians, and announced March 24 that marijuana is to be a pillar of its economic strategy.

Marijuana ended the career of a New Brunswick premier in the 1980s, but as Canada nears legalized weed it is taboo no more.

"The New Brunswick government is ... perhaps the most supportive provincial government in the country of the cannabis industry," said Kent Hovey-Smith, a spokesman for Tidal Health Solutions.

Tidal Health is building a marijuana production facility in St. Stephen, near the Canada-U.S. border, where it hopes to create up to 40 jobs. Hovey-Smith said his company chose its location in large part because of the provincial supports.

"I think New Brunswick has a unique opportunity here, given the government's commitment," he said. "They are interested in job creation, but they are also willing to do something about it."

Gallant said the Canadian marijuana industry is expected to be huge, and New Brunswick wants in on the ground floor.

"The amount of economic growth that we will see throughout the country is significant, and New Brunswick is poised to get a significant percentage of that if we act smartly and we act appropriately," said Gallant.

There are about 70,000 prescribed users across Canada, and the federal government is expected to table legislation this month to legalize weed for recreational use.

A Deloitte report last fall suggested recreational marijuana could be worth about $22.6 billion to the Canadian economy.

"We believe that here in New Brunswick, we should do what we can to get a piece of the economic growth that's going to happen because of the legalization of marijuana. There are going to be jobs created," Gallant said.

His Liberal government announced last month it has made weed part of its economic strategy, and plans to "build a 'best-in-class' hub of infrastructure and research clusters to attract new investment" in marijuana.

The government has given a $4 million loan to Zenabis, and could provide up to $1 million in payroll rebates to Organigram. Hovey-Smith said Tidal Health is in talks for similar assistance.

Kirk MacDonald, the economic development critic for the Progressive Conservatives, opposes the financial assistance, saying Organigram and Zenabis are "the only marijuana producers in Canada to receive corporate welfare."

And MacDonald said the government isn't doing enough to ensure the product is safe.

"We question why the government's focus is on making and spending money, not dealing with health and safety concerns already raised by the federal government," he said.

Gallant said the industry is highly regulated, and his government is working to ensure the product is safe.

"Once we keep people safe and get marijuana out of the hands of youth, we should be treating this industry as any other," he said.

The province is running a deficit this year of $192 million, with a debt topping $14 billion. The current unemployment rate in New Brunswick is 8.9 per cent.

The Atlantic Provinces Economic Council estimates annual provincial revenue for the government from marijuana sales could be as much as $78 million, including HST. By comparison, it says tobacco revenues and the income from NB Liquor were $149 million and $172 million in 2015/2016, respectively.

And then there are the jobs.

"Organigram is planning to hire over 100 people as it gears up, and it's over 200 at Zenabis in Atholville, so there's a few hundred jobs plus right there," said Fred Bergman, senior policy analyst with APEC.

It's certainly a different attitude toward marijuana than a few decades ago, when it caused a career-killing scandal for then-premier Richard Hatfield. He was charged with criminal possession after marijuana was found in his suitcase during a 1984 visit by the Queen. He was acquitted, but his party lost every seat in the legislature three years later.

Francine Landry, the minister for Opportunities New Brunswick, said the province's plan — along with its proximity to Quebec, Prince Edward Island and Nova Scotia, and shipping access to central Canada and the United States — gives it a distinct competitive advantage.

"This strategic location, in conjunction with the burgeoning technology and innovation sectors, can help position the province for success in the cultivation, distribution and management of this new market," she said.