"I like winning." McKenna challenges Bay Street to up its climate game 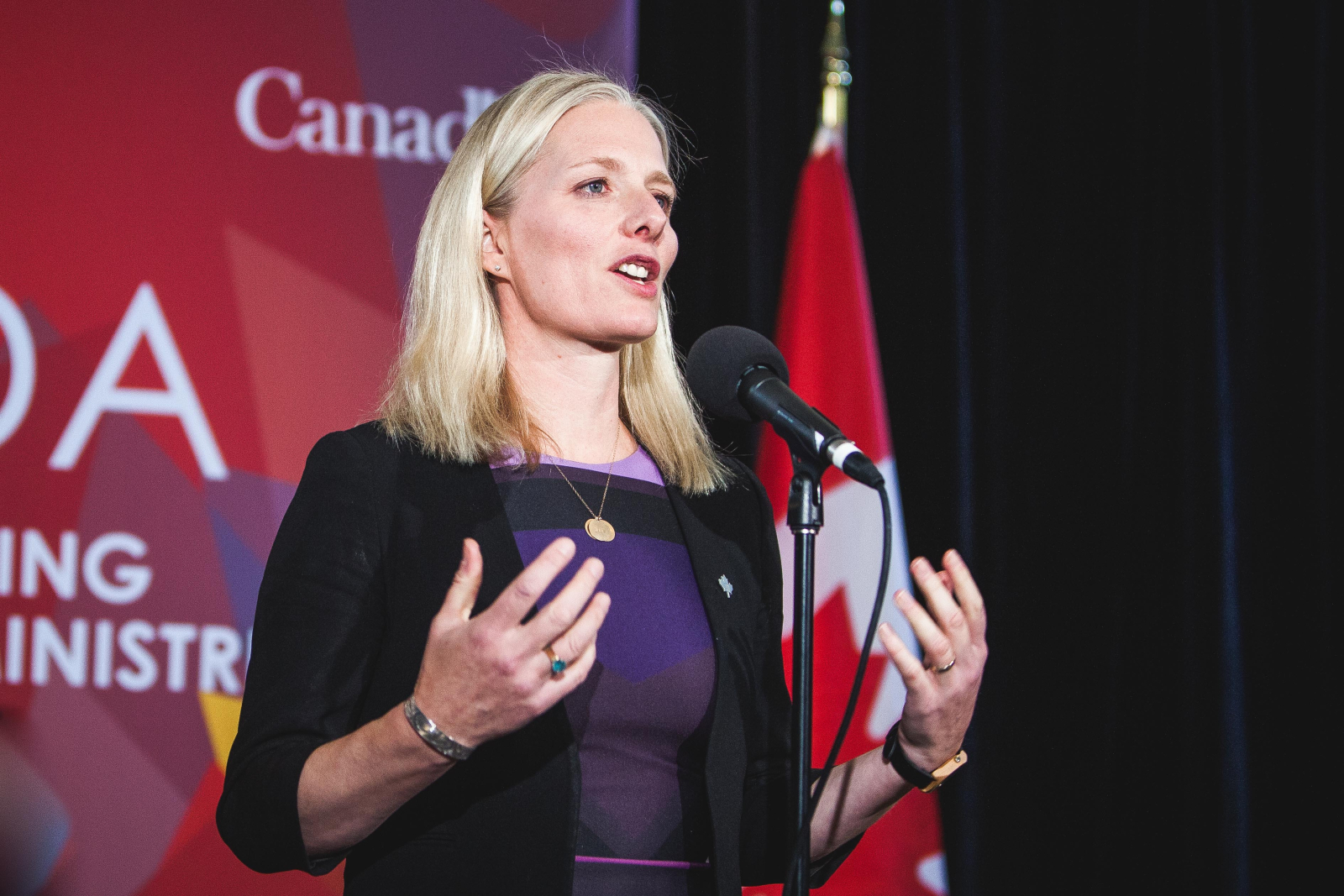 Canada’s environment minister is challenging companies to think about how climate change will affect their bottom lines – and warning that they could be at risk if they don’t keep up as the world moves toward a lower carbon future.

Many Canadian firms need to take a long look at how they could be affected by the immediate, practical effects of climate change, like an increase in unpredictable, extreme weather events, more flooding or unexpected temperature changes, McKenna said.

“Climate change is not a future threat. It is a clear and present danger affecting Canadians from coast to coast to coast,” she said, citing the massive flooding in Alberta in 2013. Five people were killed and costs totalled $6 billion in the aftermath of one of the worst natural disasters in Alberta history.

There’s a strong economic argument for paying attention to climate change risk, she said. Major insurance companies like Lloyd’s and Swiss Re are starting to look at how climate change could affect their clients, and companies that don’t keep up could be open to legal action from shareholders who see returns drop or assets threatened, or from people directly affected by climate change.

Disclose risks of climate change or you may be held financially responsible, minister warns

McKenna echoed recommendations made in December by a global committee convened by Bank of England governor Mark Carney that urged companies to disclose information on how climate change would impact their business. The committee, which was chaired by former New York City mayor Michael Bloomberg, also recommended that companies give shareholders more information on how they identify and assess those risks.

“You better be aware that you’re going to need to disclose the risks of climate change to your business models, or else you may be held financially responsible,” McKenna said.

But many Canadian firms aren’t even looking at the issue, she said. A survey of the world’s 500 largest investors last year that found that Canadian fund managers ranked 11th globally in managing climate change risks, and that 12 of the 27 Canadian funds surveyed disclosed nothing about their plans to manage climate change risk. “We are not doing enough, and that includes in Canada,” McKenna said.

The survey put Canada behind many other developed countries, including the United States, the United Kingdom and France, as well as Sweden and Norway. “I like winning. That’s not winning,” McKenna said.

Some big players in the private sector have pushed ahead of governments on climate change risk disclosure, McKenna said. An example is BlackRock, which announced last month that questions about climate change risk will be at the top of the list when the company assesses investment opportunities for its $5.1 trillion portfolio, BlackRock Canada head Marcia Moffat said on Tuesday.

BlackRock, the world’s largest asset management fund, said in March that it would be looking for climate change risk disclosure from all companies. That includes not only the obvious candidates like oil and gas, Moffat said, but also tech companies that use electricity to power data centres, or real estate investments that could face rising seas. They’ll also look at whether corporate board members understand how to assess climate change risks and make changes.

The company is calling for consistent global disclosure standards, but also aims to use its financial clout to push policies like climate change risk disclosure at the corporate level, Moffat said.

“We can’t leave this to government. We do need to speak up. Government can only take this so far,” Moffat said. “If you look at it as a long term investor … our job is to protect and enhance the long-term value of our clients' assets. And climate change goes right to the root of that.”

“Whatever position you take on the new administration … at OPtrust we don’t care what the (U.S. Securities and Exchange Commission) rules are. We are going to push on these disclosure rules,” Hugh O’Reilly said on Tuesday. “We all have to adopt this kind of activist stance on this. I think it’s important from an investment point of view, and it’s important from a climate point of view.”

Regardless of the economic argument, there’s a bigger issue at stake, he said. OPTrust’s predictions suggest its portfolio could weather a global temperature increase of four degrees Celsius relatively comfortably, O’Reilly said, but in that climate nightmare scenario, “we would be living in a cave or something.”