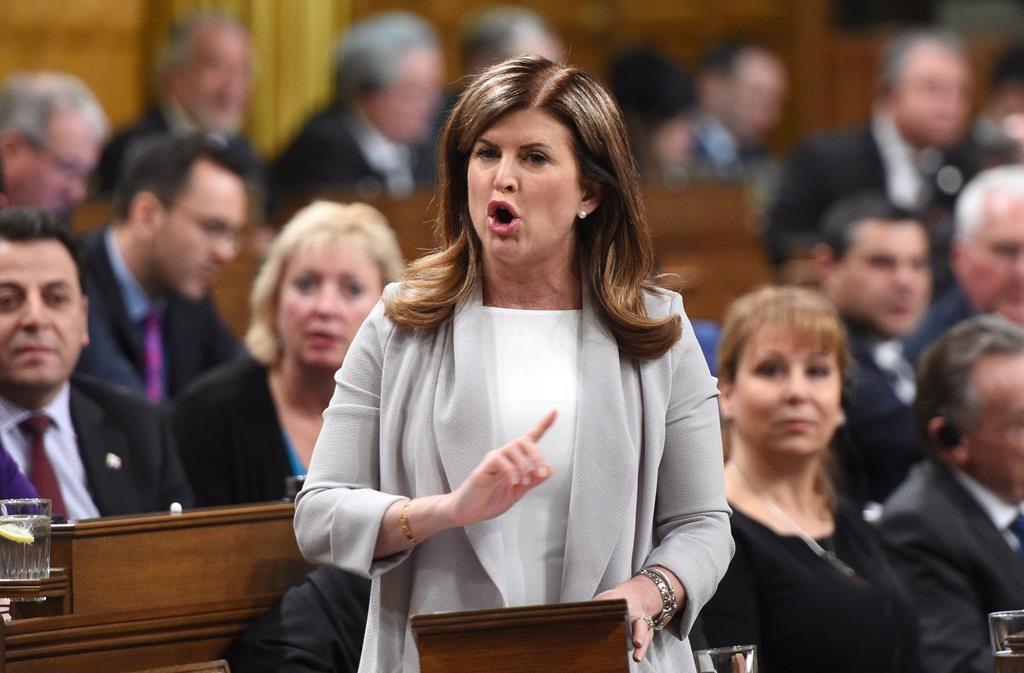 Interim Conservative Leader Rona Ambrose asks a question during question period in the House of Commons on Parliament Hill in Ottawa on Monday, April 3, 2017. Photo by The Canadian Press
Previous story

Rona Ambrose says changes the Liberals made to the way judges are appointed would not necessarily prevent someone who believes in stereotypes about sexual assault cases from presiding over one of those trials.

The interim Conservative leader appeared at the status of women committee today to discuss her private member's bill that would require anyone who wanted to be considered for an appointment to be bench to undergo comprehensive training in sexual assault law.

There were some tense moments, as Liberal MPs pointed out that it was a Conservative justice minister who appointed Robin Camp, who asked a sexual assault complainant in a trial why she couldn't keep her knees together, to the Federal Court.

Ambrose says her bill is not about assigning blame, but about making sure judges have better training.

The new, merit-based process the Liberal government brought in to help increase the diversity of judicial appointments is not foolproof, she said.

She said she has seen people who look incredible on paper do things that surprised everyone after they got the job.