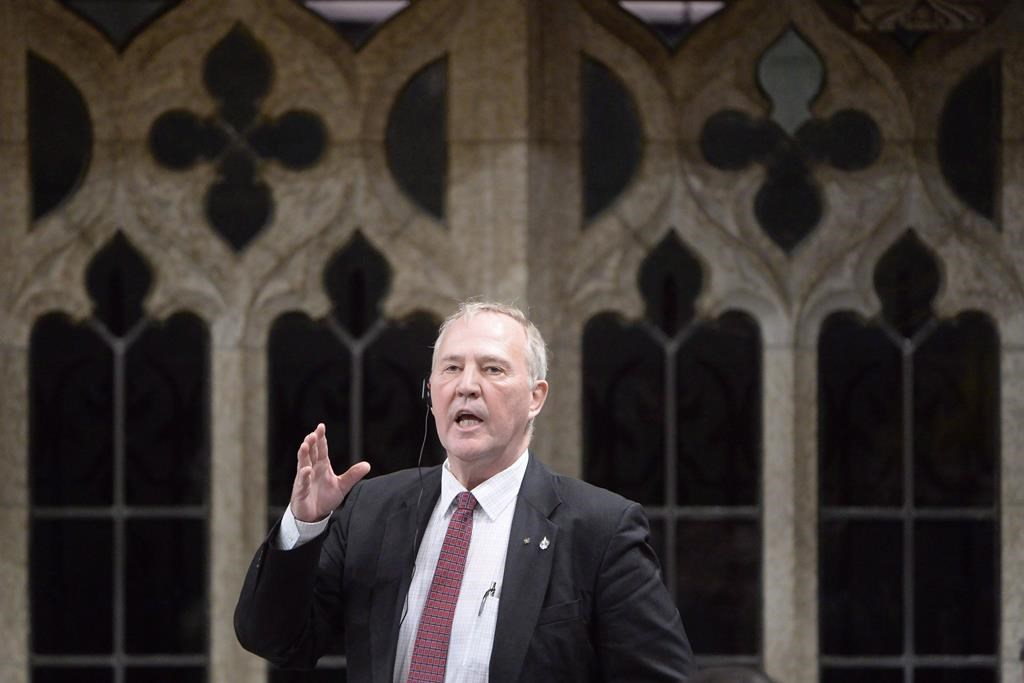 Liberal MP Bill Blair responds during Question Period in the House of Commons on Parliament Hill, in Ottawain a February 25, 2016. File photo by The Canadian Press
Previous story

The Liberal government's point man on pot says Canada Day 2018 should not be about legalizing marijuana but about recognizing the country's history.

Bill Blair, the parliamentary secretary to Justice Minister Jody Wilson-Raybould, said Wednesday he's a proud Canadian who believes July 1 is a day to celebrate the country's birth "for that reason and that reason alone."

"I believe that ... a reasonable goal is to have all this work done by the beginning of July, but by that date and on that date are very different things," Blair said in an interview.

"I don't think that's an appropriate date. That's my opinion."

Blair was responding to recent headlines saying marijuana would be legal by Canada Day next year after legislation to do so is introduced next week in the House of Commons.

There are other dates by which the new law could be enacted, he said.

"I'm probably out on a limb on this one but ... I don't believe July 1 should be an implementation date for anything; it is a day of celebration for the anniversary and founding of our country."

Blair would not confirm that the legislation would be introduced next week — only that the government will live up to its pledge to bring forward legislation this spring.

"I don't want to be obtuse with you but I have no authority to confirm that date."

Beyond legislation, the government's plan must include building a regulatory framework with the provinces and territories to ensure appropriate tools, technology and regulations are in place, Blair added.

The timing of the legislation, if it indeed comes next week, would provide a dramatically different context for 4/20, the annual April 20 celebration of pot culture that culminates in a massive — and decidedly hazy — gathering on Parliament Hill.

Without the bill, the gathering likely would have become a massive protest against a Liberal government already known for breaking or stalling a number of high-profile campaign promises, including electoral reform.

The Liberals made the legalization of marijuana a key promise in their election platform in 2015, which was followed by the appointment of a high-level task force to study the issue.