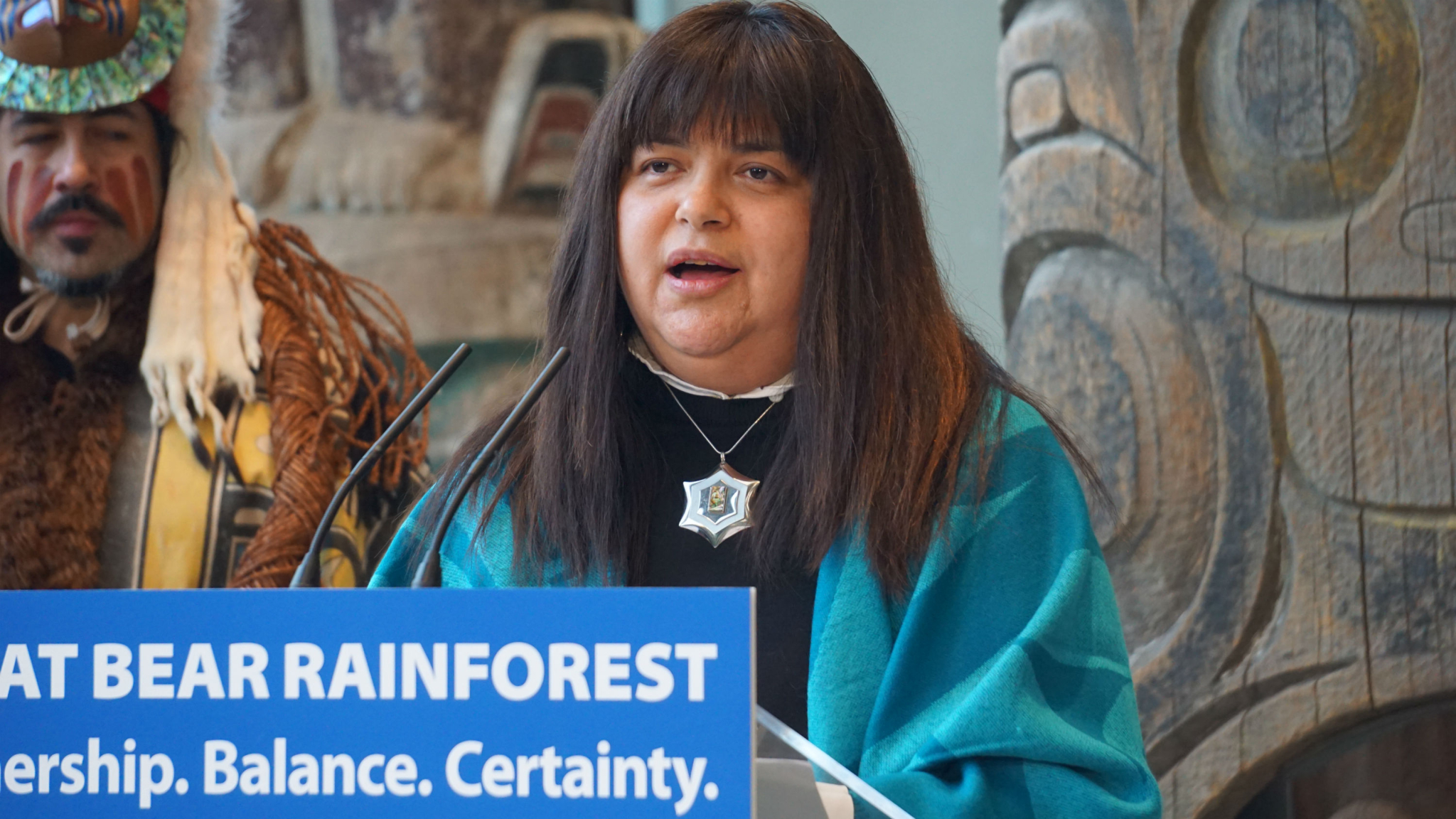 Investigation Report: The 48 hours after the Grounding of the Nathan E. Stewart says there was confusion over who should take charge while Heiltsuk members watched in frustration. At the time, diesel was spilling from a tug boat that hit a rock and later sank after missing a key navigational turn.

The tug Nathan E Stewart was transporting an empty fuel barge — which did not run aground — but the vessels released an estimated 100,000 litres of diesel into the pristine waters of Seaforth Channel, approximately 20 km west of the community of Bella Bella and 500 km north of Vancouver.

“We were given booms but no anchors," said Brown. "Nobody out there but the Heiltsuk were trying to put booms on the water."

Brown told onlookers the Canadian Coast Guard were only responsible for the rescue of Nathan E Stewart’s crew and that it was "very confusing; no one knew what to do."

The Nathan E Stewart, and the barge it was moving southward after dropping a cargo of bulk fuel in Alaska, are both owned by the Kirby Corporation based in Houston, Texas.

The Heiltsuk report says coast guard personnel at the spill site insisted that Kirby staff — or a clean-up company hired by them — take charge of the operation. Under Canadian rules, ships must have an oil pollution emergency plan, and pay for the cleanup.

“That day, I saw a lot of chaos,” Harvey Humchitt, a former fisherman from Bella Bella, says in the report.

He went to the spill site by boat soon after hearing about it, he said. “I did not see any real measures taken to avoid the eventual sinking of the [Nathan E Stewart]. It took a long time for oil booms to be deployed and there was really no on-scene commander or incident commander on scene."

The booms supplied were booms from the coast guard, Bella Bella and Shearwater, but the booms were inadequate, he said. “We spent a lot of the day waiting for instructions. It was very upsetting to see how much damage was done in such a short time.”

The report is also critical of both the Kirby Corporation and Transport Canada for not providing Heiltsuk investigators with information they requested, such as a log book from the tug and transcripts of conversations between the stricken vessel and rescue crews.

According to the report, the Nathan E Stewart had a waiver that allowed it to operate in Canadian waters without a local pilot, a situation which left only one person on the bridge at the time of the accident.

The Transportation Safety Board of Canada has also launched an investigation into the disaster.

Transport Canada said its officials are still analyzing information gathered from the incident to see if there was a contravention of the Canada Shipping Act. They’re also working with the TSB.

“As the process is still ongoing, it would be inappropriate to comment further,” spokesperson Sara Johnston wrote in an emailed response to National Observer.

The Coast Guard could not immediately be reached for comment.

The Heiltsuk says it harvests at least 25 food species from the Gale Passage area which was affected by the spill including abalone, red sea urchin, sea cucumber, salmon, herring spawn on kelp and most of the community’s commercial manila clam harvest.

Heiltsuk Nation Chief Marilyn Slett said in a telephone interview that Kirby Corp. has paid $200,000 to compensate for the closure of the clam fishery in 2016, but that the Heiltsuk intend to sue the company for further cultural and operational losses.

“We’re not anticipating that we’ll be able to harvest there for years,” said Slett.

The Heiltsuk investigation report is meant to validate the work of its citizens who tried to help using their own boats and who, according to the report, worked without safety equipment, breathing in diesel fumes, during the first two days.

“We really want to acknowledge the people who went out there and put their lives on the line,” said Slett.

The report notes that about a month after the spill, Prime Minister Justin Trudeau announced a $1.5-billion national Oceans Protection Plan that included promises to improve marine safety. It also pledges to give First Nations a great role in decision making and training in emergency spill response.

The Heiltsuk say they support Trudeau’s promise to formally ban oil tanker traffic along the north coast of B.C.