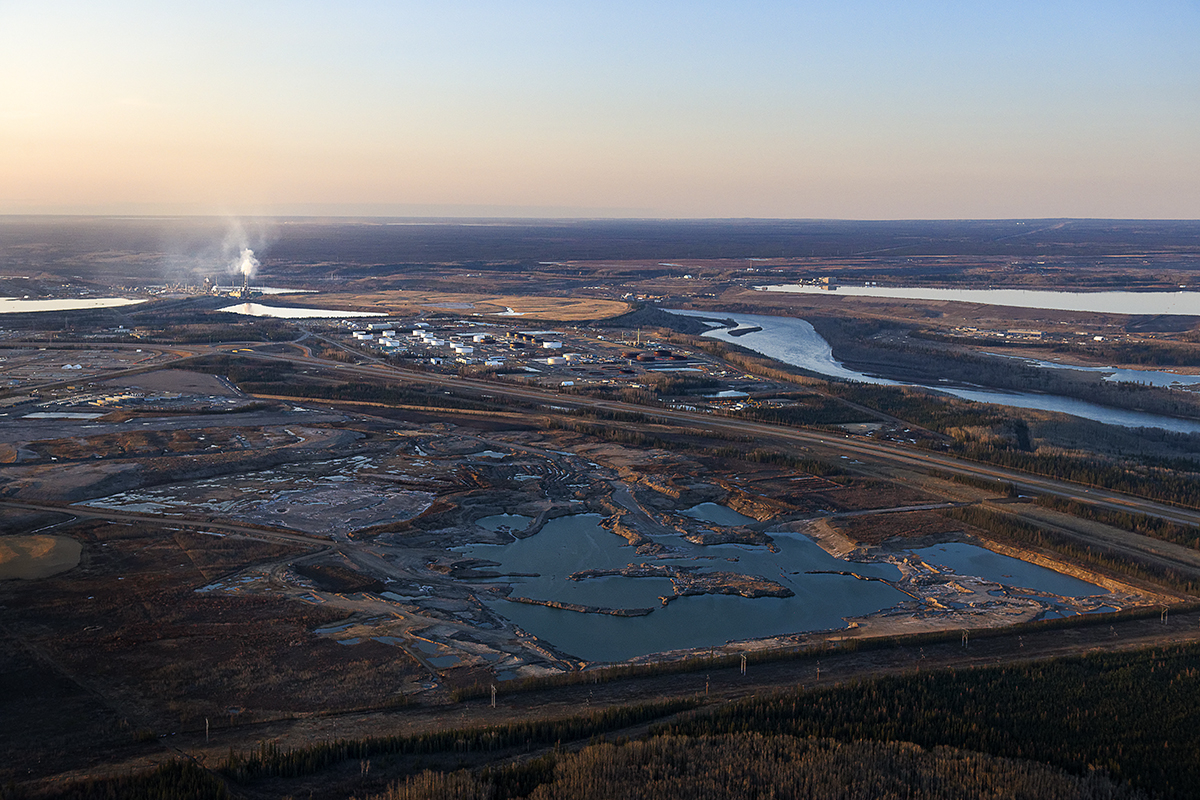 A group of Ontario teachers are calling on their pension fund to sell its investments in oil and gas companies, including a $65 million stake in oilsands extractor Suncor. File photo by Andrew Wright.
Previous story
Next story

Brian Young says his friends often ask why he feels so strongly about climate change.

“‘Brian, why do you care? … You’ll be dead in 10 years,’” the 71-year-old retired teacher recalled friends asking. His response: “Yeah, I will, but my children won’t.”

He’s one of a group of Ontario teachers calling on their pension fund to flex its $175 billion in financial muscle and pull its investments out of oil and gas.

The Ontario Teachers’ Pension Plan’s multi-billion dollar investments in fossil fuels include about $30 million in Exxon shares, $4.8 million in Kinder Morgan and a share of royalties for oilsands extractor Cenovus, which the fund bought for $3.3 billion in 2015.

The fund’s annual general meeting takes place in Toronto on Thursday, and a number of teachers told National Observer that they plan to press the fund’s senior executives on divestment.

“We know it’s not going to happen overnight … but the faster it happens, the world gets the message that this is important,” Young said in an interview. “We’re trying to make as much noise as we can, to make sure that people understand that we’re not being irresponsible. We see ourselves as being very responsible in terms of the future of the funds’ members, of the children we teach and of the planet.”

“We need to stop thinking about it only in terms of dollars and cents right now. We need to think about the future,” Kingston teacher and union organizer Andrea Loken said in an interview.

“The labour movement has used the saying ‘There are no jobs on a dead planet,’” Loken said. She said it’s “indefensible” for the union’s pension fund to continue to invest in oil and gas companies, both because of the environmental impact of fossil fuels and because of concerns about indigenous rights in pipeline and extraction operations.

Teachers don’t vote directly for the fund's investments, which are overseen by a board appointed by the Ontario Teachers’ Federation (OTF) and the provincial government, but they can put pressure on the fund through motions at the OTF and by directly questioning the fund’s executives, Loken said.

Loken’s union in the Kingston-area Limestone District has brought motions supporting divestment to the Ontario Secondary School Teachers’ Federation every year since 2015. “We are not going away. I don't see this pressure weakening. It’s gaining momentum,” Loken said.

Similar campaigns have targeted the Canada Pension Plan, which has substantial investments in fossil fuels, as well as the Caisse de dépôt et placement du Québec and the Ontario Municipal Employees Retirement System.

But the teachers' pension fund argues that divestment isn’t the answer. “We do not believe it’s the most effective way to affect change,” OTPP spokeswoman Deborah Allan told National Observer. Instead, Allan said, the fund tries to work with companies, by voting and by meeting with executives to push for change. “If we sell, we’ve given up our voice,” she said.

Last year, the fund used its Exxon shares to vote in favour of a shareholder proposal that called for the company to report annually on how government policies to fight climate change would affect Exxon’s business. OTPP joined some of Exxon’s largest investors – including the Canada Pension Plan – in supporting that motion, which failed to pass.

OTPP also says it has worked with oil and gas companies to develop a set of recommendations for self-disclosures that the fund will use when evaluating investments. According to the recommendations, the fund will look for companies to disclose their impact on the environment and the communities in which they operate, as well as the risks to a company's business model from policies aimed at stopping climate change, such as carbon pricing.

The recommendations are similar to disclosure policies proposed last year by a global task force convened by Bank of England Governor Mark Carney.

Allan said OTPP believes that the divestment campaign misses the bigger picture. “It’s not just fossil fuels that affect the environment,” she said. “This is a total conversation that needs to be held, and it’s beyond a single industry.”

“Our view is that divestment detracts from the real work of searching for solutions to the dual challenge of addressing climate change risks and providing the energy the world’s global economy needs,” Exxon Mobil spokesman Scott J. Silvestri said in an email.

Kim Fry, an Ontario elementary school teacher and former Greenpeace campaigner who is helping to organize the divestment campaign in Toronto, said she doesn’t buy the OTPP’s working-within-the-system argument.

“I believe that engagement can work in sectors like forestry, where there are better practices and worse practices. But when it comes to fossil fuels, they need to be in the ground, so there’s no better or worse way of burning fossil fuels,” she said in an interview.

Fry said she doesn’t expect the fund to divest from oil and gas anytime soon. She says the campaign is just asking for no new investments, and a plan for eventual divestment. Until that happens, she said teachers will keep up the pressure.

Young said that OTPP divestment activists were “scoffed at” when they began raising the issue about five years ago. But since then, it’s become increasingly difficult to ignore, he said. Divestment was one of the topics on the AGM agenda last year, and Allan said the fund expects that questions will be raised again on Thursday.

“We're certainly making them talk about it,” Loken said. “I think it's going to get harder and harder for them to justify.”

The activists should be

The activists should be asking questions about the return on the 3 billion paid for the royalty section of the oil and gas sector. It's virtually nothing because there's a good possibility it is being fleeced. It's the laughingstock of the royalty community and probably one of the reasons why the overall performance of the fund was down this year. The fund should do a complete audit of how this company is run and where the money is going.

Can you explain what you are

Can you explain what you are talking about, I don't understand ???

Good for Brian Young and co.!

Good for Brian Young and co.! Two years ago I appealed to the BC teachers federation investment branch to divest their funds from fossil fuels and reinvest in renewables. Their response was the same as the OTPP. In addition to the reason "if we sell we've given up our voice" they said their fiduciary duty forced them to keep the investments. The second time I appealed to them on the grounds of our greater duty to the children of the world, I got no reply at all. Surely our "fiduciary duty" must have some limits. With our doing nothing but talk a good fight for the last quarter century without putting up a good fight, we've done no favours to the young.