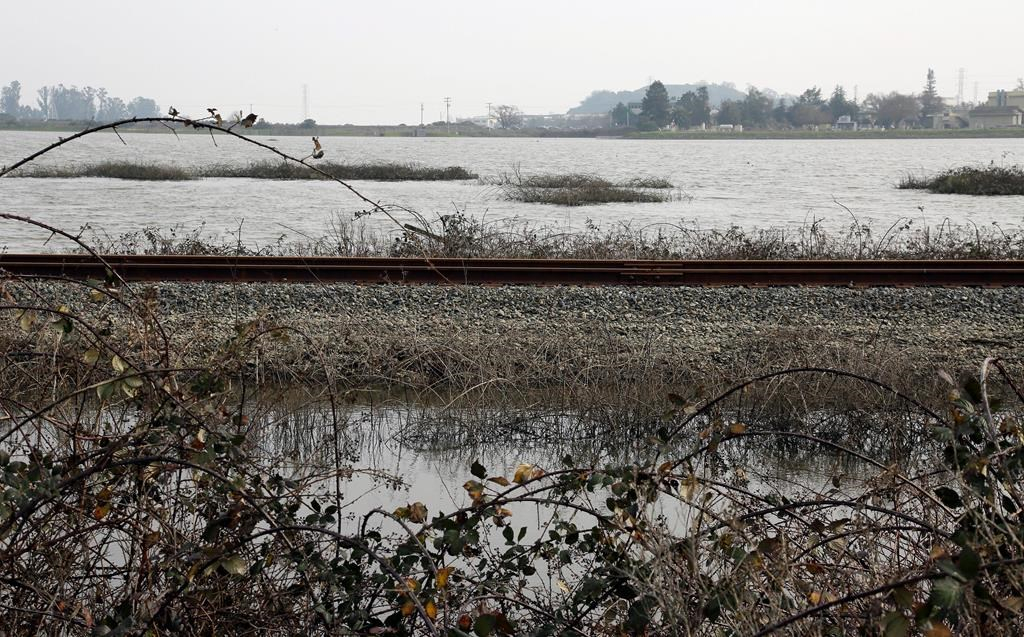 A field is flooded near Novato, Calif. on Jan. 17, 2017. Photo by Eric Risberg/AP
Previous story
Next story

In a win for environmentalists, a California appeals court on Thursday upheld a key component of the state's landmark climate change effort that requires companies to buy credits if they exceed pollution limits.

The cap-and-trade law limits carbon emissions and auctions off permits that allow companies to release excess greenhouse gases into the atmosphere. The Third District Court of Appeal in Sacramento sided with Gov. Jerry Brown's administration in a 2-1 ruling that said the auction sales are not a tax.

It also ruled that the state Air Resources Board has the authority to implement the auction sales as part of California's efforts to reduce climate change, the most ambitious in the nation.

Businesses and the state Chamber of Commerce separately sued to invalidate the auction sales, arguing that a 2006 law underlying the cap-and-trade program never authorized California to conduct an auction for carbon credits.

Even if the legislation allowed an auction, it amounts to a tax increase that would require approval of two-thirds of the Legislature under the state constitution, they said.

The ruling Thursday is unlikely to end wrangling over the program. The businesses and the chamber of Commerce both said they were evaluating their next steps.

Uncertainty surrounding the case has been a major factor in upending the market for pollution permits, which consistently raised hundreds of millions of dollars a year until demand plummeted in 2016.

The ruling "provides additional certainty for California to continue with this keystone program that puts a price on carbon and supports all the other approaches California has underway to fight climate change," California Air Resources Board Chairwoman Mary Nichols said.

Third District Associate Justice Elena Duarte said in the ruling that the cap-and-trade regulations don't force anybody to buy carbon permits and give the buyers a valuable commodity — namely, the "privilege to pollute" — so they don't constitute a tax.

The hallmarks of taxes, she said, are that they are compulsory and the taxpayer receives nothing of particular value in return. A dissenting opinion by Associate Justice Harry Hull called the auction sales a tax.

Anthony Francois, an attorney for Morning Star Packing and other businesses that sued in 2013, said the ruling's reasoning was wrong and deprived Californians of protection from taxes. He said they were considering a possible appeal to the California Supreme Court.

Besides the case, demand for pollution permits has been affected by questions about whether the law authorized the cap-and-trade policy beyond 2020.

Brown, who has urged leaders around the world to adopt carbon regulations, has called for the legislature to muster a two-thirds vote to explicitly authorize carbon auctions after 2020.