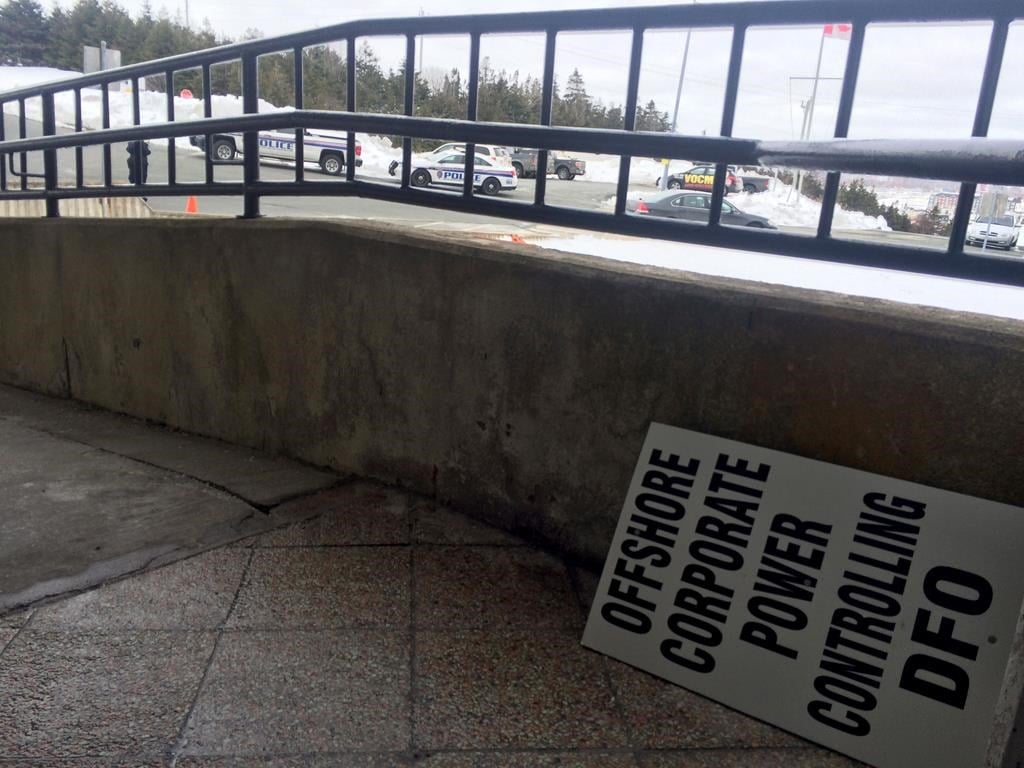 A placard dropped by a protestor is seen outside the Department of Fisheries and Oceans headquarters in St. John's on Friday, April 7, 2017. Photo by The Canadian Press
Previous story

Dozens of angry fishermen forced their way into the Department of Fisheries headquarters in St. John's Friday to protest cuts to shrimp quotas and access to fishing areas off Newfoundland and Labrador as stocks decline.

About 50 people entered the building in after a male protester kicked in the lower glass of a front door.

Members of the group could be seen through an upper window sitting in a room, their placards resting against the glass, as police cars were stationed outside and officers went inside the building.

Fisheries spokeswoman Janet Kelly was in the building along with about 400 other employees and said it had been closed as a precaution.

Const. Geoff Higdon of the Royal Newfoundland Constabulary said in an email that police were called at about 10 a.m. local time to deal with a protest and that they were working "with all parties involved to help mitigate a peaceful resolution."

The department announced sharp shrimp and crab cuts after reporting that stocks have diminished.

Shrimp and crab have been vital stocks for Newfoundland and Labrador harvesters since the commercial moratorium on northern cod in 1992.

Sweden digs in on proposal to ban lobsters from Europe