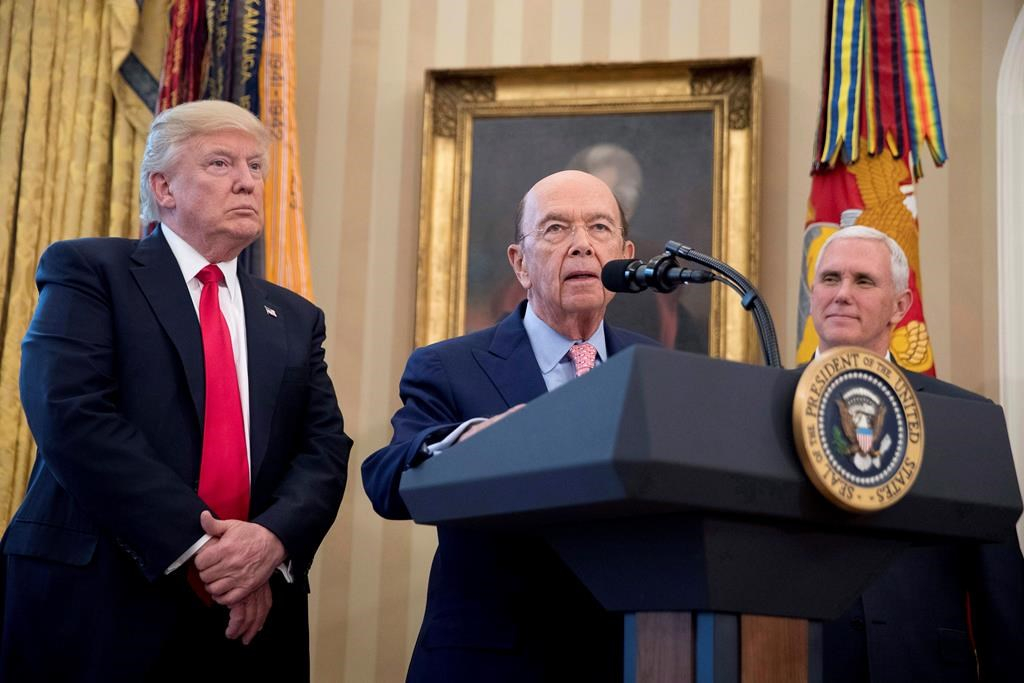 Wilbur Ross says their foot-dragging in launching the NAFTA renegotiating process is detrimental to the United States.

Ross says the U.S. Congress has been slow on two fronts: in confirming Trump's new trade czar, and in approving the formal notice that would launch the 90-day process before negotiations start.

"It's been frustratingly slow," the commerce secretary said in an interview Sunday with Fox. "They've been very, very slow on completing the hearings and voting on our new U.S. trade representative Bob Lighthizer. That's been not helpful."

He said he had also hoped to get the formal 90-day notice done before the two-week Easter break. It didn't happen.

One reason is a misalignment of priorities: to President Donald Trump, updating NAFTA is a major campaign promise, but many lawmakers who will need to be consulted, and eventually vote on the deal, did not promise this as a priority.

For example, a key player in trade-related files, the head of the Senate finance committee, Orrin Hatch, recently told reporters his main focus at the moment was getting Supreme Court pick Neil Gorsuch confirmed. While that's now done, there's another new priority for Hatch, and for Congress, that supersedes NAFTA: comprehensive tax reform.

While this is happening, the administration still doesn't have its go-between with Congress.

Lighthizer's confirmation as trade czar is turning into a bargaining chip. Because Lighthizer might need a congressional waiver to join the U.S. government, given past legal work for foreign countries, Democrats want something in return. In exchange for confirming the trade czar, some are demanding coal-miner pension guarantees in an upcoming fiscal bill.

The longer the delay, the harder it might get to close a NAFTA deal.

That's because each of the three countries will, one after the other, enter election mode: Mexicans vote in just over a year; then the new government doesn't get sworn in for another five months. In that midst of that, American lawmakers have their midterms in late-2018. A year later, Canada has its federal election.

Ross has expressed a desire to get the deal done within a year.

"Bad trade deals shouldn't be allowed to sit," he added Sunday. "The longer they sit there the more they are to our disadvantage. So it's quite unfortunate that the way Congress has been working has been to slow-walk these activities."

Meanwhile, a prominent adviser to the Canadian government is preaching patience. In an interview last week with The Canadian Press, former prime minister Brian Mulroney said the Trudeau government has no need to hurry.

Mulroney is good friends with Ross.

"I think what we should do, what the government should do, is wait," Mulroney said.

"Until we hear from them (the Americans) formally. See what they want. And, meanwhile, we should be preparing what we want."