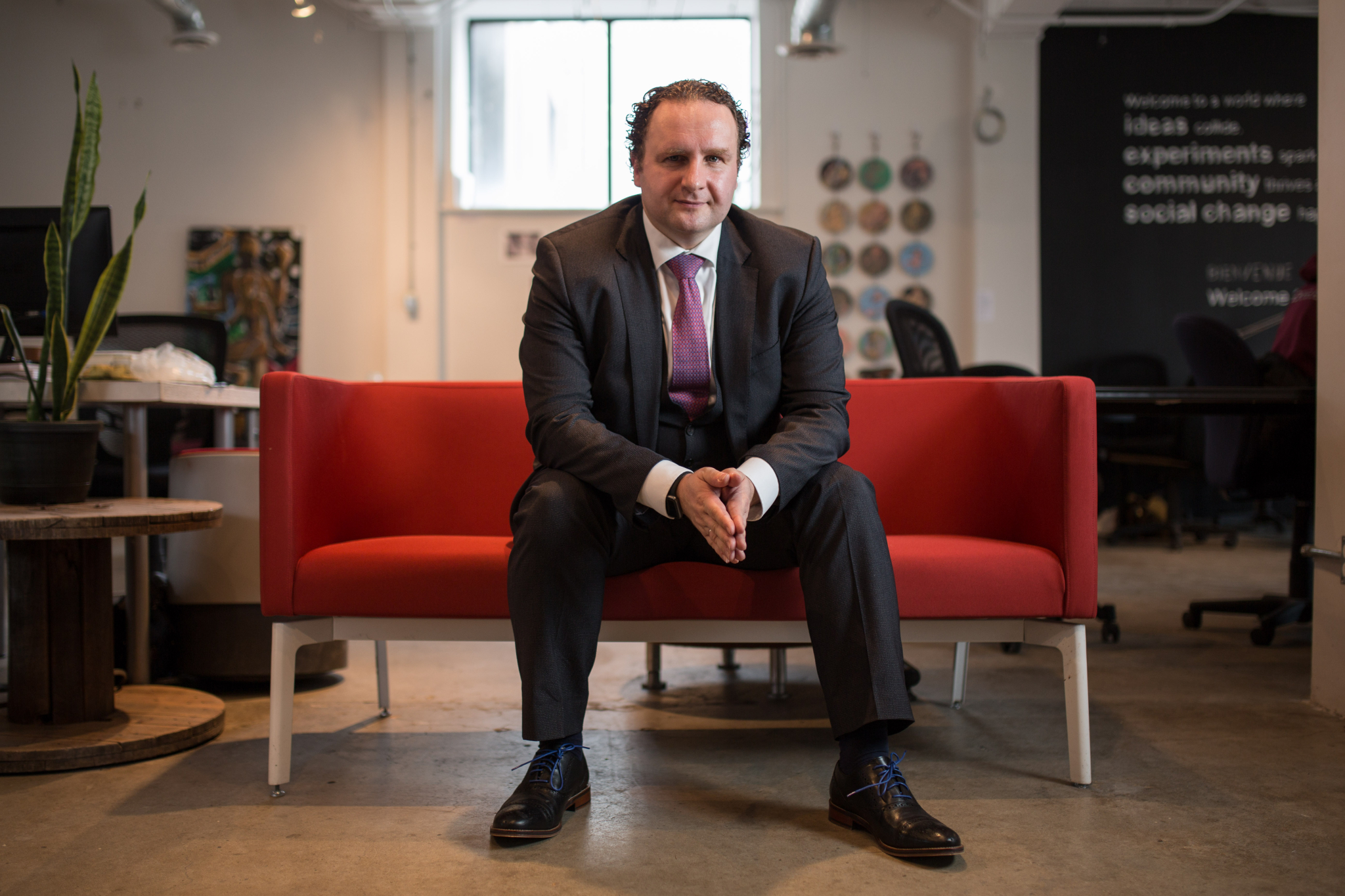 Canadian energy giants are leading a clean power assault on Massachusetts as the U.S. state gears up to secure a long-term supply of renewable electricity.

Canada’s wind energy industry is looking to capitalize on green energy demands from American states to generate growth, and is zeroing in on a recent request for proposals by Massachusetts for long-term contracts for 9.45 TWh of renewable energy generation and credits annually.

In parallel, utilities and power transmission line developers in Quebec and Atlantic Canada have been laying the groundwork to bring Canadian green power south across the border, by land or by sea.

“We need to have leadership from larger utilities or companies, where the industry can assemble behind them, and go for that kind of thing,” said Helmut Herold, the North America CEO for wind turbine manufacturer Senvion, in an interview.

Senvion Canada Inc., founded in 2007, now represents about 10 per cent of wind power’s total installed capacity in Canada and touts its turbines in projects like Ontario's “first large-scale co-op wind farm" as well as the “biggest First Nations windfarm in Canada."

The company, which is connected with the Muskrat Falls hydro project via its 500 MW Maritime Link between Newfoundland and Labrador and Nova Scotia, launched a solicitation process for energy to be bundled with the Atlantic Link that closes Wednesday.

Dave Pickles, Emera's vice president of operations pointed to the Atlantic Link in response to questions about Senvion and Massachusetts.

Hydro-Québec, which already sends over 40 per cent of its exports per year to New England, has been looking to expand power sales to the U.S. Northeast. The utility told National Observer it is currently preparing its participation in the Massachusetts request for proposals.

“Our hydro power fits well with the requirements of the [request] and offers a low-carbon, reliable source of energy that is stably priced over the long term and able to complement intermittent sources of energy such as wind and solar,” wrote spokeswoman Lynn St-Laurent in an email.

“Hydro-Québec collaborates with the wind energy industry and will evaluate viable solutions that integrate hydro and wind energy.”

There are at least three large transmission lines in development that Hydro-Québec could use to bring power from the Quebec border into the United States: the New England Clean Power Link through Vermont; the Champlain Hudson Power Express through New York; and Northern Pass through New Hampshire.

As Canadian energy firms size up the American picture, the situation is different north of the border.

Canada's wind power association calls Ontario the "leader" in wind energy, with 4,781 MW of installed capacity and supplying five percent of demand. But the province has been backing away from new renewables, cancelling plans for more green energy.

Herold argues there was a “big misunderstanding in regards of cost of renewables, and the costs of wind in particular."

Far from the high rates that earned the province's Green Energy Act public scorn, he said, costs per kilowatt-hour of wind energy have dropped dramatically. Environmental Defence, for example, argued last year that costs have now dropped below that of nuclear energy.

“What we hear, and of course we’re aware, is that historically there have been generous, good tariffs for wind power," he said. "I think it’s even the fault of the industry not switching fast enough and showing those improvements of cost back to the ratepayer.”

That created a backlash, he argued. "People said, ‘Maybe we’re paying too much for this, so we [shouldn’t] do this anymore.’ It’s wrong: it’s not too expensive. The costs have come down in the last four or five years by 50 per cent."

But Ontario’s decision to step away from more green energy, he said, means the province is “missing out on a huge opportunity to get cheap wind power into their grid.”

Energy Minister Glenn Thibeault's office did not respond to requests for comment before publication.

Senvion says it's focused on community engagement, a position the company believes can help provide it with a counterbalancing force to public scrutiny of wind power.

The Gunn’s Hill Wind Farm in southwestern Ontario, where Senvion contributed 10 turbines, is a "collaboration" between the Oxford Community Energy Co-op, the Six Nations of the Grand River and Prowind Canada, for example.

The company also touts its 46 turbines installed in the Mesgi'g Ugju's'n Wind Farm on the Gaspé Peninsula, an “equal partnership” between three Mi’gmaq communities and Innergex Renewable Energy.

“We are a little bit more of the challenger brand,” said Herold.

“I always like to say we are the specialists."