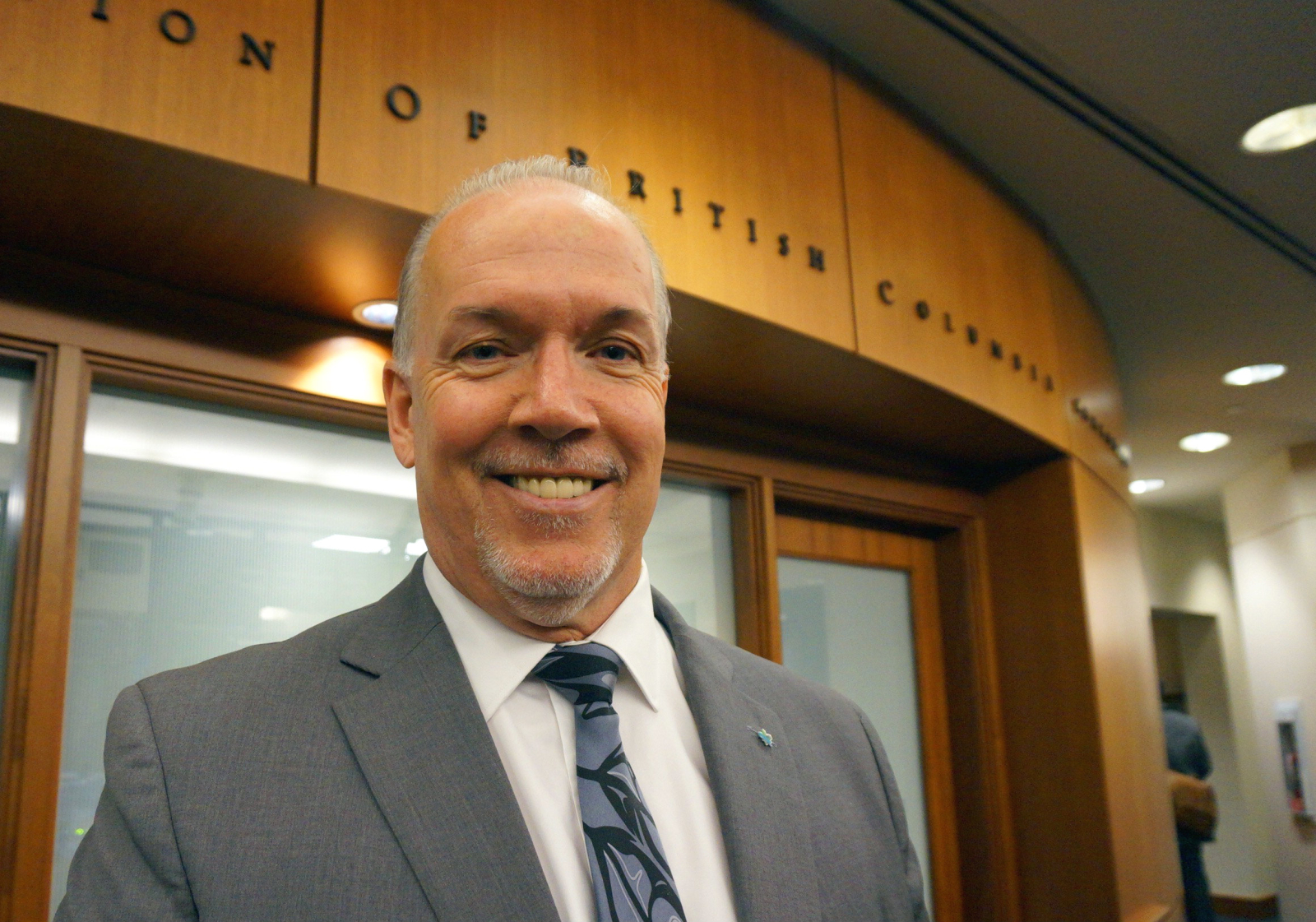 BC NDP Leader John Horgan poses for a picture in Vancouver in January 2017, Photo by Jenny Uechi
Previous story
Next story

Drew McArthur said in a statement Monday that the Liberal complaint does not meet the threshold for an investigation by his office.

The New Democrats called the complaint an attempt to divert attention from serious issues facing the Liberals on the eve of an election campaign. B.C.'s May 9 election campaign officially starts Tuesday.

"(Premier) Christy Clark is the diva of distraction," said Glen Sanford, the NDP's deputy director. "I feel like this was a deliberate attempt to distract from the problems Christy Clark is facing."

He said Clark's Liberals are looking to turn attention away from last week's report by Ombudsman Jay Chalke into the government's flawed handling of an investigation that resulted in eight health workers being wrongly fired and one of the workers taking his own life.

Sanford said the Liberals are also reeling over the recent appointment of a special prosecutor to work with the RCMP in an Election Act investigation that alleges illegal donations to political parties. The investigation involves both the Liberals and NDP.

A Liberal official said the party was reviewing McArthur's response, but did not comment further.

B.C. Liberal party president Sharon White had requested the investigation in a letter to McArthur on Friday.

McArthur explained that the Personal Information Protection Act applies to private organizations in B.C., including political parties, and there are two circumstances that can result in an investigation.

"The first is most common: we investigate complaints from individuals whose personal information has been directly affected," said McArthur's statement.

But since there is no individual complaint, an investigation cannot proceed on those grounds, he said.

"The second option is for the commissioner to initiate an investigation into a potential contravention of (the Act) if he has 'reasonable grounds to believe that an organization is not complying.' We have reviewed the documents submitted by the B.C. Liberal party and have determined that the information provided does not meet the threshold for a commissioner-initiated investigation."

The Liberals alleged the NDP had agreements to share its supporter list with Strategic Communications, the municipal political parties, Vision Vancouver, the Coalition of Progressive Electors and the Surrey Civic Coalition, as well as NDP officials in Saanich.

The complaint letter also alleged breaches as recent as November 2014 when the Liberals said the list was used during municipal elections in Saanich, B.C.

The local parties mentioned by the Liberals represent the centre-left on the political spectrum. Vancouver Mayor Gregor Robertson, a former New Democrat member of the legislature, ran under the Vision banner in the last municipal election.

The Liberals alleged the people on the NDP supporter lists did not consent that their personal information, including addresses, home telephone numbers and political affiliation, would be shared with a third party.

The Liberals sent a second complaint letter Monday, alleging the B.C. NDP was in breach of the Act by attempting to use a voter support list collected by the federal NDP in the 2015 federal election.

The commissioner was not available for comment on the second Liberal complaint.