Bombardier board approves changes to executive compensation after outcry 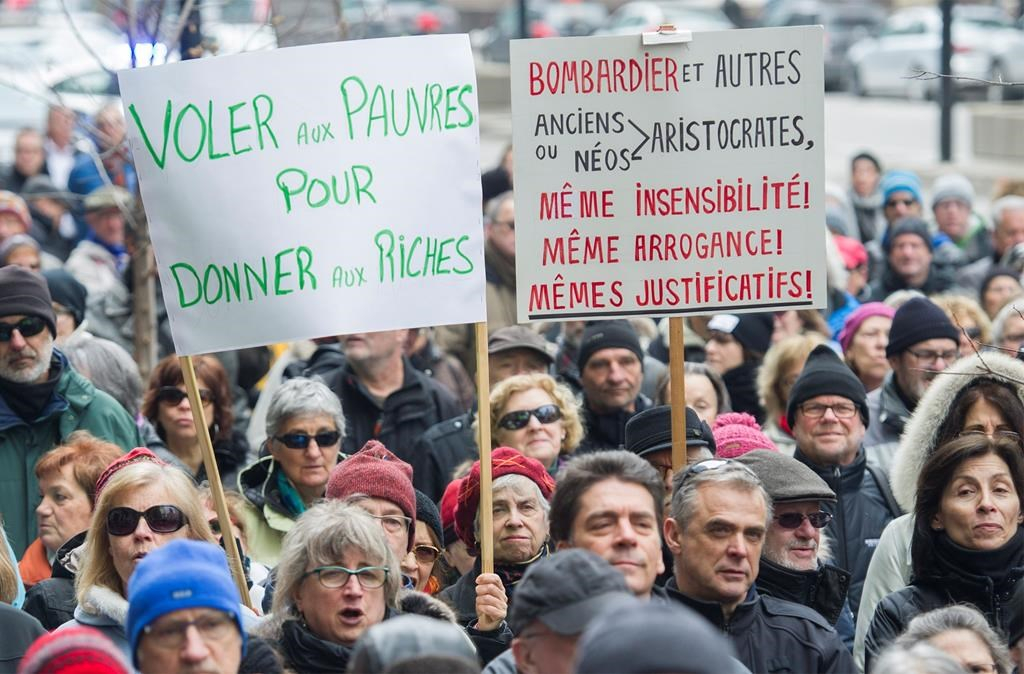 Roughly 200 people gather outside Bombardier's Montreal headquarters on April 2, 2017 to voice their displeasure about executive bonuses announced after the company got government subsidies. File photo by The Canadian Press
Previous story
Next story

After facing nearly two weeks of criticism, Bombardier said Monday that its board of directors approved changes to the compensation offered to several of its top executives.

CEO Alain Bellemare had asked the board to delay payment of more than half of last year's total planned compensation for six executive officers, including himself, by one year to 2020, provided the company meets certain objectives.

Executive chairman Pierre Beaudoin also asked the board to cut his 2016 compensation by US$1.4 million to equal the US$3.85 million he received in 2015.

In a regulatory filing ahead of the company's May 11 annual meeting, the Montreal-based company said the proposals were accepted and approved by the board.

Bombardier has been at the centre of weekend protests over the compensation awarded to its senior executives.

Had the changes not been approved by the board Monday, the executive compensation for 2016 would've been nearly 50 per cent more than what it would've been the previous year.

Bombardier unable to shake off public anger over pay to executives