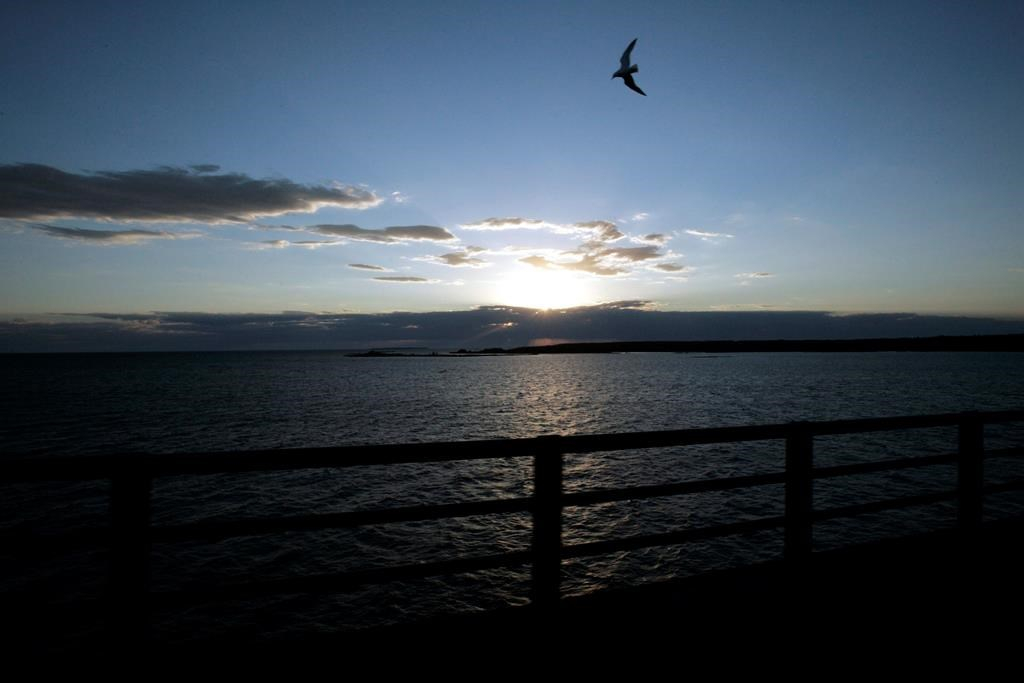 A spill at a U.S. Steel plant in northern Indiana that sent wastewater containing a potentially carcinogenic chemical into a Lake Michigan tributary was apparently caused by a pipe failure but testing has found none of that toxic substance in the lake, the company and federal officials said Wednesday.

Tuesday's spill of an unknown amount of wastewater led to the closure of three beach areas at the scenic Indiana Dunes National Lakeshore and prompted a local water utility to stop drawing water from the lake out of "an abundance of caution," the U.S. Environmental Protection Agency said.

U.S. Steel said a preliminary investigation shows an expansion joint failed Tuesday in a pipe at its Portage, Indiana, facility, allowing wastewater from an electroplating treatment process that contains hexavalent chromium to flow into the wrong wastewater treatment plant at the complex.

That wastewater eventually flowed into the Burns Waterway, a lake tributary, at a point about 100 yards from Lake Michigan, said the EPA, which is overseeing the response to the spill.

Indiana American Water, which operates a water treatment plant at nearby Ogden Dunes that draws water from the lake about two miles from Burns Waterway, temporarily shuttered that plant following the spill, and is instead tapping water reserves.

Andy Maguire, the EPA's on-scene co-ordinator, said initial water testing results at the utility's intake point showed hexavalent chromium levels slightly above the detection limit for that chemical. But he said a subsequent test of the same sample showed levels at or below the detection limit, which Maguire called well below EPA's health-based standard for ingestion of that chemical.

"Even if that number was slightly above the detection limit, it's below our very conservative health-based levels for ingestion. That's not a drinking water standard. Those numbers are calculated by an ingestion model," he said, to account for events such as a person accidentally drinking surface water while swimming.

Maguire said testing is continuing at the intake and other points on the lake and adjacent areas, but hexavalent chromium from the spill has so far not been found in the lake.

The EPA has said that hexavalent chromium — a toxic byproduct of industrial processes — might be carcinogenic if ingested. The toxic heavy metal is used in a variety of industrial processes, including steelmaking and corrosion prevention, and as a pigment in dyes, paints and inks. It's also found in ash from coal-fired power plants.

A case involving the chemical was made famous by the 2000 film "Erin Brockovich," which was based on a utility's disposal of water laced with hexavalent chromium in unlined ponds near Hinkley, California. That disposal method polluted drinking water wells and resulted in a $333 million settlement.

Hexavalent chromium has been linked to a variety of illnesses when inhaled, including lung cancer. Laboratory rats have developed cancer after drinking water tainted with the chemical, according to the National Institutes of Health.

U.S. Steel said the spilled wastewater came from a process used to treat steel after it has been electroplated. That wastewater is supposed to flow into a special treatment plant, but the pipe failure prevented that from happening.

Maguire said EPA and U.S. Steel are still working to determine how much wastewater was discharged.

U.S. Steel has halted all production processes at its Portage facility as it works with the EPA, state and local officials to respond to the spill, repair the damaged pipe and remove the hexavalent chromium.

The National Park Service said it closed three beaches along the nearby Indiana Dunes National Lakeshore based on a recommendation that all beaches within three miles of the spill site be closed as a precaution to protect park visitors.