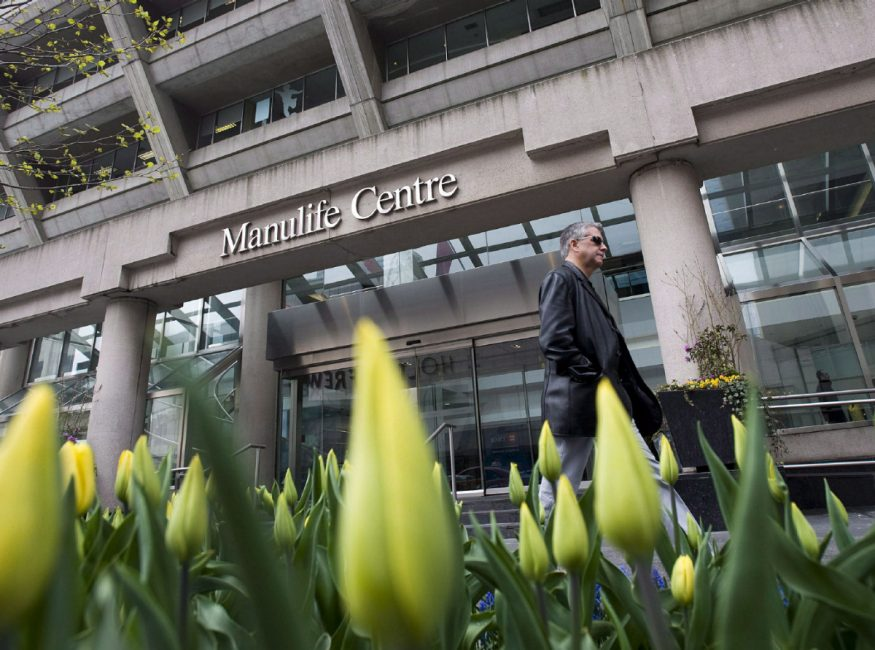 Manulife signed a secret deal with Canada's financial intelligence agency to keep its name secret after it was caught violating the country's money-laundering law about 1,200 times. File photo by The Canadian Press
Previous story
Next story

The head of Canada's financial intelligence agency has admitted it signed a deal that interfered with the government's legal obligations under federal freedom of information legislation.

The director of the Financial Transactions and Reports Analysis Centre of Canada (FINTRAC) made the admission on Tuesday as he elaborated on a confidential agreement that FINTRAC struck with Manulife after fining the bank $1.15 million for violating Canada's money laundering rules over 1,200 times.

Canada's access to information legislation is an accountability tool that allows Canadians to gain access to public records within 30 days after paying a $5 fee. The legislation allows the government to request extensions or censor information if it can provide valid reasons for doing so.

"The issues were very different than what we face normally (after receiving a formal request for access to information)," said the agency's director, Gérald Cossette at the House of Commons access to information committee. "Normally, of course, we redact according to the legislation. In this case there were several factors which explain why it took so long, and there's the confidential agreement that we had with Manulife that explain others."

Under the existing Canadian law, anyone who conceals a record or who directs, counsels, causes or proposes to conceal a record can be found guilty of an indictable offence and face up to two years in prison.

There is no evidence that anyone at FINTRAC deliberately tried to violate the Access to Information Act.

Secret deal kept Manulife's name under wraps for a year

Prime Minister Justin Trudeau's Liberals swept to power during the 2015 election with a promise to put an end to government secrecy and make federal information open by default. While the government made some initial adjustments, including the elimination of search fees imposed on Canadians seeking public records, it has indefinitely postponed making major changes to the Access to Information Act.

The secret deal between FINTRAC and Manulife kept the bank's identity under wraps for almost a year. In December, a joint investigation by National Observer and the Toronto Star revealed details of the bank’s failures. Then in February, CBC News unmasked Manulife as the bank in question, and soon after, Manulife’s parent company released a statement, confirming the report.

Cossette said the agency was told by “somebody from the outside” that the information identifying Manulife was leaked by FINTRAC itself. It subsequently investigated that allegation internally, he said.

The internal investigation to identify the source of the leak was the first of its kind at FINTRAC, to “establish whether the leak came from our organization or not,” Cossette said. The “first phase” of this investigation, he said, “doesn’t show anything.”

But he insisted that “there is no proof” that the leak came from FINTRAC, “and I don’t like insinuations that there may be.”

There were “under 20” people involved in the case, he added, which would narrow the investigation.

Prior to the unmasking, FINTRAC was cautious about revealing any information about Manulife, said Cossette, even though the agency was “aware that the name of the entity was known.”

Pressed by Conservative MP Matt Jeneroux to explain what he meant by that, Cossette said they were being bombarded with media requests.

His comments came one month after FINTRAC admitted it had reached a deal with Manulife in order to “conclude court proceedings.” The bank would pay a penalty, the agreement went, and it would not have its name revealed. Cossette said the agency signed the deal because it was worried a lengthy court battle could obscure information about the penalty in the long run.

“The reason why we signed an agreement with Manulife is to avoid a long court proceeding that may have taken years, which means that at the end of the process, people may not remember why the entity was penalized, and moreover, we would have no control over what the court would decide.”

Cossette also said he exercised his authority to withhold Manulife’s name because the penalty was about an “administrative” violation, not in relation to actual money laundering.

This is similar to Manulife’s stance. The bank said there was “no evidence” to suggest that its failure to report 1,178 incoming or outgoing transfers over $10,000 as well as 45 cash deposits over $10,000 “were connected to any financial misconduct."

But the deal also meant that when the agency was processing requests under the Access to Information Act for public release, it “had to take into account the fact that the bank’s name had been withheld, and that we had signed a legally-binding agreement with Manulife,” Cossette said.

"As a result, the centre took care to exempt details of its assessment of the bank's non-compliance that, if released, would prejudice the competitive position of, or cause a financial loss to, the entity. This is not the intended purpose of the broader penalty regime, which is not of a penalty nature."

He also explained that an unidentified judge agreed to keep Manulife's name confidential during initial court proceedings "which would mean until that process ended, there would be no possibility of naming them. So it was then a decision of, do we fight that appeal?"

The Office of the Information Commissioner of Canada, which investigates complaints about the handling of access requests by federal institutions, said it can’t comment on redaction decisions “as these could become the subject of an investigation,” according to an emailed answer to questions from spokeswoman Natalie Bartlett.

Cossette did acknowledge that following the Manulife controversy, the agency was “currently examining” its penalty policies “to ensure that they strike an appropriate balance between the need for transparency and the requirements” of the law under which it operates.

In response to questions about Cossette’s statements, Manulife spokesman Sean Pasternak said the bank had no comment.

Cossette’s appearance at the committee was first reported by Blacklock's Reporter.

Editor's Note: This article has been updated to clarify that the director of FINTRAC stated that the deal had interfered with his agency's legal obligations under Canada's access to information act.