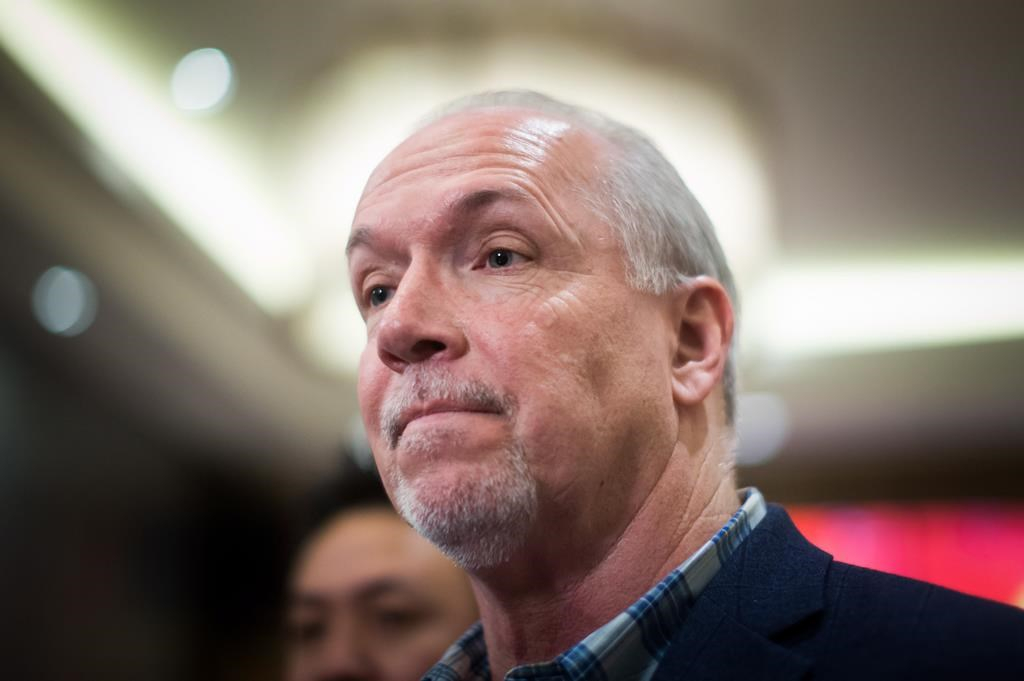 NDP Leader John Horgan listens while taking questions during a campaign stop at a Chinese restaurant in Vancouver, B.C., on Friday April 14, 2017. Photo by The Canadian Press
Previous story

Although Clark said it wasn't a day for politics, she did take aim at the NDP's announcement this week to eliminate tolls on two major bridges in the Lower Mainland.

The New Democrat's announcement came just after the Liberals said they would cap bridge tolls to $500 per year for drivers in a bid to attract drivers in the Surrey and Delta ridings.

She said tapping into the prosperity fund created by her government would "raid our kids' inheritance."

At an event in South Vancouver, NDP leader John Horgan responded to the criticism, saying the fund is a fantasy because there haven't been any LNG revenues to support it.

Horgan said Clark's government failed to create jobs in the LNG sector which they promised in the last election.

The NDP leader then turned the tables, saying Clark has already failed the province's children by "starving them of the education they deserved," a reference to legislation that blocked teachers from negotiating class sizes. The Supreme Court of Canada deemed it unconstitutional last year.

"From kindergarten to Grade 12, a whole generation of kids was let down by Christy Clark. I'm not going to take any advice from her on the future," Horgan said.