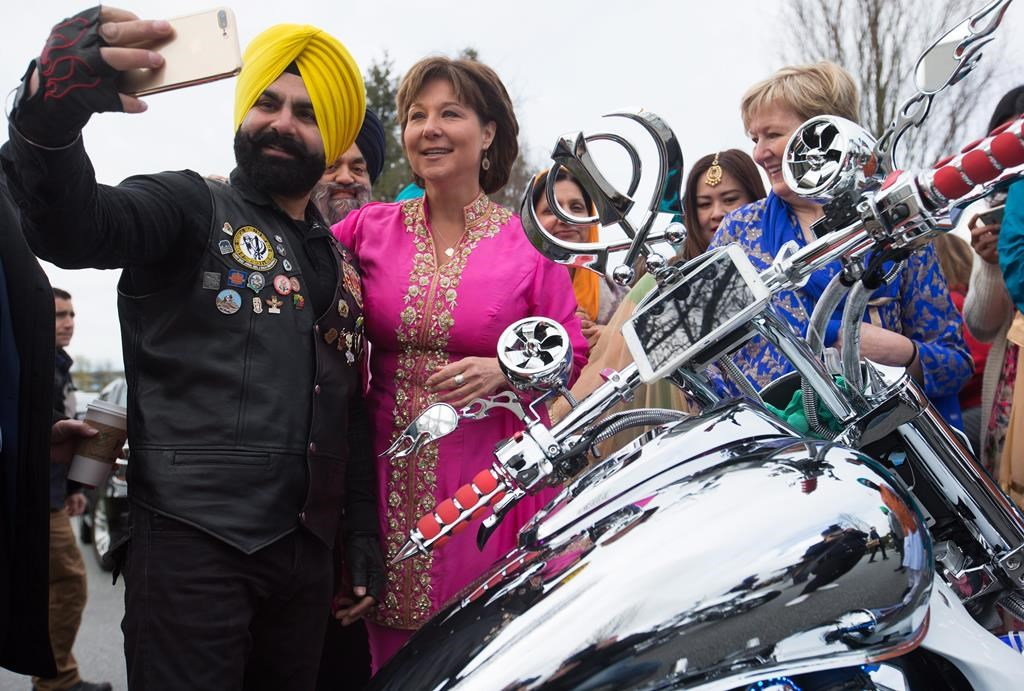 B.C. Liberal Leader Christy Clark, second left, poses for a selfie with a member of a Sikh motorcycle club during a Vaisakhi event at the Khalsa Diwan Society Sikh Temple in Vancouver, B.C., on Saturday, April 15, 2017. Photo by The Canadian Press
Previous story

British Columbia's Liberal and NDP leaders largely kept the politics out of their speeches while addressing the Sikh community at the annual Vaisakhi celebration this weekend.

The leaders spoke to worshippers at a Sikh temple in South Vancouver on Saturday ahead of parade celebrating the birth of the religion.

NDP leader John Horgan made light of the fact politicians were setting aside their political beliefs for the day, pointing out the event managed to bring together members of all stripes.

"That speaks to the power of inclusivity here at the temple where on a day like today, we're all just human beings," he said.

Although the leaders didn't take a jab at one another, they were appealing to voters in an area that was a tight race in 2013 with the Liberals having won against the NDP with just under 500 votes.

Horgan reminded residents at the temple that his party shares many of their values.

He also told the crowd that if elected, the NDP would re-establish a provincial human rights commission that was abolished by the governing Liberals in 2003.

He said other provinces have human rights commissions, and reinstating the institution in B.C. would create a place where those who feed on discrimination can be educated.

Liberal leader Christy Clark also promoted her party's values of inclusivity, and said the day is a reminder of everyone's shared goal of creating a compassionate society.

While at the podium, she took advantage of the opportunity to introduce her party's candidates for the area.

"It was in part because we believe collectively in supporting those who have less," Clark said.

Both leaders also marched in the subsequent Vaisakhi parade, which is one of the largest in the world.

Alberta premier warns her government workers away from campaigning for B.C. NDP