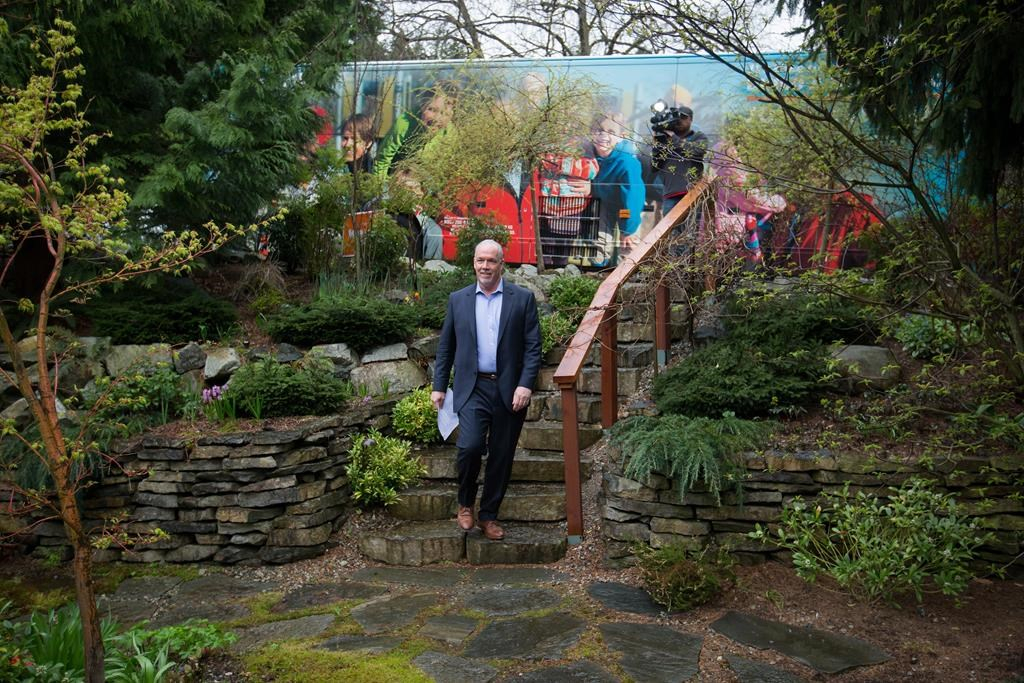 NDP Leader John Horgan arrives at a house for a campaign stop in Burnaby, B.C., on Monday, April 17, 2017. Photo by The Canadian Press
Previous story
Next story

The centres would be open evenings and weekends and would allow patients to see the care provider that fits their needs, whether it's a doctor, nurse practitioner or counsellor, Horgan said at a campaign stop ahead of the May 9 election.

Horgan said Christy Clark's Liberals are letting down patients, who are waiting for hours at walk-in clinics or emergency rooms. The NDP said 700,000 people don't have a family doctor, with 200,000 still looking for one.

"It's a fundamental right in Canada to access our public health care system. I will defend that to my last breath," Horgan said.

The NDP leader made the promise in Burnaby, flanked by two local residents who can't find a family doctor. Sky Belt said her friend visited walk-in clinics several times for pain and was told she had anxiety before she was finally diagnosed with cancer.

"Those months that she spent not having a family doctor have made her situation very critical," Belt said.

The Liberals estimated in 2013 that 200,000 British Columbians didn't have a family doctor. They campaigned in 2010 and 2013 on providing a family doctor to every resident who wanted one by 2015, but conceded two years ago they would not meet their target.

Campaigning in Campbell River, Clark highlighted her government's record on helping business, such as phasing out the provincial sales tax on electricity that she said would save businesses $160 million a year, including pulp and paper companies on north Vancouver Island.

Vancouver Island has been a stronghold for the NDP but Clark said the island has a successful economic record because of Liberal policies. She said the unemployment rate on the north island is half what it was under the last NDP government.

"More people are working and our jobs plan has worked for British Columbia," she said.

"We've supported the private sector in creating thousands of jobs here and I don't think people, whether in the south island, the mid-island or the north island, want to give up that prosperity. We want to keep this going."

Horgan's promise was short on details, with no specific number of urgent-care centres an NDP government would build or a cost estimate. He said the party would shift priorities to make room in the existing health budget.

"We want to assemble those teams in a cost-effective way," he said.

Later, Horgan visited Coquitlam's Riverview Hospital, a shuttered mental-health institution, where he has promised to reopen some residential care facilities. The NDP would also establish a Ministry of Mental Health and Addictions to help people get timely and effective treatment.

Green party Leader Andrew Weaver, who is campaigning on a promise to "do politics differently," unveiled his party's platform on democratic reform in Victoria.

He said his party would establish a public watchdog to oversee government advertising and communications, block cabinet ministers from engaging in partisan fundraising, ban corporate, union and out-of-province donations, and place limits on individual contributions that would be in line with current federal limits.