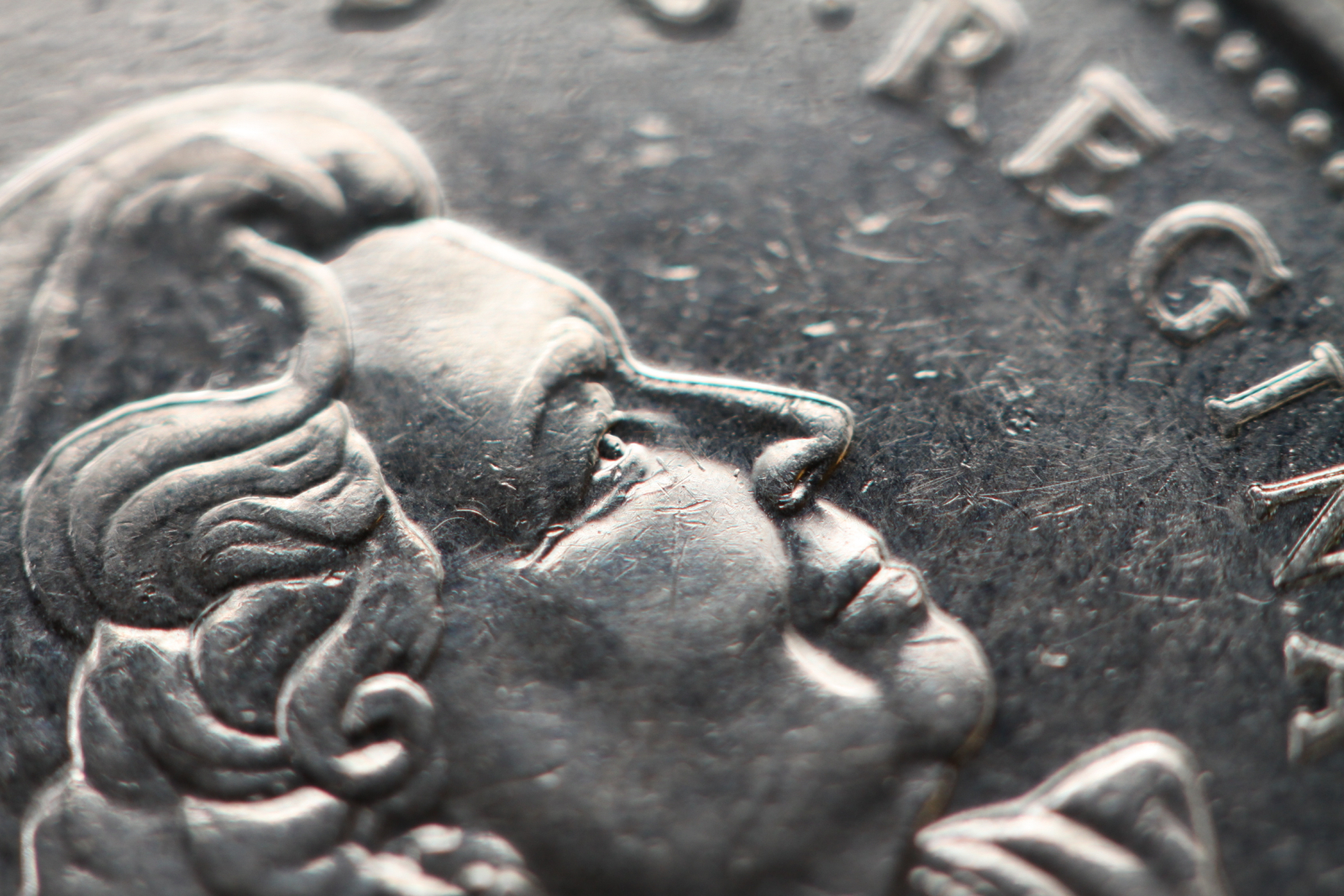 Canada’s financial intelligence agency FINTRAC says it had to change how it released info on Manulife via freedom of information requests because of a secret deal it signed with the bank. Flickr Photo: Eli Christman
Previous story
Next story

​Ever since Canada’s financial intelligence agency levied an unprecedented penalty against Manulife for violating money-laundering rules, critics have wondered why the bank's identity was kept hidden for almost a year.

Last week, the director of the Financial Transactions and Reports Analysis Centre of Canada (FINTRAC) admitted that a secret deal that the agency struck with Manulife interfered with the government's freedom of information obligations. "Normally, of course, we redact according to the legislation," said the agency's director, Gérald Cossette, but this time "the issues were very different."

Now, critics are raising questions about whether the deal was in the public interest, and whether the agency's hands were legally tied on secrecy. They also wonder how far a deal like the one Manulife reached can go to avoid access to information disclosures, and what signal such deals sends to would-be violators.

Manulife was fined $1.15 million for failing to report the sending or receipt of 1,178 large money transfers and 45 large cash deposits from early 2012 to the end of 2013. Financial institutions are required by law to report such transactions to FINTRAC to help detect and deter money laundering and terrorism financing.

Prime Minister Justin Trudeau promised to scale back government secrecy and make federal information "open by default" during the 2015 election campaign. But in March, following some initial adjustments, his government indefinitely postponed a suite of changes to the Access to Information Act that it had earlier proposed, saying it needed more time to “get it right.”

“The Access to Information Act is a weak system: it allows for a culture of secrecy, and has many secrecy provisions,” said researcher and transparency advocate Ken Rubin.

‘Every deep-pocket corporate entity...will attempt to negotiate a settlement’

For Rubin, who has worked on access to information issues for decades, the deal is altogether too common for Ottawa. The use of such methods, he said in an interview Tuesday, has been “widespread.”

The Access to Information Act allows a long list of exemptions, noted Rubin, including for “third-party information” that could lead to the financial loss or gain or the spilling of trade secrets, as well as interference in contractual or legal obligations. There are also provisions against releasing information related to “law enforcement and investigations."

Either of those two exemptions, or other sections of the Act, could have been used to justify the secret deal, Rubin argued. “There’s always been that mentality that third-party privileges prevail, period."

Cossette told the House of Commons access to information committee last week that FINTRAC signed the deal with Manulife because it was worried a lengthy court battle could seal the case and potentially obscure the public’s knowledge for years.

Rubin said while he would agree that the courts usually go along with non-disclosure or non-publication, “they’re only as good as the laws that allow for this.”

FINTRAC's director went back and forth with committee members over the agency’s process for deciding whether to sign a deal with an entity that it’s penalizing.

“Are you concerned that your reasoning in this case might lead to scenarios where organizations that are well-funded and have the legal means to threaten a long, protracted legal battle will secure a kind of preferential treatment?” asked New Democratic Party MP Daniel Blaikie.

“I don’t think it would be appropriate, Mr. Chairman, for me to comment on accessibility to the legal system,” Cossette responded.

Blaikie tried again. “Are you blind to the legal and financial resources of institutions when you make a decision based on the potential for legal delay?”

“Yes, we are blind,” said Cossette. “We have seen, historically, organizations with different means going to court in response to penalties.”

The issue was not whether entities have the financial capacity to go to court, said Cossette. The issue was that the court may decide to seal the proceedings.

Should violators automatically be made public?

The issue of preferential treatment for well-funded institutions is exactly the point, said Christine Duhaime, a Vancouver-based lawyer who specializes in counter-terrorist financing and anti-money laundering law.

“The danger now is that every deep-pocket corporate entity who violates anti-money laundering law, or worse, terrorist-financing law, will attempt to negotiate a settlement that includes non-disclosure,” said Duhaime in emailed comments.

She said FINTRAC's decision was “not reflective of the pulse of Canadians,” who are concerned about financial crime and preferential treatment of the corporate elite. While the agency takes compliance very seriously, she argued, this case “unfortunately makes it look like Canada is too casual about enforcement and deterrence.”

She also said she wasn’t convinced that the deal to hide the bank’s identity was legally-binding on the government of Canada, regardless of any of the deal's provisions on confidentiality.

“I don't see” that the legislation governing the agency, the Proceeds of Crime (Money Laundering) and Terrorist Financing Act, “authorizes such confidentiality provisions,” said Duhaime.

FINTRAC offered no further details when National Observer asked it to explain what its position is on signing confidential agreements with penalized entities, and what factors it takes into account when determining whether to sign such a deal and what it would contain.

Manulife spokesman Sean Pasternak said last week that the bank had no comment after being asked to elaborate on why it struck a deal that had an effect on transparency.

Duhaime and Rubin also noted that the public interest could have been invoked to trump other confidentiality interests in the case, if the government so chose.

For example, the bank's name could have been disclosed on public policy grounds to “ensure transparency in the administration of justice,” argued Duhaime.

Rubin said provisions allowing special privileges in the law should be removed.

If a federal government agency is obligated to monitor violations and take enforcement action when companies aren’t following the rules, he said, then secrecy provisions should automatically be dropped when violations are found.

“If you had disciplinary action, penalties and violations, you would have to automatically release that: name the names and give the circumstances,” he said.

FINTRAC’s decision to enter into a deal with Manulife showed that, instead, “this agency is open for deals.”

That’s not regulation, he said, “that’s co-optation or collaboration.”

I was initially optimistic

I was initially optimistic when the current government claimed that it was going to be far more transparent about what is happening in government.

Unfortunately, I have yet to see this occur in the least. The Access to Information Act needs a complete revision so that, for example, emails on private systems are not part of any information that is retrievable in an information request. Further there needs to be penalties with teeth and enforcement for those deliberately hiding information.

When it comes to deals such as this one with Manulife, the public has a right to know what the offences were, the perpetrating organisation and the penalty imposed. This must be part of public information as it acts as a further deterrent to corporate malfeasance.

This government seems to be

This government seems to be in bed with the grifters.

Over and above the obvious moral and legal issues this sordid deal involves, it is also a violation of shareholders rights for Revenue Canada to conceal the information that Manulife was engaged in massive money laundering. People who invest their hard earned savings have a right to know if a company they have or are considering investing in is engaged in illegal practices. If a company can appear to present itself as a good investment only on the basis of illegal dealings, perhaps that is not a company you should place your financial trust in. The federal government's silence of the identity of Manulife, or any other company engaged in shady dealings, is tantamount to perpetuating a fraud that the company involved is above board and worthy of investor confidence.

Investigating and exposing the dirty secrets of the current government and corporate Canada makes subscribing/contributing to the National Observer critical to the continued reporting of stories like this.

That company should be named

That company should be named ManuDeath. Our naive union signed us on to them. Gawd.