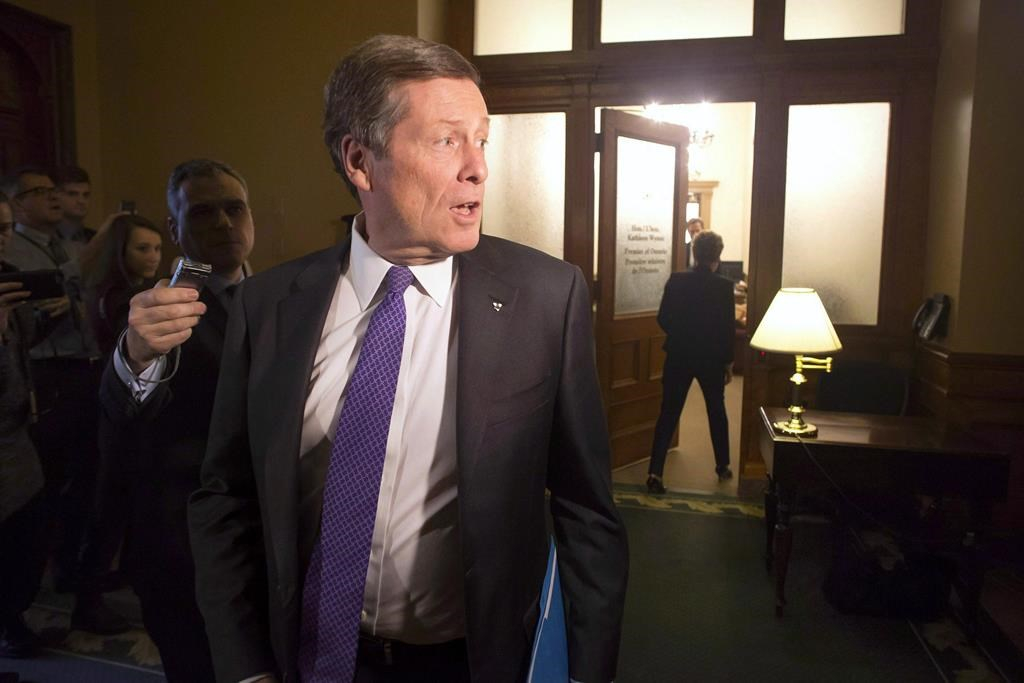 Toronto Mayor John Tory turns to answer a reporter's question as Ontario Premier Kathleen Wynne, right, walks back into her office following a meeting in Toronto on Monday, January 30, 2017. File photo by The Canadian Press
Previous story
Next story

Mayor John Tory says he plans to discuss Toronto's lagging rental supply, a vacant property tax and the lack of real estate data when he meets Tuesday with the federal and Ontario finance ministers.

The meeting between all three levels of government was arranged earlier this month in an effort to address soaring house prices in Canada's largest city.

Last week, the head of the Bank of Canada warned of growing speculation in the Toronto housing market and said a correction there could reverberate in other parts of the country.

Provincial Finance Minister Charles Sousa is expected to address the issue in his budget next week after dropping hints that he will aim to tackle speculation.

The provincial Liberal government is facing growing pressure to do something to address housing affordability in the Greater Toronto Area, where the average price of a detached house hit $1.21 million last month, up 33.4 per cent from a year ago.