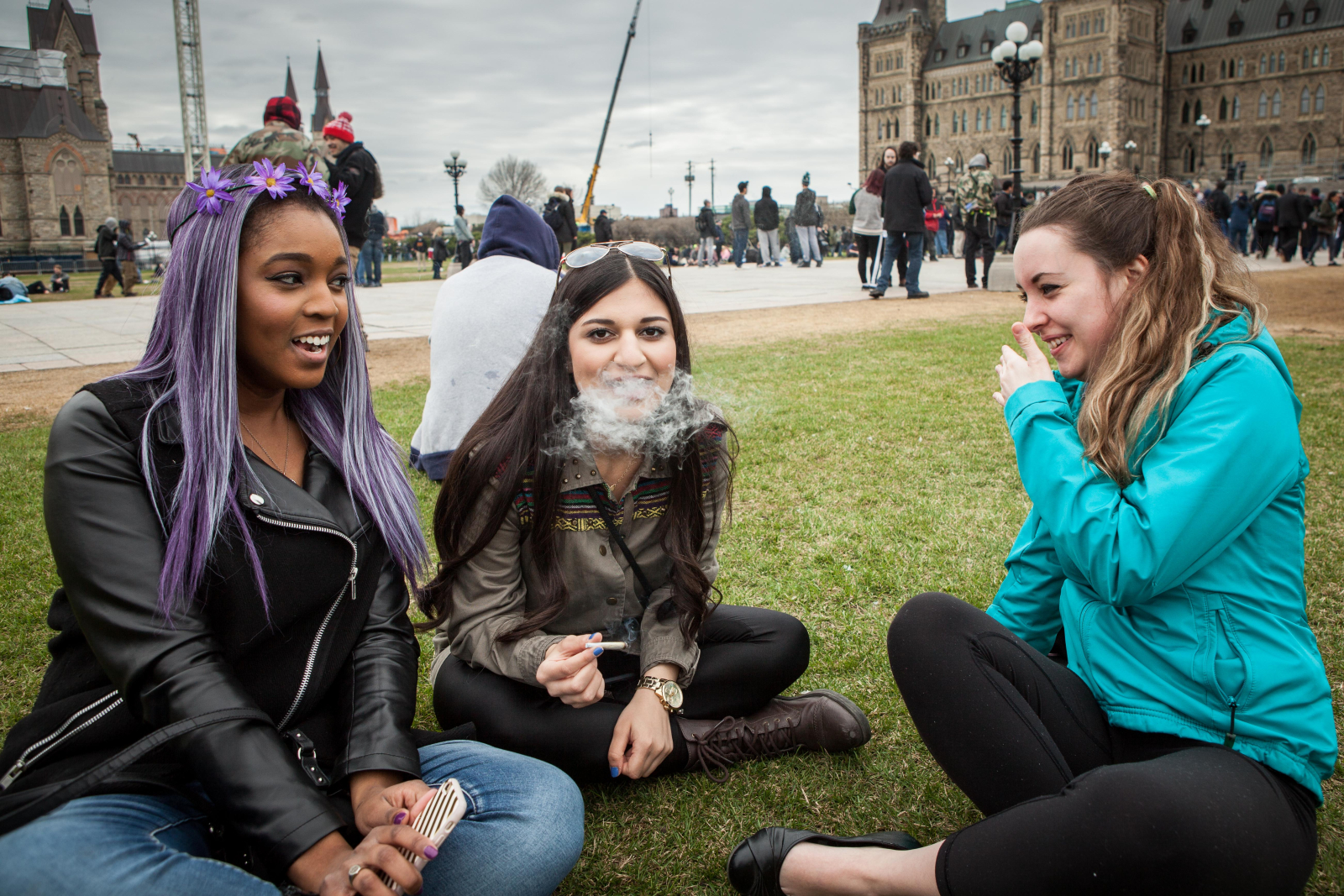 Bayley (left), Sarah (centre) and Kelsey (right) are among hundreds of people having a good time on Parliament Hill on 4/20 in 2017. Photo by Alex Tétreault
Previous story
Next story

Cody Van Gogh is worried about the Trudeau government's plan to legalize marijuana.

As he speaks to a crowd gathered around Parliament Hill in Ottawa for the annual 4/20 festivities, he describes himself as a professional roller and cannabis artist. He holds up a sample of his artwork — a unique piece that resembles an origami dragon.

But Cody's artistic creation also happens to be made from a massive 94 grams (!) of rolled weed and he's afraid it will land him in jail.

He's not the only one who has a unique story as people spread chatter about what the Liberal government's new legislation, introduced earlier this month, will actually mean.

As The Canadian Press reported a few days earlier, a suite of legislation introduced by the government would, once passed, establish a "strict legal framework" for the production, sale, distribution and possession of pot. It would make it illegal to sell cannabis to youth or use a young person to commit a cannabis-related crime.

And on this afternoon, the Hill's lawn is filled with dozens of groups of people huddled together, sitting in circles, passing joints and bongs around.

A sizeable RCMP presence watches the scene keenly, but doesn't try to stop the festivities. It's interesting, given the fact that the green stuff is not yet legal, but it's also not unusual. This is the one day a year where the law enforcement seems to let the activity slide.

I hung around for part of the celebration to capture a few moments and stories. Plenty of snacks went around as the distinct aroma weed overpowered the smells of spring, prompting many empty stares into the distance.

Here are some images and micro-stories from hanging out on the Hill on a cloudy and chilly 4/20 afternoon.