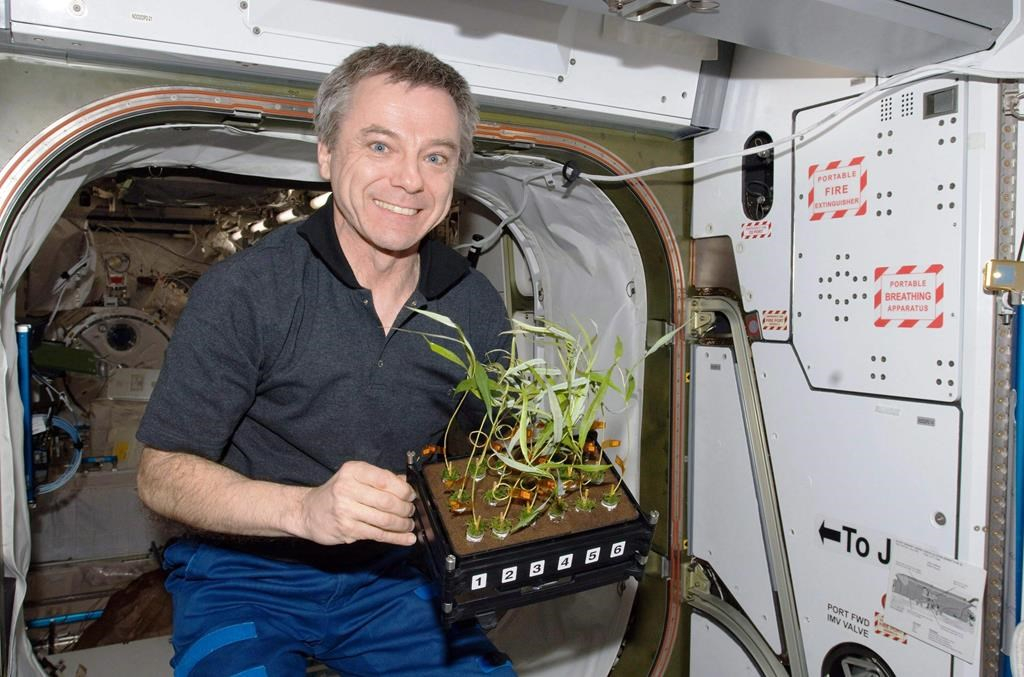 Retired Canadian spaceman Bob Thirsk asks himself a couple of simple questions when sizing up people who tell him they want to become an astronaut.

"Would I enjoy spending a long period of time ... with this person? If I can say yes, I will go on and consider that person as a potential candidate," Thirsk, who was selected as an astronaut in 1983, told The Canadian Press.

The fourth recruitment process is currently underway as Canada looks to double its astronaut corps this summer with the addition of two new members.

The field has been reduced from 3,772 to 32, including 11 women. A further cut will be announced by Innovation Minister Navdeep Bains in Toronto on Monday.

Thirsk, who holds the Canadian record for most time spent in space with more than 200 days, says some stereotypical Canadian traits come in handy for potential astronauts: politeness, diplomacy and mediation.

"You can be technically brilliant, but if you irritate your other five crewmates, the crew is not going to be as efficient and productive as a crew that might have less technical skills, but get along well together," he said.

The Canadian Space Agency has chronicled the current recruitment process online, but the specifics remain a tightly guarded, confidential process.

But that hiring process has continuously evolved over time, said Thirsk, who is now chancellor at the University of Calgary.

In the early '80s, Canada was seeking payload specialists to fulfil science and research roles on shuttle missions.

Thirsk, a medical doctor who was inspired by Apollo missions, jumped at the opportunity.

"We even attended cocktail receptions — we were naive, we thought we were just there to meet people, but we were actually being watched to make sure we had the social graces that were required to be a representative of Canada," Thirsk said with a laugh.

More than three decades later, Canadian astronauts hold the same functions as their NASA or international counterparts, Thirsk said. That includes taking part in spacewalks, operating robotics and taking on leadership roles as Chris Hadfield did when he commanded the International Space Station in 2012 and 2013.

Dave Williams, who joined in 1992 and went to space in 1998 and 2007 before retiring the following year, said evidence suggests the current prospects have faced simulations of intense physical situations such as jumping into water from a helicopter, coping with flooded compartments and dealing with firefighting scenarios.

"These are all things we did not do in 1992, we added them in 2009," Williams said, noting the simulations are more arduous this time around.

"Every time we do this, we change it, we morph it, we try to make it a more rigorous process," added Williams, now CEO at Southlake Regional Health Centre in Newmarket, Ont.

Williams, who was involved in the 2009 hiring process, says exercises allow appraisers to see how candidates react in an operational environment — where time-critical decisions matter, not unlike during unforeseen circumstances in space.

"We're trying to evaluate the comfort level that candidates have with being uncomfortable," Williams said. "I mean being uncomfortable because you're at the edge of your performance capabilities and that's just part of the nature of what we do in the space program."

Both Williams and Thirsk agree getting to the final group is a huge accomplishment in itself. Williams called it a humbling experience to be around talented individuals. Those selected with him included Hadfield and Julie Payette.

"We actually became friends, we were all kind of naive, we were all thrown into this together not really sure about what to expect as an outcome, all passionate about space flight," said Thirsk.

"That actually bonded us together even though we were all competing for a small number of spots."

The new members will begin training in Texas in August, joining Canada's two active astronauts, Jeremy Hansen and David Saint-Jacques, who both joined in 2009.

Saint-Jacques has been assigned a six-month mission aboard the International Space Station that is scheduled to begin in November 2018.