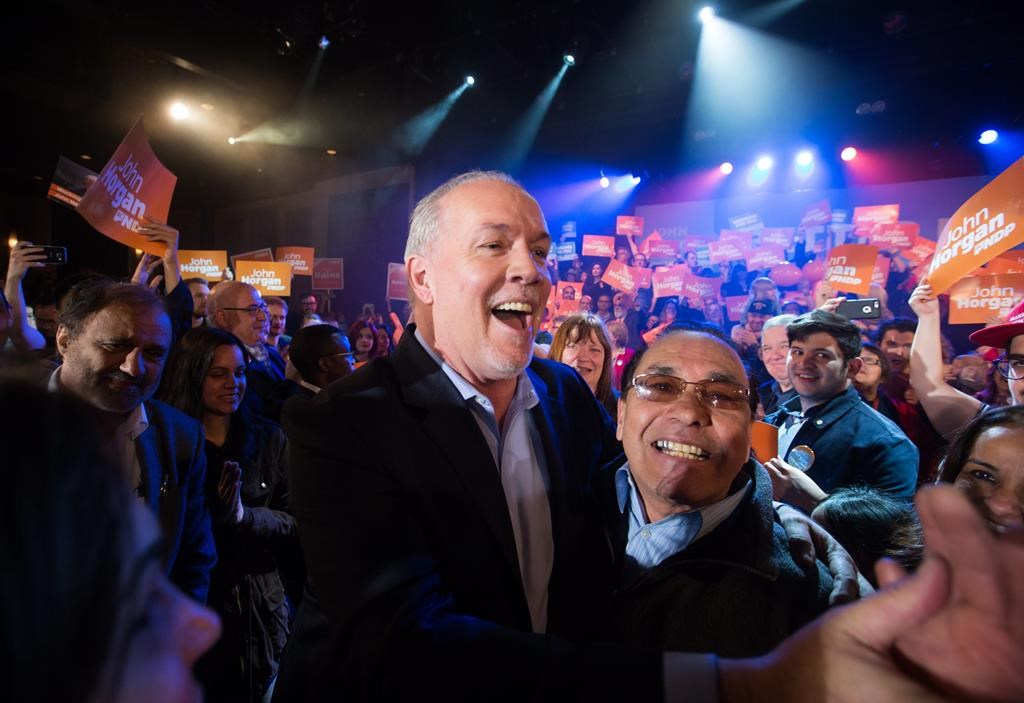 British Columbia's election campaign is nearing the halfway mark and the leaders of the province's main political parties are battling for votes.

NDP Leader John Horgan hosted a rally in Vancouver yesterday, telling the crowd that voters have only one choice in the provincial election if they want to make the province more affordable.

He said Liberal Leader Christy Clark isn't working for average people, but for the top two per cent of British Columbians, while the NDP wants to make life more affordable for everyone.

Speaking at Vancouver's annual Sun Run yesterday, Clark said she was optimistic about her party's chances come election day on May 9, but knows there's a lot of race left to go.

She said her party has been spending every day talking to voters about what they believe in, including the importance of job creation and economic growth.

The leaders will face off in a televised debate on Wednesday.