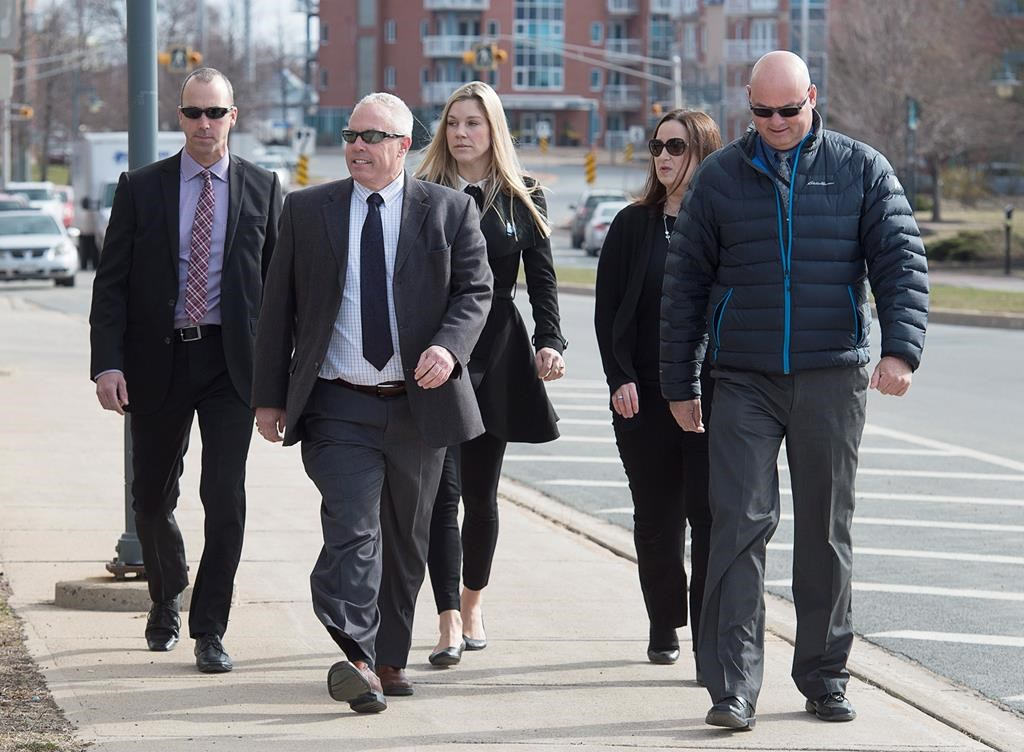 Some of the Mounties killed in a 2014 massacre in Moncton might have survived had the RCMP complied with labour laws, a Crown prosecutor told a judge Monday.

Crown attorney Paul Adams said the vast majority of officers who responded to an active-shooter call lacked full training and requalification in firearms.

The RCMP is on trial on Labour Code charges stemming from its response to the shooting rampage, which killed three officers and wounded two more.

The charges allege the RCMP failed to provide members and supervisors with the appropriate information, instruction and training in an active shooter event, and didn't give members the appropriate equipment.

In his opening comments, Adams said he is not alleging an RCMP failure was the direct cause of death and injury, but said proper training and equipment may have led to a different outcome.

"Had the RCMP complied with Section 124 of the Labour Code, at least some of the fatalities would have been avoided," Adams told the court.

Section 124 requires employers to use a high standard of care to ensure the health and safety of employees.

"Members responding to the June 4 incident had no training specific to responding to an active shooter in an open urban environment," Adams said.

Judge Leslie Jackson told courtroom spectators they should be aware that the Crown's opening remarks are what it plans to prove during the trial.

The small courtroom was only about half full Monday, mostly supporters of two of the widows, Nadine Larche and Rachael Ross, and reporters.

RCMP lawyer Mark Ertel said Monday the force is committed to the safety of its members and the public.

He said the two sides have prepared an agreed statement of facts, so some witnesses won't have to testify. However he said RCMP Commissioner Bob Paulson is a possible witness.

Rob Creasser of the Mounted Police Professional Association of Canada has said he hopes the trial leads to accountability by the force.

He said the RCMP has made improvements in the last two years but should have done more after four officers were killed in Mayerthorpe, Alberta, in 2005.