Albertans get paid to save energy 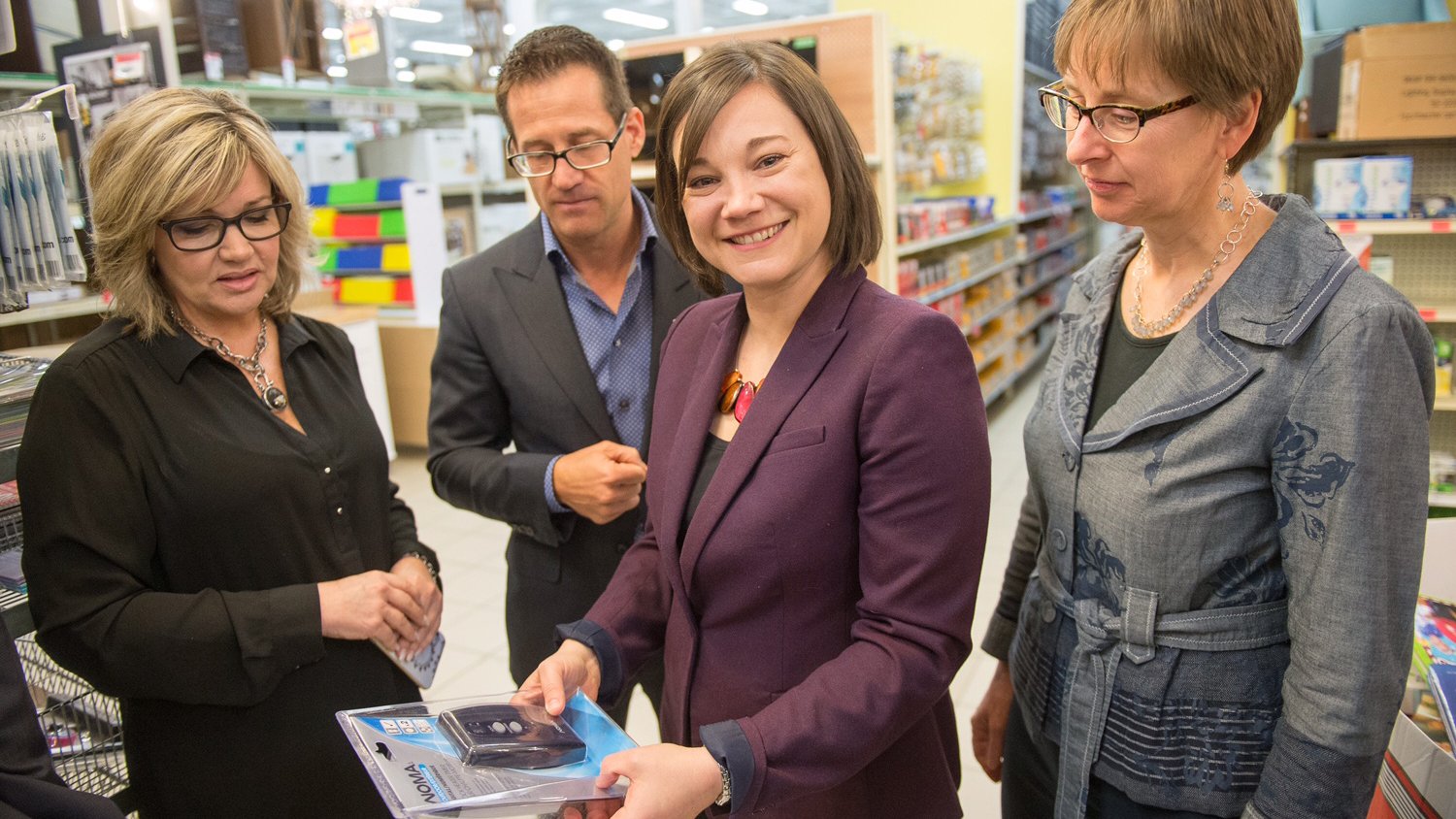 Albertans can get cash back on new energy efficient lightbulbs, programmable thermostats and other home products under a new provincial government program set to launch Friday.

From April 28 until June 11, Energy Efficiency Alberta is running the second part of a $24-million residential retail products program, by offering “instant rebates” to customers who buy products from participating stores.

“Our government has had to work quickly to ensure that Albertans reap the rewards of energy efficiency initiatives,” said Environment Minister Shannon Phillips when announcing the program at a Canadian Tire in Calgary, one of the participating businesses.

Customers will get a rebate at the till when they pay, the minister said. For example, Albertans can get $18 back for smart power bars, or $12 back for low-flow shower heads. Rebates are limited to 25 items for the same product in the same purchase.

The complete list of products available for rebates, and where to get them is on Energy Efficiency Alberta’s website. The province will run a second six-week campaign this fall.

Alberta expects the program to conserve 250,000 gigajoules of energy, enough to meet the energy demands of approximately 1,500 homes in one year. It also expects to save 307,000 tonnes of carbon dioxide equivalent, the same as taking 41,000 personal vehicles off the road for a year.

In all, 579 retailers are participating, including large outlets like Best Buy and Home Depot, and a host of other independent retailers like Eco Lighting Solutions and Litron Canada.

Energy Efficiency Alberta, a fledgling agency that just appointed its CEO, Monica Curtis, at the end of March, has a mandate to reinvest the estimated $645 million of proceeds from the province’s carbon tax that began Jan. 1 in efficiency measures. Curtis also appeared at the announcement.

A residential “no-charge” program already gives Albertans free in-home advice and product installation of energy-efficient products. Phillips said “twice as many Albertans than expected have signed up for that program to date; it’s become tremendously popular.”

Alberta also rolled out home-upgrade rebates last week for insulation, more efficient windows and tankless water heaters worth up to $3,500. Over 700 Alberta contractors have registered to deliver that program, said Phillips.

Curtis said the new “instant rebate” program will be promoted at in-store events starting early May by over 100 “efficiency ambassadors,” or local hires trained to help customers pick out energy efficient products and calculate the energy and cost savings. This is being delivered by Summerhill, a "customer engagement" firm.

Well, that's fine, but you

Well, that's fine, but you need to ask what the province does with much of the rest of their carbon tax revenues. The last I heard, they subsidize "trade exposed" heavy emitters like oil and gas industries because they're unable to tack the cost of the carbon tax onto the foreign consumer as they would in a domestic sale. It's a production based subsidy, so the more the polluter pollutes, the more subsidy they receive.

We are not getting paid to

We are not getting paid to save energy. The money for this program comes directly from Albertan's in the first place, via Bill 20 fuel taxes. Then a portion is "gifted" back in silly, vote-buying, greenwashing rebates.

Meanwhile, there are grave issues with the Redwater ruling and Lexin Resources debacle, resulting in multi billion dollar liabilities for the people of Alberta. Landowners are getting invoiced for mineral lease rents by the Crown, because of insolvent companies. Taxpayers are footing the bill for thousands of unpaid lease agreements, municipal taxes on residents are increasing to compensate for defaulted oil and gas industrial taxes. Mountain View County is one such district, that has raised personal taxes because of industrial defaults, largely because of Neo Exploration. The NDP have ignored this issue in the recent amendments to the Municipal Government Act.

Nexen is asking for a $19.5 million tax break from the Region of Wood Buffalo, CAPP lobbied for industrial mill rate reductions across the province, CNRL and Perpetual (which AIMCO has bailed out) are both asking for tax relief.

Lowest royalty rates in the history of the province. An average of 2 industry incidents per day. Pollution being under-reported by industry. Creditors and lenders now get precedent over environmental liabilities. The AER LLR system is a failure. The Orphan Well Fund ridiculously overwhelmed, while Grant Thorton LLP gets to profit obscenely from playing all sides, as bankruptcy trustee of Redwater, the auditor for the Orphan Well Fund and the AER's manager for the forced insolvency of thousands of Lexin's assets.

Look over here, you get $18 off a power-bar!! But will pay thousands in tax increases, for insolvent, defaulting oil and gas companies we subsidized for billions, also with your money.

Alberta has a multi-billion dollar hole in their revenue ship, which they are trying plug with rebates on low flow shower-heads. Rebates that are being paid for, by unfairly taxing Albertans on fuel. Is this just all a fanciful distraction for the voters that have no concept of how deep of trouble we are in? A buck back on a lightbulb, while there are billions are being paid out in the dark.

With only $60 million of the supposed $645 deployed so far, and no mention of how the $30 million the Feds gave Alberta, where is all this fuel tax money going? Overboard?

And 307, 000 tonnes in CO2 reductions sure sounds like a lot. However, just two fracked oil or gas wells emit that much C02 equivalent in their first year, from spud to production.

I don't want a rebate on a power bar, I have paid for that trivial item myself, I'd like the several leaking gas wells to be fixed by our home. I'd like the province to appropriately monitor and test well sites and facilities to protect public health. I want the high pressure sour gas lines surrounding our home to be inspected and maintained. Our taxes that increased because of defaulting oil and gas companies, should be revoked, as our property has been devalued by sour gas operations.

The rebate program for trinkets, only enriches the retailers, and does nothing to alleviate climate, environment or public health issues in the province. More greenwashing for Alberta. When will reality make an entrance?

Rachel Notley has a warning for Trump