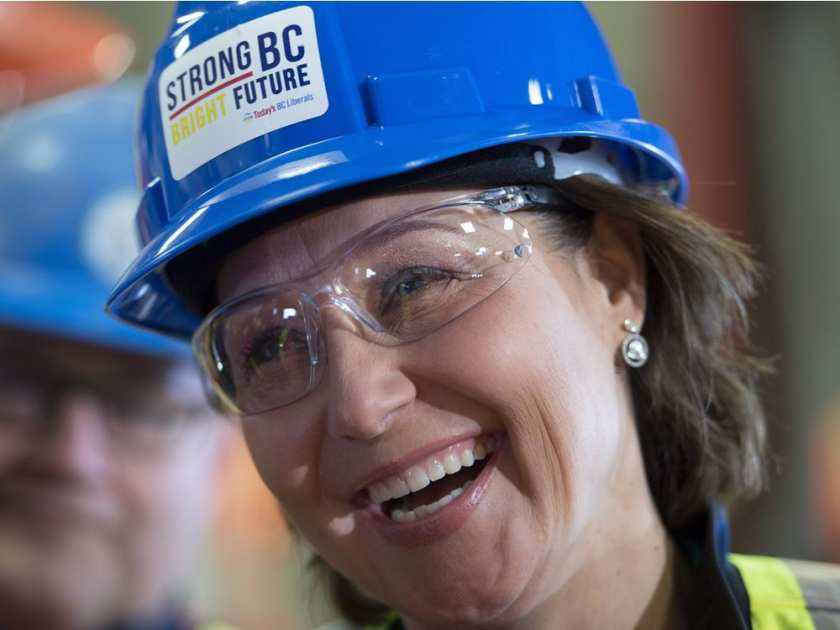 Giving money to political parties is just another way of communicating with governments, says a spokesman for Lafarge Canada, a generous donor to the BC Liberals.

“We view political donations as one of several tools we have in our tool box for our government advocacy in British Columbia,” said Jonathan Moser, Calgary-based head of public affairs for Lafarge, in a telephone interview.

“We would disadvantage ourselves if we didn’t take advantage of all the tools we have in our toolbox.”

In a candid interview, Moser explained Lafarge’s approach to National Observer because the company — which supplies concrete and asphalt to construction projects across the country — has been one of the top political donors among road-builders.

“We certainly don’t make that connection between our political donations and the work we’re awarded in a competitive tendering process,” said Moser, noting the company follows the appropriate laws in every province and state where it operates.

Corporate donations a hot issue on the campaign trail

“The tenders that we have won, this is all because of competitive bids through the tender process and the best company wins,” said Moser. “It’s a rigorous process.”

But does the debate about corporate and union donations to political parties make companies uncomfortable?

“There are other companies that have banned all political donations. If you ask them, I think they might say it makes it simpler for them,” said Moser.

Critics of the province’s wide-open political contribution rules are hammering the government during the May 9 provincial election campaign for annually collecting millions of dollars from corporations. The Liberals reported cash donations of almost $12.5 million last year of which 62 per cent — or $7.7-million — came from corporate and business donors. Individual donations made up 37 per cent of the total.

In comparison, the BC New Democratic Party took in $6.2 million including about $555,000 from corporations and $1.7 million from unions. Individuals donated about 60 per cent of the total.

The BC Green Party collected $754,988 in cash in 2016, with 98 per cent from individuals. Its 2016 Election B.C. report lists corporate donations of $4,935, but the party has since decided to no longer accept contributions from unions or businesses.

The Liberal Party says the current system is fair as long as it reports all donations in its “real-time disclosure” which lists the amount and the donor within 10 days of receipt.

Laws need changing but not yet, says NDP leader

Liberal leader Christy Clark attacked her main opponent this week for being swayed by big labour when news reports revealed that the NDP's two top campaign officials are on contracts paid by a B.C. branch of the United Steelworkers. They are on loan to the party as an "in kind contribution." The NDP says it will end corporate and union donations if victorious, but can't afford to give them up during this election campaign because of the Liberal's rich war chest.

"The laws need to be changed,” said NDP Leader John Horgan. "But I'm not going to put two hands behind my back when the most corporate-funded party in B.C. history is raking in money."

"It's a bit rich for them to criticize the Liberals and then not take a look in the mirror and then say, 'You know what, what are we doing?' My question to them is, 'Who's bought you?'" Weaver said.

In an emailed response to National Observer, Peter Loewen, director of the University of Toronto’s School of Public Policy and Governance, said B.C.’s approach raises questions including “the appearance of corruption and the reality of corruption. Many, maybe most, corporations do not expect an explicit quid pro quo, but why even entertain the possibility?”

Rules that restrict political donations to individuals haven’t been overturned in Canada, he notes, because it makes life simpler for elected representatives, too, Loewen adds.

“The explanation is, to me, obvious: they do not like operating under even the assumption that they respond to donors. They would rather not have to kowtow to corporate donors.”

Last month Sonya LeBel, the lead lawyer from Quebec's Charbonneau Commission, told a B.C. law school audience that the only way to prove industry-political collusion is by collecting years of data and analysing it for red flags like predictable amounts being bid and companies taking turns in submitting the lowest bid. The Charbonneau Commission investigated the awarding and management of government contracts in the construction industry for several years.

National Observer used publicly available information from Elections BC financial reports and BCbid, which deals with government contracts, to confirm data provided by the Dogwood Initiative, a voter network with offices on Vancouver Island and in Metro Vancouver that wants a ban on corporate and union donations to political parties.

Other road contractors who were top contributors to the BC Liberal Party from their sector:

• Westcana Electric with headquarters in the central B.C. city of Prince George contributed $24,874 to the party and two local Liberal candidates from 2013-2016. In 2014, Westcana won a $3 million contract to maintain highway lighting in the Southern Interior. It has an ongoing contract for highway lighting in northern B.C.. Westcana did not respond to requests for an interview.

• BA Blacktop of North Vancouver gave $22,500 to the Liberals and $1,000 to the NDP from 2013-2016. In 2014, 2015 and 2016, BA Blacktop won three provincial road resurfacing contracts on the Sunshine Coast, north of Vancouver, worth $4.67 million. A spokesperson for the company said it wins competitive bids based on offering the lowest price.

With a file from Canadian Press