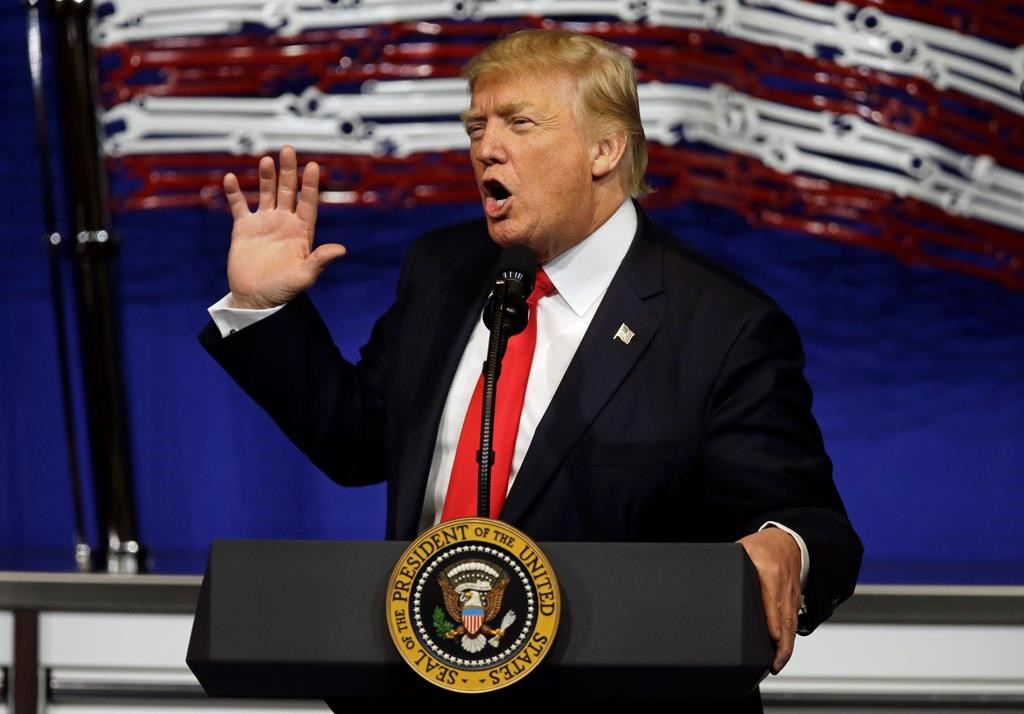 Fresh off slapping a duty on Canadian lumber, President Donald Trump is now making threats about dairy as the northern neighbour has suddenly, unexpectedly, become his No. 1 target for criticism lately on trade.

The president tweeted Tuesday: "Canada has made business for our dairy farmers in Wisconsin and other border states very difficult. We will not stand for this. Watch!"

That's what he wrote the morning after his government announced initial duties up to 24 per cent on Canadian lumber, with more expected later this year.

Lumber and dairy are longstanding irritants — and were also a problem file under previous presidents. In softwood lumber, the countries have a once-a-decade cycle of tariffs, trade litigation, and ultimately settlements.

What's new is how Trump is playing up the issue.

While Barack Obama referred to lumber as a minor irritant, the self-styled America First president is playing up these irritants as examples of his desire to get tough on trade.

His sudden flurry of complaints about Canada are a dramatic departure from the early days of his presidency — suddenly, he's complaining less about China and Mexico, and more about the northern neighbour.

In an exchange late Monday with conservative media gathered at the White House, the president said, according to Breitbart News: "We love Canada, wonderful people, wonderful country, but they have been very good about taking advantage of us through NAFTA."

Then his commerce secretary went out of his way to link this dispute to broader complaints, about dairy and about NAFTA: "It has been a bad week for U.S.-Canada trade relations," Wilbur Ross said.

"This is not our idea of a properly functioning free trade agreement."

The softwood spat is unfolding amid a much bigger trade issue — the renegotiation of the North American Free Trade Agreement.

Despite remarks from the president and his cabinet secretary, neither lumber nor dairy are actually part of the current NAFTA. However, different actors would be pleased to add provisions on one or the other.