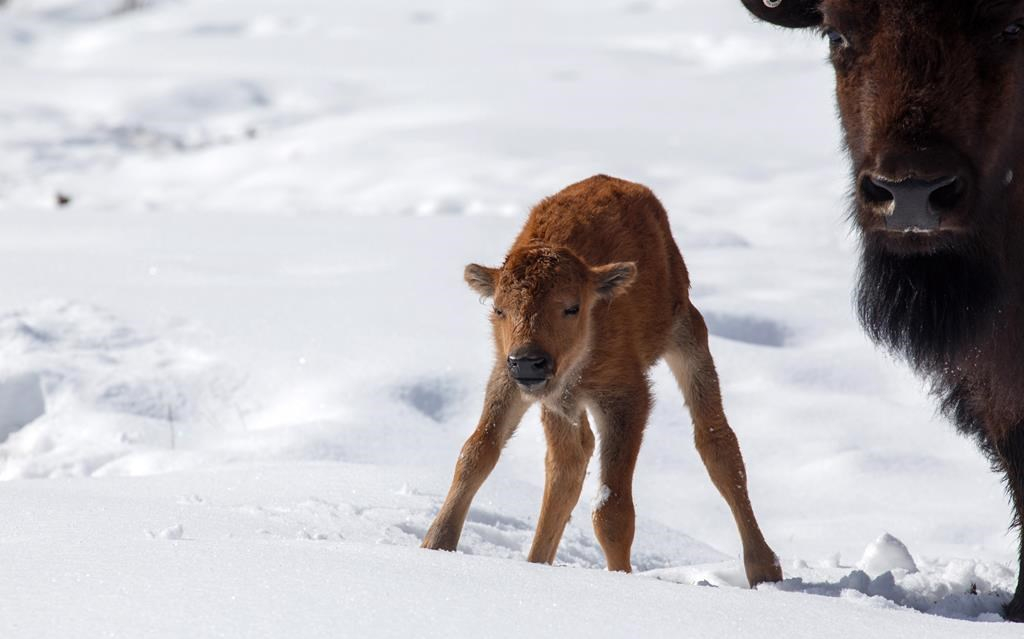 For the first time in more than 140 years, bison calves have been born in Banff National Park's backcountry.

Parks Canada said the first calf was born on Saturday in the Panther Valley area and two more have since made their debut.

The calves and their moms are doing well despite heavy snow in the area over the past few days, said Banff resource conservation manager Bill Hunt.

"Bison are very well adapted for this environment," he said Tuesday.

"The calves are nursing well and hanging out with their mothers and doing fine."

Parks Canada staff are monitoring the calves and ensuring predators stay away.

Vast herds of the ruminants roamed the mountainous landscape for thousands of years, but they were brought close to extinction because of overhunting in the 1800s.

In February, Parks Canada moved 16 of the beasts from east of Edmonton to a penned pasture in a remote area of Banff as part of a $6.4-million reintroduction project.

The herd that made the 400-kilometre journey by truck and helicopter included 10 pregnant cows and six young bulls.

"To have our first calves on the ground is really a momentous occasion," said Hunt.

"We've got photos posted up here in the office and staff are walking around with big smiles — really a proud moment."

Parks Canada staff are expecting seven more calves this month or next.

The calves' arrival is encouraging for the future of the project, as mothers tend to develop a connection with the land where they gave birth for the first time.

The bison are to reclaim their historic role in the ecosystem when they are released in the summer of 2018 into a 1,200-square-kilometre zone.

Mating usually happens in August, so the cows will give birth to a second generation of offspring before the gates are opened to the bigger area.

"That that will help these bison stay inside the park and really feel that Banff is their new home."

Here's how they brought the bison back to Banff