Colorado: Where you can buy all the weed you want and have nowhere to smoke 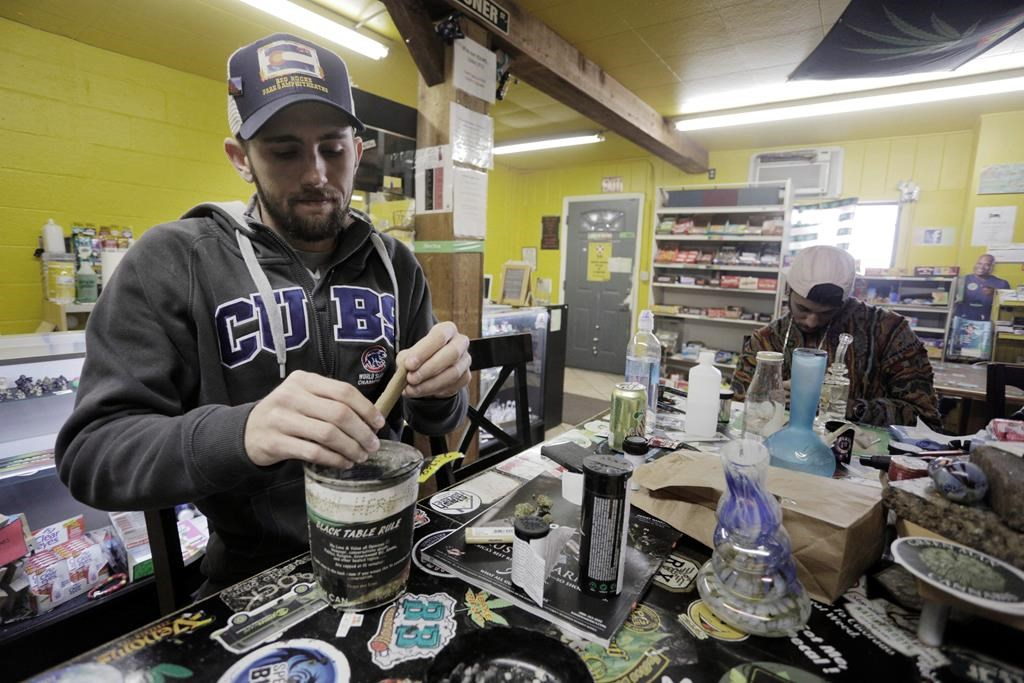 The number of Denver businesses that produce and sell marijuana, or supply pot paraphernalia, seems limitless. But the number of places where you can legally smoke it? Next to none.

"Personally, I think it's embarrassing," said Ricardo Baca, a Daily Beast columnist who founded The Denver Post's The Cannabist website. "Here we are, more than four years after legalization was signed into the state constitution, and very few people in this state have figured this out."

When Colorado voters passed an amendment to legalize marijuana in 2012, they lifted the ban on personal and private use, but not open and public consumption. Combine that with the state's Clean Indoor Air Act, which bans smoking indoors with a few exceptions, and using marijuana is illegal practically everywhere other than a private residence.

There are fewer than 10 legal consumption lounges in Colorado, said Baca, and most are in municipalities that either agreed to allow them or were caught by surprise when activists opened them up. Denver recently passed an initiative to enable designated smoking spaces, with applications expected in July, and state lawmakers are now considering similar regulations.

Pot proponents say the state should have acted sooner to provide spaces for people to use a legal substance. So as Canada prepares to unveil its recreational market on July 1, 2018, advocates are urging it to consider a framework for bring-your-own-marijuana clubs.

Just outside Denver, in unincorporated Adams County, one of the state's few smoking lounges sits in a faded blue low-rise next to an auto repair shop and sprawling parking lot. It's hardly the heart of the marijuana district, but it's an area where iBake can operate without fear of getting shut down.

The stench of cannabis hits visitors as soon as they walk through the door. The cramped lounge, with its yellow walls, marijuana leaf curtains and street signs reading "Stoner St." and "Baked Ave.," resembles a 1970s basement hang-out. A group of men, ranging from their 20s to 40s, gather around a table littered with glass pipes and rolling papers.

"If it wasn't for this place, when I moved out here alone, I wouldn't have any friends or family," said employee Matthew Majane, who is from Massachusetts. "This is where I met everyone I know out here."

The lounge cannot legally sell weed, but it's stocked with an impressively large variety of munchies and other merchandise for sale. Customers bring their own pot and pay $10 for a monthly membership plus $2 per visit.

Majane said about 80 per cent of the lounge's clientele are tourists, as fines for smoking in public, a non-smoking hotel room or a rental car start at $150 or $200.

Some tour companies and hotels have found ways to get around current laws. Visitors can take bus tours that allow smoking inside the vehicle because they are considered private, ticketed events, while a number of "4-20-friendly" hotels offer designated pot-smoking decks.

Ashley Kilroy, Denver's executive director of excise and licences, which oversees marijuana policy, said lawmakers at the state and city level have been debating consumption lounges for years.

"First, we have to figure out how to do it legally. Then, 'Should we or shouldn't we?' Then, 'What would be the best model?' " she said. "At the state level and at the city level, there has just not been an ability to get consensus."

Denver voters passed a citizen-initiated ordinance in November that allows businesses and events to apply for permits that would establish designated consumption areas within their buildings.

But days after the initiative passed, the state's liquor enforcement division announced a new rule that banned liquor licencees from applying for the permits — effectively blocking bars, most restaurants and even some art galleries and cafes from participating. The owner of the Sexy Pizza restaurant chain has filed a lawsuit against the state.

An advisory committee is pushing ahead with discussions on the new regulations, with the city aiming to start accepting applications in July, Kilroy said.

Andrew Freedman, Colorado's former director of marijuana co-ordination, said people want a place to use so that they don't have to smoke in their basement or risk a ticket on the sidewalk.

"Finding a responsible way to consume somewhere is still kind of an open policy debate in Colorado," said Freedman, who recently founded a consulting firm with Lewis Koski, former deputy senior director of enforcement at the Colorado Department of Revenue.

Freedman said one of the fears is that social smoking could normalize marijuana among children and youth. So far, the state has not seen an increase in youth consumption.

"We worry about an eight-year-old walking past floor-to-ceiling windows and seeing somebody in a hookah lounge smoking marijuana."