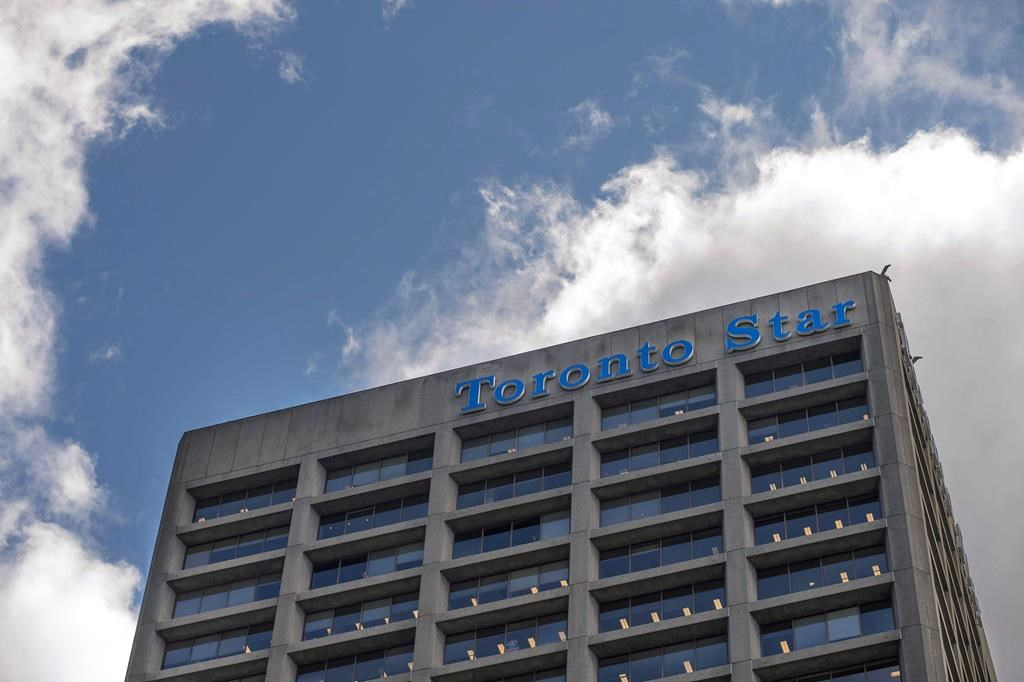 The Toronto Star building is shown in Toronto on a sunny Wed. June 8, 2016. File photo by The Canadian Press/Eduardo Lima
Previous story
Next story

The owner of the Toronto Star and other media operations reported a $24.4 million loss in its most recent quarter, during which it cut 110 jobs as it continues to grapple with declining advertising revenue.

The loss was an improvement from last year when the comparable losses were more than twice as big.

Torstar said it's aiming for $5.3 million of annualized savings from the previously announced downsizing. The layoffs include 25 employees when Metroland Media Group closed its Durham, Ont., printing plant in February this year.

He said restructuring initiatives already undertaken through the first quarter ended March 31 are expected to result in net savings of $13 million for the balance of the year.

The company's new CEO and publisher of the Toronto Star, John Boynton, also addressed analysts for the first time since he started in the role at the end of March.

"I think the asset collection itself is exciting, if we can put it together in a different way," he said.

Boynton provided an update on the Toronto Star's digital app, Star Touch, which has failed to meet the company's expectations on readership.

"The volume doesn't look like it's progressing at all," he said. "So we're currently just in review phase."

Torstar said it expects a $2 million lower net investment in the app for the balance of the year.

"We're not looking about rounding the edges," Boynton said. "We're looking to do something significant."

Editor's Note: Torstar holds an investment in The Canadian Press as part of a joint agreement with a subsidiary of the Globe and Mail and the parent company of Montreal's La Presse.

Postmedia laying off 15 positions at Ottawa Citizen and Montreal Gazette