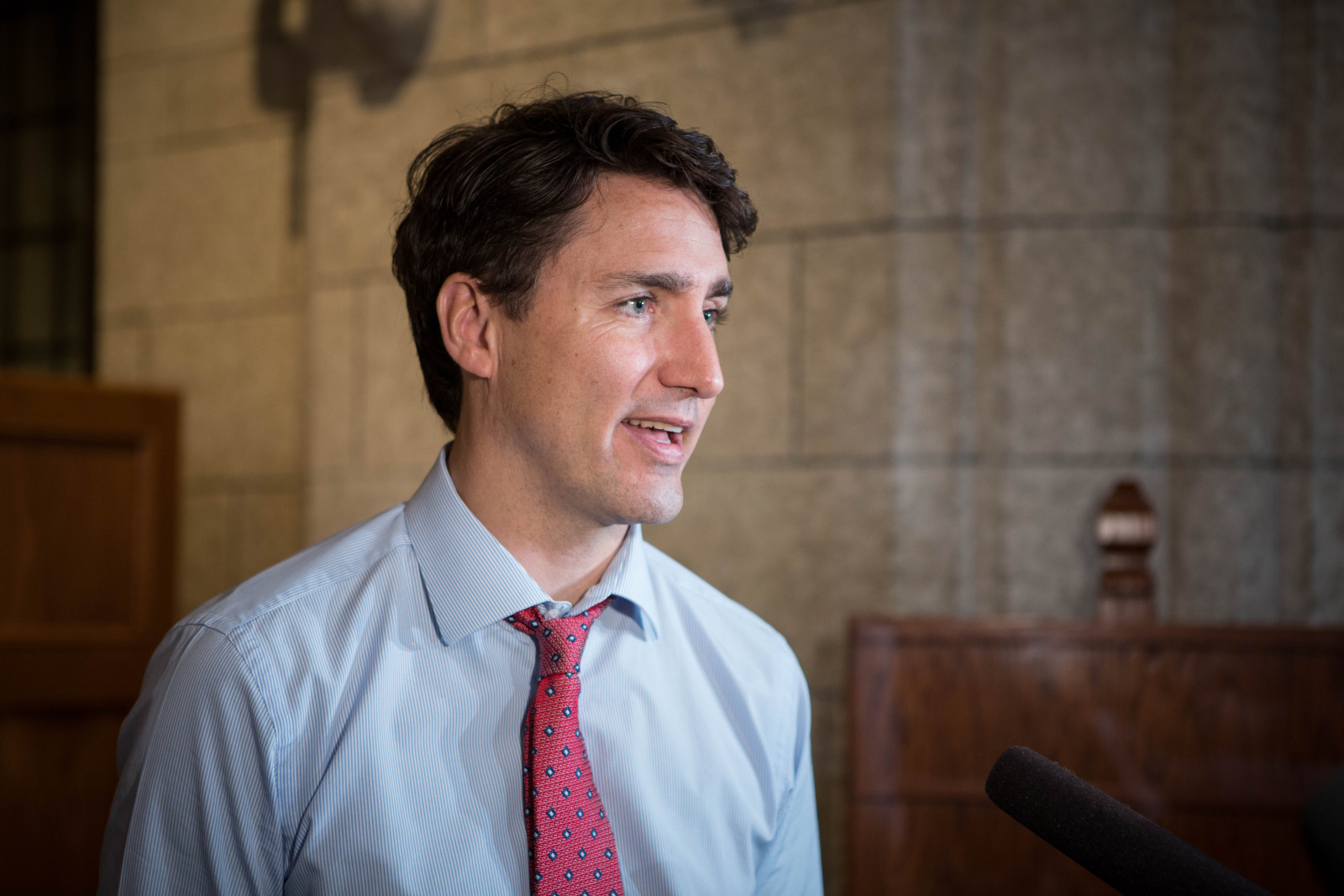 Prime Minister Justin Trudeau speaks to reporters on May 3, 2017 outside a weekly Liberal caucus on Parliament Hill in Ottawa. Photo by Alex Tétreault
Previous story
Next story

Prime Minister Justin Trudeau defended the importance of a free and independent press on Wednesday after he was criticized over Canadian reporters who face jail time for doing their jobs.

"A strong and independent media, a free press, is essential in the protection of our democracy and of its institutions," Prime Minister Trudeau said in the House of Commons during the daily question period. "It gives confidence to Canadians and today on World Press Freedom Day, it is important to highlight just that. Yes, of course, journalists should always be able to protect their sources. That is something we believe in strongly as a government and that is something that we will continue to defend and fight for, not just here in Canada, but around the world."

Trudeau made the comments in response to questions from NDP Leader Thomas Mulcair who highlighted how Canada had dropped to 22nd place on the World Press Freedom Index released this year by Reporters Without Borders.

The France-based organization has lowered Canada's ranking due to recent threats to journalism in Canada. VICE reporter Ben Makuch is facing possible jail time for refusing to hand over encrypted text messages from his source, a Calgary man accused of terrorism, to the RCMP. Meanwhile, Justin Brake of The Independent is facing criminal charges and up to 10 years in jail for defying a court injunction and reporting on the Indigenous-led occupation of Muskrat Falls last October.

"Canada dropped 14 points in the World Press Freedom Index under the watch of the Prime Minister," Mulcair said in the Commons. "Speaking of watching, journalists are under surveillance in Canada today and reporters are forced to fight the RCMP in court to protect their freedom. Happy World Press Freedom Day.

"This is not a proud record. This is also not a time for more empty phrases and talking points from the Prime Minister, so will the Prime Minister acknowledge here today that journalists have the right to protect their sources, yes or no?"

Speaking to reporters after question period, Mulcair noted that National Observer has also been targeted by federal officials for its public interest journalism. National Observer managing editor Mike De Souza, whose investigative work was recognized last weekend by an award from the Canadian Association of Journalists, recently reported that the National Energy Board spent $24,150 on an investigation to hunt for his sources.

"We look at really top flight journalists and institutions being singled out by Canadian media at this time. All you have to do is look at people like Ben Makuch over at VICE or Joël-Denis Bellavance at La Presse or Patrick Lagacé or Mike De Souza, someone I’ve known and admired the work of for many, many years in the environment and on energy issues."

"To see them being singled out, being targeted, being followed in Canada is a real source of concern for all of us. We wanted to make that important point today, that the Liberals have got to start acting with regard to protecting our freedoms, in particular freedom of the press which is being challenged more than ever before in our society."